Proclaimed by the New York Chronicle as the "king of his instrument", Stefan Dohr is widely regarded as one of the world’s greatest horn players. In addition to being Principal Horn of the Berlin Philharmonic, Stefan has collaborated as a soloist with the world’s leading conductors and orchestras. He returns to ANAM in March as our first international guest artist in our 2019 Season. 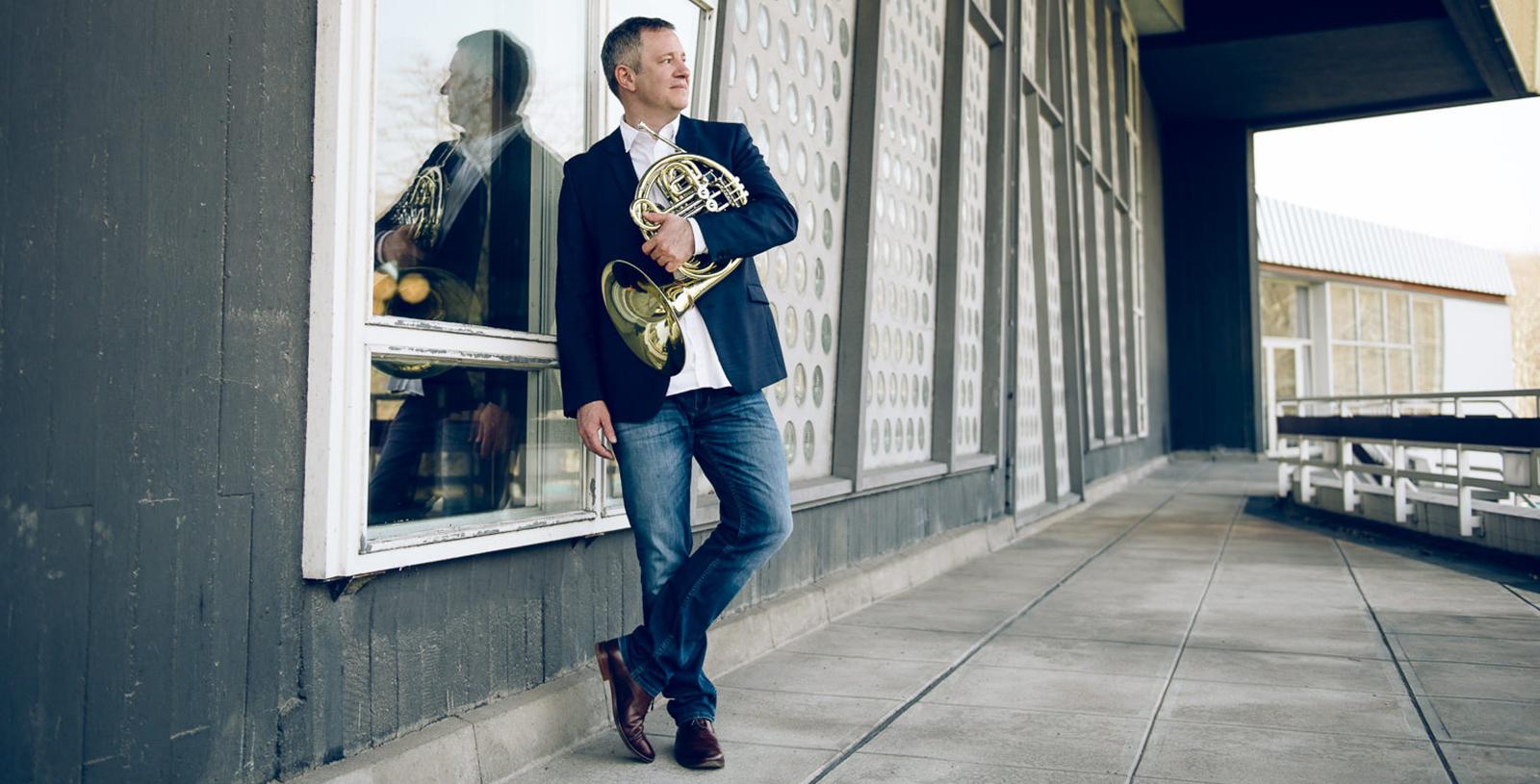 “I’m so looking forward to coming back to ANAM again – I can’t believe that by the time I get back there it will have already been almost two years since my last visit,” Stefan said. “I was really blown away by the quality of the playing and the musicianship of those at ANAM, as well as what excellent colleagues they all were. They really threw themselves into everything last time, so I wanted to come up with a program that challenged them as much as possible.”

On Friday 8 March we present a brass-centred showcase that includes rarely played music by Ravel’s contemporary, Albert Roussel, along with four pieces by Stravinsky and works by Zimmermann and Hindemith.

“The first program features music from some of the composers in the 20th century who really explored wind and brass instruments as entities in themselves, so it covers a huge expressive and technical range for the players,” Stefan said.

As well as performing the great Classical and Romantic works for horn, Stefan is continually expanding his instrument’s repertoire – commissioning and premiering new pieces by today’s foremost composers. A highlight in the second program, to be performed on Thursday 14 March, will be a piece by ANAM’s former Artistic Director, Brett Dean. His 3 Pieces for 8 Horns, is music written for, and inspired by, the Berlin Philharmonic’s horn section, which takes as its starting point Mahler’s haunting writing for horns in his Symphony no. 3.

“Brett’s piece was written for our horn section back in 1998 – when he was still a full-time member of our orchestra actually!” Stefan explains. “It’s amazing where his career has gone in that time, and I’m so happy to be getting to come back to this piece again at ANAM, a place that’s obviously very special to him, and is becoming very special to me too.”

Following his performances at the South Melbourne Town Hall, Stefan will travel with ANAM musicians to Geelong for a concert at the McAuley Hall in Sacred Heart College on Friday 15 March.

Find out more at stefandohr.com