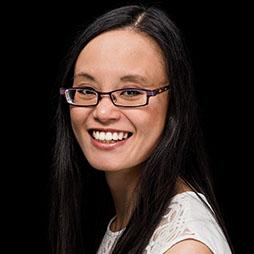 No musician, whether an already-established, hardened professional, or one studying, training or tentatively transitioning to that challenging way of life, would have been prepared for the worldwide, vocational and personal consequences of the 2020 pandemic.

In such troubling and challenging times, it’s a joy to encounter a positive, talented and articulate person to provide reminders that adversities do realise opportunities, and that there are always gains to be found through a positive and realistic mindset.

Pianist Gladys Chua, also dabbler on harpsichord, celeste, fortepiano, organ and synthesiser, spent four years at ANAM, a full three years developing and honing her keyboard musicianship from 2011 until 2013, followed by a Fellowship year in 2014.

Gladys juggles two positions: piano accompanist at Perth’s Penrhos College, and associate lecturer at the University of Western Australia. During the pandemic, her teaching continues online with students recording a video in advance of a discussion in the online lessons, a process working especially well with more mature students.

Gladys was born in Malaysia and moved with her family to Perth at the age of five. Her parents were not trained musicians, although her father took up guitar as an adult. There was classical music and a CD collection in the house to be explored and nurture her love of music. In the early childhood years, Gladys was inspired when her older brother began learning the keyboard. At the age of four, she had to prove her counting and alphabet skills before being permitted any musical training, even though she was impatient to practise with her brother.

“… it must have been something about the sound or the act of playing music that was really fun.”

Her musical development continued with the addition of violin from Year Three. She gained valuable insights through multiple orchestras, bands and choirs at school, and continued her studies in Melbourne from 2005 until 2009 through a scholarship to The University of Melbourne. She also spent two years as resident music tutor and director of music at Queen's College, and gained invaluable experience, and a growing reputation, through a repetiteur internship at The Opera Studio Melbourne and the Australian Youth Orchestra’s Chamber Players program. An ANAM chamber music competition gave her an unexpected audition through a serendipitous collaboration with two ANAM-based string players for a Smetana piano trio performance.

Of her experiences at ANAM, Gladys remembers music-making which encouraged, challenged and inspired her. “Thanks to so many electrifying performances, I discovered music I never knew existed (and still other music that I never thought I would be drawn to); and during ‘lockdown periods’ I would cancel all social occasions because there were just so many notes to learn.” She still managed some time-out to master the art of cryptic crosswords with Anton, ANAM’s former security guard.

Gladys arrived at ANAM with considerable experience under her fingers, and the learnings and guidance acquired from her earlier teachers that had shaped her musical personality, her playing technique and approach to a life of performance. She acknowledges her debt to those people when talking about the pivotal opportunity ANAM Faculty and peers provided for her.

“I know for certain I would not be a professional musician had I not studied at ANAM. There were so many opportunities to learn, perform, refine, try again – and repeat the process.”

A marked facet of Gladys’s positive and open personality is her ability to look on herself objectively and honestly. “Being at ANAM also taught me what my expectations and capabilities are. I met many wonderful people – fellow musicians, teachers and guest musicians. I owe so much to my incredible teacher, Tim Young. From him I learned not just about the piano, but how to think about, and approach, music, as well as some pedagogical tools that I still use, and am passing on to my students now. I was taught to ask questions, to really consider why and how I do things, to learn well and learn fast. My time there was intense and extremely rewarding.” Tim Young was also an important facilitator for Gladys continuing with the 2014 Fellowship, following her three years of study. This fellowship period greatly eased her transition into the professional world.

In a recent letter she wrote for ANAM’s 2020 cohort, Gladys shared her wisdom about thriving in lockdown. “One of my ANAM teachers said that everybody could teach you at least one thing, from the most experienced master to the young child. The time at ANAM is a short burst, but packed with so much; expect to work hard and tread water to keep up. Your teachers no doubt tell you that this is a unique time in your life, where you have the luxury to be surrounded by music and time to hone your craft. I only realised the value of that once I had left the safety of ANAM.”

We discussed the challenges of being a musician and the transition from studying and learning to being a professional. Gladys emphasises the need for constant discipline, particularly with a professional reputation to manage. Then there’s financial survival. “Being in training for so long, and with my personal desire to continue learning, I often see an opportunity in terms of being something to learn from. Part of my challenge has been how to put a monetary value on my time, and charging what I’m worth.”

Although yet to take up work and further studies in other countries, Gladys has few doubts that, for her, life’s challenges anywhere will be met through her learnings, her confidence and her sense of self.

“One is never done with music – there’s always more to explore.”

There have been overseas travels with memorable experiences. She tells a tale from a 2016 European tour with her school students which included a festival at the Goldener Saal in Vienna’s Musikverein. “We also performed in the Alps on an Austrian national holiday for the opening of a new adventure park, Ghost Mountain. Everybody was wearing Austrian dress, and there were speeches, cannons and a whip-cracking display. I was playing on a digital piano that we had to cart up the mountain, sitting on uneven ground, unable to see the iPad I was reading from because of the glare (it was a sunny day), with the most stunning scenery I have ever seen. It was bizarre but fabulous!”

Descending from the sublime mountain backdrops, Gladys has also played chamber music in more mundane settings; in fact, she once played next to a fridge. Even for Gladys, performances can throw up scary moments. “Once, while playing the Schubert Trout Quintet, I missed my third entry on the first page because I was enjoying the strings doing their thing so much. I remember thinking: ‘Oh, that’s lovely, and that’s where the piano has that bit. Wait, why is the pianist not playing? Oh no, that’s ME! Play!!’ I managed to concentrate much harder for the rest of the piece!”

How does Gladys view her future, in the short and longer term? Although there are no specific projects in the pipeline, she is always plotting. “I keep two lists: the first, some colleagues with whom I love playing. Many of them come from my time at ANAM. The second, pieces I want to play. Sometimes they’re hallmarks of the repertoire, sometimes they’re chamber works for strange combinations that are difficult to get together, and sometimes they’re simply pieces that people have mentioned to me.” On the more distant horizon, a secure position teaching and mentoring, and performing chamber music with others, are definite goals.

Gladys distils her best advice for herself into a couple of sentences: “To keep my mind open, but not so much that my brains fall out! Practice is insurance; talent without hard work will not save me under pressure. All art is a work in progress – on some days, you have to turn to what you have; some days will be disappointing, but tomorrow is a new day to try again.” Easily said, but from Gladys these words have an innate credibility.

Gladys’ CV now includes a rich performance history: she plays a broad and diverse repertoire, in solo recitals and in ensembles, in festivals and touring programs, including a national ANAM Artists tour in 2018 as a member of Ensemble Peregrine, which included works for winds and piano by Mozart, Poulenc, Jörg Widmann and Paul Stanhope. Think of a composition and there’s a strong possibility that Gladys has performed it, or that it’s on her wish list.

During the preparation of this profile, she appeared in an online recital with clarinettist Ashley Smith (clarinet 2010), in a Melbourne Digital Concert Hall satellite night from Perth, and has recorded with several WASO musicians for their Ensemble Editions concerts, presented online HERE.

With such extensive experience, does Gladys have a favourite piece? “I know it’s clichéd, but often it’s what I’m currently working on – mostly because it’s the thing that is going around in my mind, and I’m hoping to get inside it by sitting with it, end exploring everything I can for that time. I can’t go past the music of JS Bach, though – he was a genius and there’s always something more to discover… Wait! And there’s also Schumann’s Dichterliebe and Mozart’s Don Giovanni… I said this was hard!”

As you can see, Gladys is a highly accomplished and articulate professional; a modest member of ANAM’s richly talented and expanding global alumni community.

Yes, believe it or not she does manage some time completely away from music, centred on food, coffee and friends, preferably all three together. She is also strongly involved in her church community and somehow, somewhere, sometime during the day or night, finds moments for quizzing and puzzling… and doubtless some napping.

Gladys is one for these times, a front-row-of-the-grid person, always ready to take off, and to seize and enjoy new opportunities.