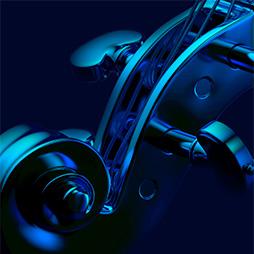 Tickets to this event can be booked for FREE with an ANAMates Membership.

German violist Tabea Zimmermann is one of the world’s great ambassadors of her instrument. Her artistry has been documented on over fifty albums for EMI, Teldec, Harmonia Mundi and Deutsche Grammophone. She’s appeared as a soloist with the Berlin Philharmonic and London Symphony orchestras, and performed in chamber settings alongside Gidon Kremer and Steven Isserlis.

Stefanie Farrands, who studied with Tabea at the Hochschule für Musik ‘Hanns Eisler’ in Berlin, is an ANAM alumna, and currently Principal Viola of the Tasmanian Symphony Orchestra. In 2016 Stefanie won the Freedman Fellowship, dedicating her prize to commissioning new works by Australian composers. One of these is Yitzhak Yedid’s Mother Tongue, inspired by the lost language of the Barngarla Aboriginal community. In a touching teacher-student reunion, Tabea Zimmermann joins Stefanie Farrands and musicians from ANAM to play works by Hindemith, Yedid and Enescu.