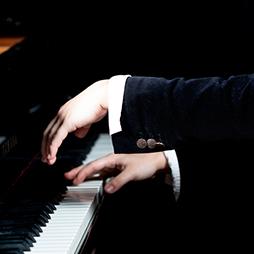 Mozart’s exploration of the impressive symphonic effects made possible with four hands at one piano began when he and his older sister Nannerl played duets all over Europe through the tours they were taken on by their father Leopold. These Sonatas explore the limits of the instruments range and dynamic, containing highly virtuosic playing of equal importance in both parts. This concert presents an eight hand transcription of one of his most popular operatic overtures, The Magic Flute, his powerful Fantasy in f minor in a brilliant transcription for four hands by the Italian piano virtuoso Feruccio Busoni and culminates with two of his most accomplished Sonatas for four hands at one piano and two pianos, both in the key of D!

Presented by Beleura House and Garden