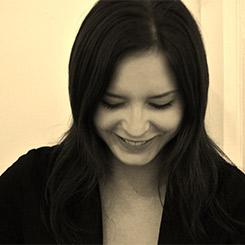 Described as "haunting”, “enigmatic” and “inspired”, the music of Australian-born,US-based composer Samantha Wolf inhabits the space between the classical, contemporary, acoustic and electroacoustic worlds, while being grounded in the notated tradition.

A graduate of the Queensland and Melbourne Conservatoriums, and the recipient of numerous awards, her diverse practice encompasses solo, chamber, and orchestral works, interdisciplinary collaborations, and electroacoustic works incorporating noise, speech, and found sounds. Samantha has worked with many of Australia’s leading ensembles, including the Melbourne and Tasmanian Symphony Orchestras, Elision, Ensemble Offspring, The Song Company, Rubiks Collective, and Kupka’s Piano, with whom she is an Associate Artist.

Samantha is represented by the Australian Music Centre.