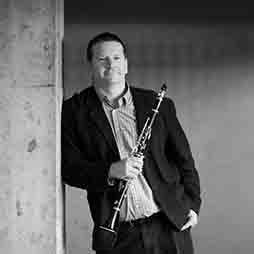 Performed at the ANAM Set Festival by
Andrew Crothers (viola)

Program note:
This work is a heartfelt tribute to Scott Morrison’s Australia; a work to be played in marginal electorates, preferably in unconstructed commuter car parks.

About the composer:
Brisbane born and bred clarinetist Paul Dean is regarded as one of Australia's foremost musicians in his multiple capacities as soloist, recitalist, chamber musician, composer and artistic director. He currently holds the position of Head of Winds at Queensland Conservatorium, Griffith University. Paul was the Artistic Director of the Australian National Academy of Music (ANAM) from 2010 - 2015 and is a Principal Clarinet with the Australian World Orchestra. He is a founding member of the Endeavour Trio and is Co-Artistic Director of Ensemble Q with cellist Trish O'Brien.

Paul was appointed Composer in Residence for the Melbourne Symphony Orchestra's 2019 season. His clarinet concerto was premiered by the MSO with the composer as soloist and Michael Collins conducting. His violin concerto, A Brief History, was dedicated to Stephen Hawking and was premiered in the MSO's Symphonic Universe performances with presenter Brian Cox and violinist Jack Liebeck.