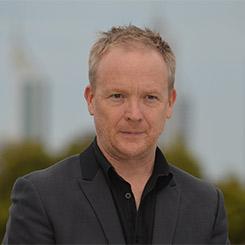 Performed at the ANAM Set Festival by
Alexandra Allan (oboe)

Program note:
When I was thinking about a solo work for oboe, the idea of extended techniques was at the front of my mind. However, so much has already been done in this area, that I turned to electronics and how its use might fall under the banner of ‘extended technique’. I thought the inclusion of 'self-sufficient' electronics was one way to approach it. Using mobile phones seemed an obvious choice, as it is really easy to set up and requires no complex audio equipment. It’s very portable and self-contained. There is a duality that pervades this piece: libraries are places for quiet reading and contemplation and generally not for loud, brassy, ceremonial pieces. Talking on a phone is also shunned and I liked the idea of fanfares and mobile phones coming together where they should not. In Fanfares for Libraries, the oboe has a series of quiet, fanfare-like figures. Portions of the work are recorded onto a smartphone live, while the piece is in progress. These recordings are then played back on the phone‘s speaker, mixing with the live instrument to create a multi-layered work.

About the composer:
James Ledger is a composer with a breadth of work spanning solo, chamber and orchestral music. He has held residencies with the West Australian, Adelaide and Christchurch (NZ) Symphony Orchestras, the Australian National Academy of Music and the Australian Festival of Chamber Music. He has received commissions from Australia’s leading ensembles including the Melbourne, Sydney and Tasmanian symphony orchestras, the Australian Chamber Orchestra and Australian String Quartet. James has collaborated with Paul Kelly and released two ARIA award winning albums: Conversations with Ghosts and Thirteen Ways to Look at Birds. He has won APRA Art Music Awards for three orchestral works including most recently Viola Concerto. He is Chair of Composition at the Conservatorium of Music at the University of Western Australia.