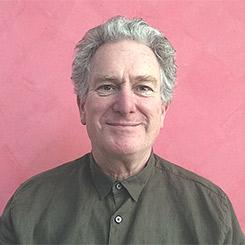 Soliloquy
for cello
Composed for Daniel Chiou
First performance: 14 May 2022

Performed at the ANAM Set Festival by
Daniel Chiou (cello)

Program note:
In a dramatic soliloquy a character, unheard by others, works through an idea or processes an emotional state, so it seemed a nice title for a short work that would enable its dedicatee, Daniel Chiou, to explore a variety of moods and colours.

It consists of two sections: the first should sound almost improvised, with sudden changes from rich multiple-stopped harmonies to more fleeting motifs, glinting harmonics and left-hand pizzicato. The faster second section is much more concerned with rhythmic and metrical effects until a short coda of simple chords in bell-like harmonics.

About the composer:
Gordon Kerry is a composer and writer based on north-eastern Victoria. In 2021 his work has been featured in an extensive tour by the Omega Ensemble (Clarinet Quintet), at the Adelaide Festival’s Chamber Landscapes Series (Clarinet and Viola Quintets, and in concert with the Australian Chamber Choir (Seven Last Words). Forthcoming performances include his Sinfonia Concertante with Alison Mitchell, Irit Silver and the Queensland Symphony Orchestra; Christchurch Monody for The Marais Project, a new Mass and a Violin Sonata for Musica Viva.

Recent works include music for Plexus, Elysian Fields, Acacia Quartet and Halcyon; his Piano Trio No.3 for Firebird Trio, The Snow Queen (his fourth opera, to a libretto by John Kinsella) for Victorian Opera, a violin concerto, and a Second String Quintet for the Australian String Quartet and cellist Pieter Wispelwey. Other operas include Midnight Son (to Louis Nowra’s libretto) for Victoria Opera and Medea (to Justin Macdonnell’s libretto). His orchestral music includes works commissioned by the ABC, BBC, Symphony Australia, and the Australian and Sydney Youth Orchestras and includes seven concertos, a symphony and various tone-poems. He was ANAM’s inaugural composer-in-residence in 2008.

He is the author of New Classical Music: Composing Australia and numerous articles and book chapters on musical subjects. He has been awarded fellowships by the Ian Potter Cultural trust, the Australia Council, the Peggy Glanville-Hicks Trust and the Virginia Centre for the Creative Arts.

Gordon Kerry studied composition with Barry Conyngham at the University of Melbourne.