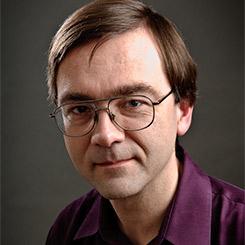 Performed at the ANAM Set festival by
Lyndon Watts (bassoon)

Program note:
Writing unaccompanied solo works for single-line instruments is often considered to be particularly challenging, as there is nowhere to hide. The present work can be seen in some ways as an essay in dramatising this scenario: the music is constantly seeking refuge, in ambiguity and misdirection, in the spaces between one thing and another. Elusiveness is encapsulated not only in the meaning of the title, but in the word itself. It differs by a single letter from the genre label Etude, with its connotations of virtuosic patterning to build technique; but it also shares with Prelude and Interlude a key semantic element relating to play. The characteristically forthright sound of the bassoon is often avoided, through the use of techniques such as muffled fingerings, timbre trills, quiet slap-tonguing and unorthodox overblown harmonics. However, the music’s main strategy for evasion is structural: the line exploits sudden twists, bifurcations, rhythmic dislocations, false trails and disguised returns, as if eluding pursuit through the corridors of a labyrinth. From time to time there are glimpses of a more tranquil space, but these in their turn prove elusive.

About the composer:
Elliott Gyger holds degrees in composition from the University of Sydney (BMus Honours, 1990) and Harvard University (PhD, 2002). His composition teachers have included Ross Edwards, Peter Sculthorpe, Bernard Rands and Mario Davidovsky. His work explores a purely musical sense of drama and narrative, and the multilayered interplay of music and text, in a fluent and highly refined lyrical modernist idiom.

Major works include concertos for E flat clarinet (A wilderness of mirrors, 1996), celesta (Angels and Insects, 2010), tenor saxophone (Smoke and Mirrors, 2014) and prepared piano (From Joyous Leaves, 2015); an hour-long solo piano cycle for Michael Kieran Harvey inspired by Dante, Inferno (2013); and six vocal chamber works for Sydney ensemble Halcyon. He has collaborated with librettist Pierce Wilcox on two critically acclaimed works for Sydney Chamber Opera: adaptations of David Malouf’s novel Fly Away Peter (2015), and Peter Carey’s Oscar and Lucinda (2019), the latter named as Dramatic Work of the Year in the 2020 Art Music Awards. His “dialogue for orchestra” on air (2011) was awarded the Sydney Symphony 80th Anniversary Composition Prize, receiving its first performances with the SSO under Vladimir Ashkenazy in March 2012. He is a three-time finalist for the Paul Lowin Song Cycle Prize, winning the 2013 award with giving voice (2012).

Elliott is also active as a conductor, teacher and writer on new music. He is currently Associate Professor of Music (Composition) at the University of Melbourne.