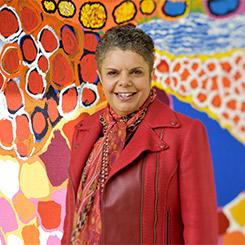 Program note:
Upon receiving the invitation to create a new work for ANAM I immediately thought of the double bass.

As a composer, who comes from a vocal, woodwind and keyboard performance background, I have always sought out the opportunity to extend my knowledge and experience of instruments for which I have limited practical experience and so my collaboration with Ben Saffir was formed.

Somewhere between Melbourne lockdowns I had the great pleasure of meeting Ben and we had a wonderful discussion about all manner of things including the possibilities for the work.  We had such great plans for our creative process but then lockdowns 5 and 6 intervened.

In the gloom of an extended Melbourne lockdown I created Fault Lines. It seemed to me that yet another casualty of COVID-19 was the cohesion of our society. As borders closed and inconsistencies in policy from state to state began to dominate the evening news I could see the fault lines opening up like great caverns before us. The fragile identity of a country that has not yet fully dealt with its beginnings was put to the test and, at times, found wanting.

I have sought to capture this in the first movement with with lurching and uncertain phrasing, full of doubt. In contrast, the second movement is a simple melodic meditation, slightly pensive in nature. The dogged determination and percussive interruptions of the final movement are reminiscent of the weary resilience which has become all too familiar a feeling over the last 18 months. Throughout the work at varying intervals a high B is played as a harmonic Sul G (on the G string) in the upper register of the bass, signalling each of the lockdowns endured by Melbourne in 2020/21. Ben ventured to suggest during one of our communications that, although he hoped I wouldn’t have to, I may need to prepare myself to add additional lockdown markers in the score. Sadly, how right he was.

About the composer:
Deborah Cheetham, Yorta Yorta woman, soprano, composer and educator, has been a leader and pioneer in the Australian arts landscape for more than 25 years. In 2014, Cheetham was appointed as an Officer of the Order of Australia (AO), for “distinguished service to the performing arts as an opera singer, composer and artistic director, to the development of Indigenous artists, and to innovation in performance”.

In 2015 she was inducted onto the Honour Roll of Women in Victoria and in 2018 received an Honorary Doctorate from the University of South Australia.

In 2019 Deborah Cheetham established the One Day in January project designed to nurture Indigenous orchestral musicians. She also received the Sir Bernard Heinze Memorial Award, the Merlyn Myer Prize for Composition, and was inducted onto the Victorian Aboriginal Honour Roll. Deborah was the 2019 winner of the prestigious Melbourne Prize for Music and was named Limelight Magazine’s Critics Choice Artist of the Year. In 2020 Deborah was named composer-in-residence for the MSO and commenced her appointment at Monash University as Professor of Music practice. In 2021 she began a five year appointment as First Nations Chair of MSO.