Life at ANAM: A Week in the Lives of ANAM Musicians

What is it like be an ANAM musician? To answer to this question, first year Darcy O’Malley (trumpet) and second year Johnny van Gend (violin) share a week in their lives at ANAM. 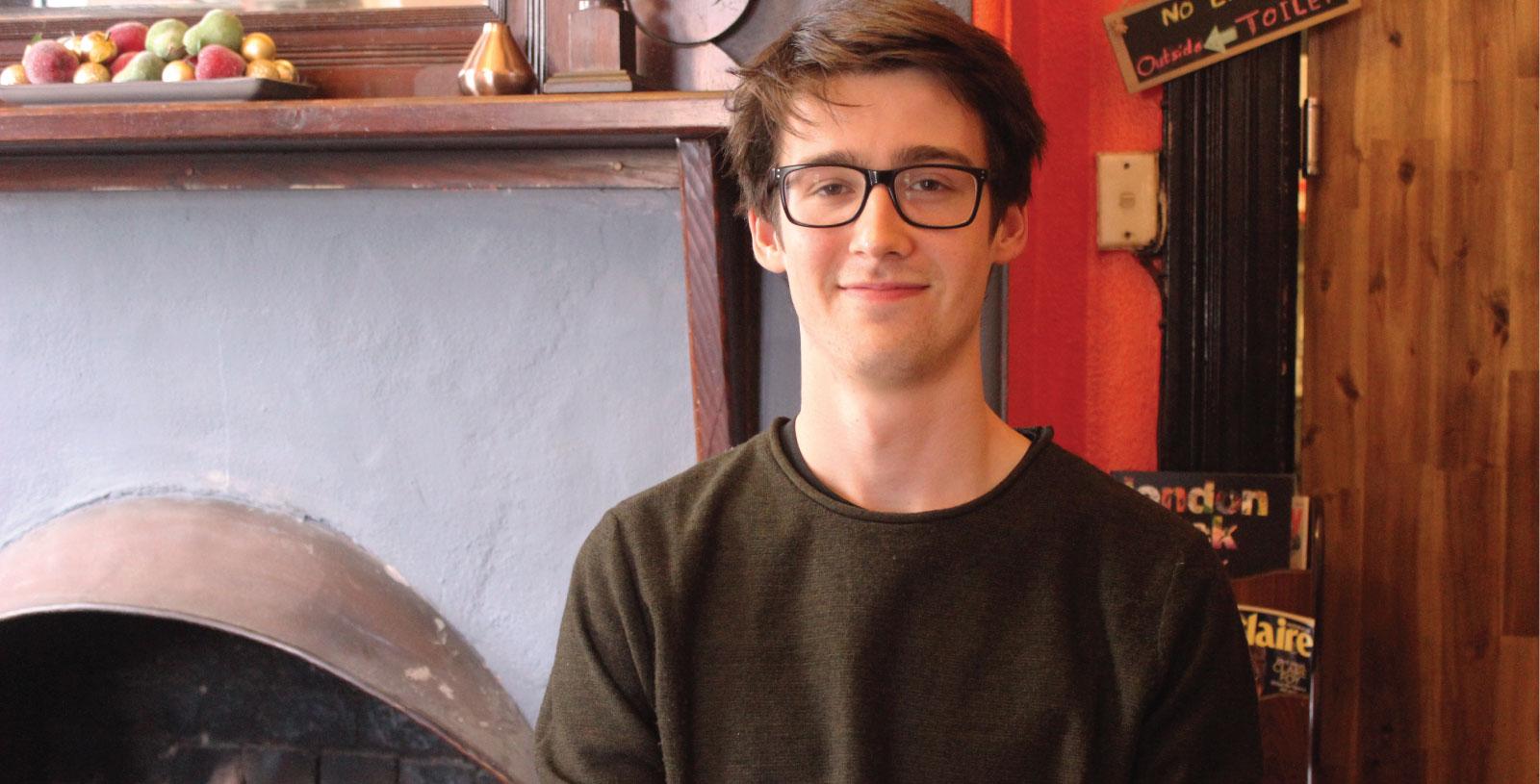 The First Day of the First Year

It was the verbal recommendations that persuaded Darcy to come to ANAM.

Darcy: I am not really sure what I expected. I was actually looking at going to Europe or America to study, but I had a few friends who used to train at ANAM and said I should audition. So I auditioned – not thinking I would get in, because I knew it was very hard to get in. When I got to the second round, I asked Yoram Levy, who was my teacher at the time in Hobart: “Should I go to ANAM?” And he was like, “you should definitely do it”. And it’s just been amazing. Later I found out that Yoram was also going to start working at ANAM. He comes up every few weeks from Hobart to teach. Having the same teacher here helped me with the transition.

Johnny: I felt like I still wanted intensive performance-based training though. That’s exactly what ANAM offers. It’s the ideal performance-oriented place to study: Individual studio lessons where you hone your craft; Chamber rehearsals where you work together in ensembles, learn to run rehearsals yourselves and apply what you learned; Amazing orchestral repertoire, playing alongside a professional orchestra; and, of course, Associate Professor Bronwen Ackerman coming in as part of the performance enhancement program. The training program is all geared towards performance – which is absolutely what I wanted and needed.

I expected ANAM to be a little less busy than uni. Turns out, it wasn’t exactly true. Even though there are ‘quieter times,’ there are also intense, busy weeks. Some weeks you will just have your normal lesson and a few chamber rehearsals. Other weeks you will have rehearsals from 1pm to 7pm with an hour break in the middle, every night until the concert. Very full-on in a good way! It’s always exciting. 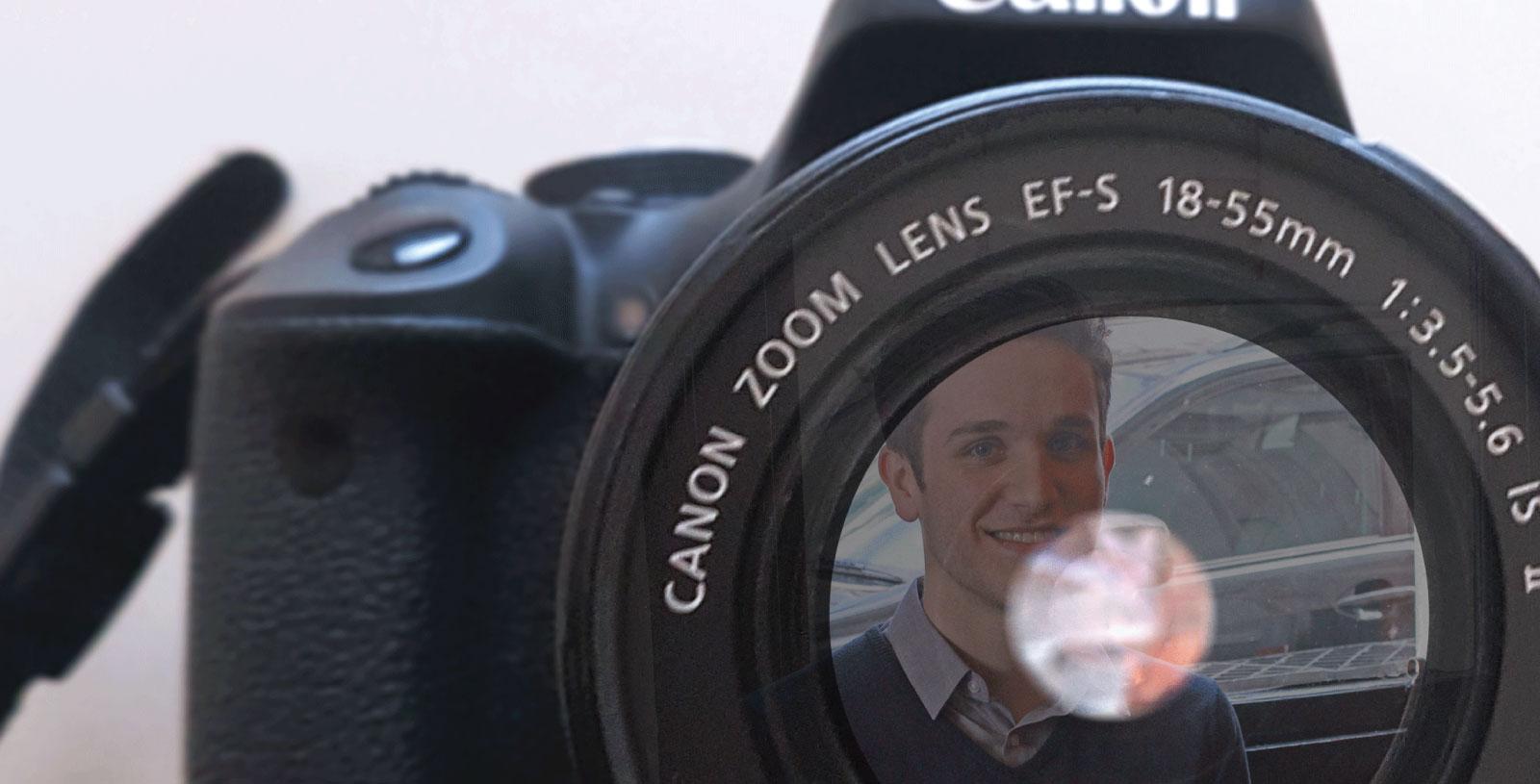 A Week with the West Australian Symphony Orchestra (WASO)

If there’s one thing that Johnny and Darcy agree, it’s that they didn’t realise the number of opportunities they would have to tour and perform with professional orchestras around Australia and New Zealand.

Darcy: I performed with the Auckland Philharmonia Orchestra earlier this year. I am doing the WASO side-by-side project soon. I couldn’t have imagined an opportunity to play with such fantastic orchestras.

Darcy: Michael Mulcahy was here recently from the Chicago Symphony Orchestra. A couple of weeks ago, we had Andrew Bain from the Los Angeles Philharmonic Orchestra.

On Wednesday 5 June, WASO musicians were in the building from 8am onwards. Brass sectional started at 11.30am in the Council Chamber, followed by Trumpet and Horn sectionals and the Low Brass sectional. Darcy discusses how Principal Horn and Principal Tuba of WASO flew from Perth to spend the day with ANAM musicians.

Darcy: The day started with a performance at Albert Park Primary School, and then we had to rush back to ANAM and have our brass sectionals for the WASO side-by-side project. A little break, and then we had trumpet and horn sectional rehearsals. And then a friend of mine had a recital at night.

Performance class provides stage experience. Recitals offer freedom to do what you want to do. Just listening to other people performing is an important part of what we do, listening to recordings, as well as the numerous live performances at ANAM. We are able to listen to ANAM’s Season concerts. I get a clearer idea of what I want to sound like and how I want to play. In Hobart we always listened to other recitals – there was a real sense of community – and here, too, all the brass musicians will go to each other’s recitals. Everyone makes a real effort to help each other out, and encourage each other as performers.

We get a lot of talks and presentations by Bronwen Ackermann who’s often here. She’s passionate about helping us find better ways of using our bodies to play the instruments. WASO musicians were also sharing their insights and personal stories. We had horn players talk about their injuries – taking us through the processes of how they recovered, and found ways to overcome performance anxiety and make performing enjoyable again.

Recently we had Principal Horn of Sydney Symphony Orchestra taking us through rehearsals. We are constantly having these amazing people around.

It’s a rare and privileged opportunity to be able to hear the world class musicians talk about what they do, and for Darcy, it is one of the highlights of his life at ANAM. Darcy gives the masterclasses with Michael Collins and Michael Mulcahy as examples, who spoke about their career progression; when they were the cohort’s age, what they were going through, how they overcame their own challenges and how they approached things. Besides being more relatable than a lecture, it also makes ambitious goals seem more achievable.

There is a constant sense that we are nurtured, helped along our journey. And guidance leads to action. When you have all of this information, it’s great to just get into a practice room and find ways to apply it.

A Week with Nicholas Carter

Johnny: I really enjoyed the Nicholas Carter Beethoven and Bruckner concert. I might be a little bit biased because I was the concertmaster.

Melbourne Recital Centre concerts are always special, and the concert was also recorded for delayed broadcast by ABC Classic. Being a concertmaster meant a lot more pressure, and additional preparation.

Johnny: As concertmaster, you have to know all of the string parts and do the bowings to get the string section unified. Knowing the wind and brass parts as well. The Concertmaster is a liaison between the conductor and the orchestra, and needs a big enough presence to bring the orchestra together, looking at the other string principals, remembering the things you want to come back to and asking the conductor to repeat a section. The big thing is to have the right kind of personality to keep rehearsals positive. It was a good experience just learning how to take on this role. A lot of leadership was involved, and it demanded a deeper understanding of music and a trust between musicians.

The rehearsals started on a Monday. The first day of rehearsals were from 1pm –7pm with a one hour break in-between. Making the most of the leisure time, Johnny brought his AFL football.

Johnny: What started as a few people kicking the footy became about 20 people running around the grassy bit just outside ANAM.

Most of the rehearsals are private, but one of the rehearsals was open to an invited audience. Talking to the audience members afterwards, I found out that a few of them were new to classical music and the ANAM experience. There was a colleague playing violin, and in front of them was an ANAM supporter. It was a unique experience and a confidence booster. 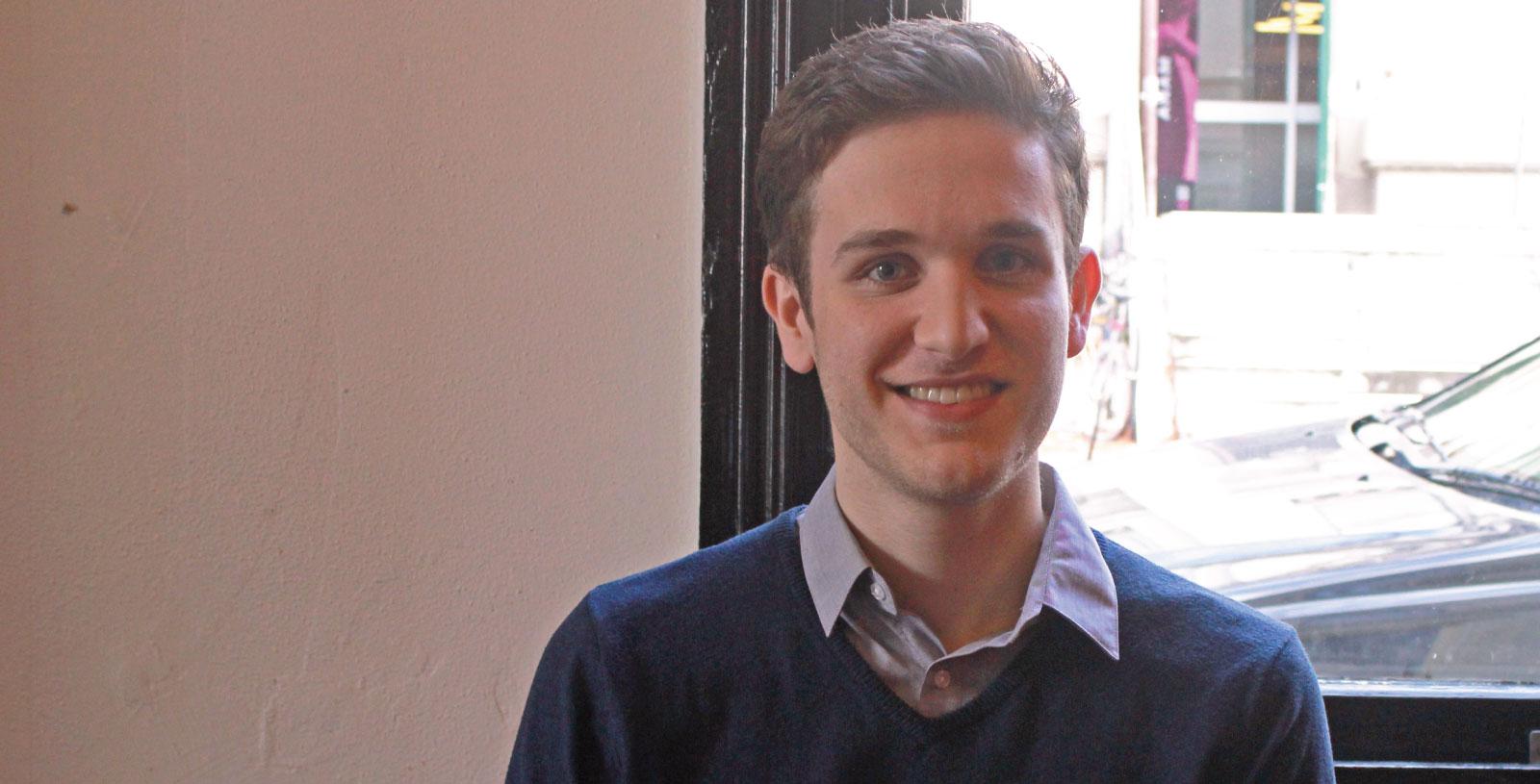 In the meantime, there were also other residencies running alongside the busy rehearsal week. Michael Keiran Harvey was in the building for ‘Symphony in No Need of an Orchestra,’ and regular lessons, coaching, and practice sessions continued in the other pockets of the building. Almost as soon as the Beethoven and Bruckner project was over, the string players had another intense week – Mauricio Fuks was down under.

Johnny: The Beethoven and Bruckner concert was on Friday 24 May. Mauricio Fuks’ lessons started on Saturday morning, going straight in. We were sitting in on colleagues’ lessons, and then I played in the public masterclass in the hall on Tuesday 28 May. Mauricio also taught string class, which was about three hours long. Some of the things Mauricio said were surprising, he gave us insight into the personalities behind the regal players, and how it informs their performance. Johnny likens these to nuggets of wisdom. I have a notebook. I am making notes of all of the pearls of wisdom. The shelf that you build up during the lifetime of studying and growing up in the music world – it’s what you end up passing on; and you accumulate a fair bit.

Even when Mauricio left, there was no time to waste. A week and a bit later, his recital was coming up. You are never bored. I am leaving for an audition in Salzburg; I am also auditioning for the Bavarian State Opera Orchestra in Munich – which can lead to an orchestral position – one academic position is open for an ANAM musician, and for whoever it is that gets to represent ANAM, it will be a great honour. [In August 2019, Johnny was announced as the inaugural recipient of the ANAM position in the Orchestra Academy of the Bavarian State Opera. You can read more about that announcement HERE.] 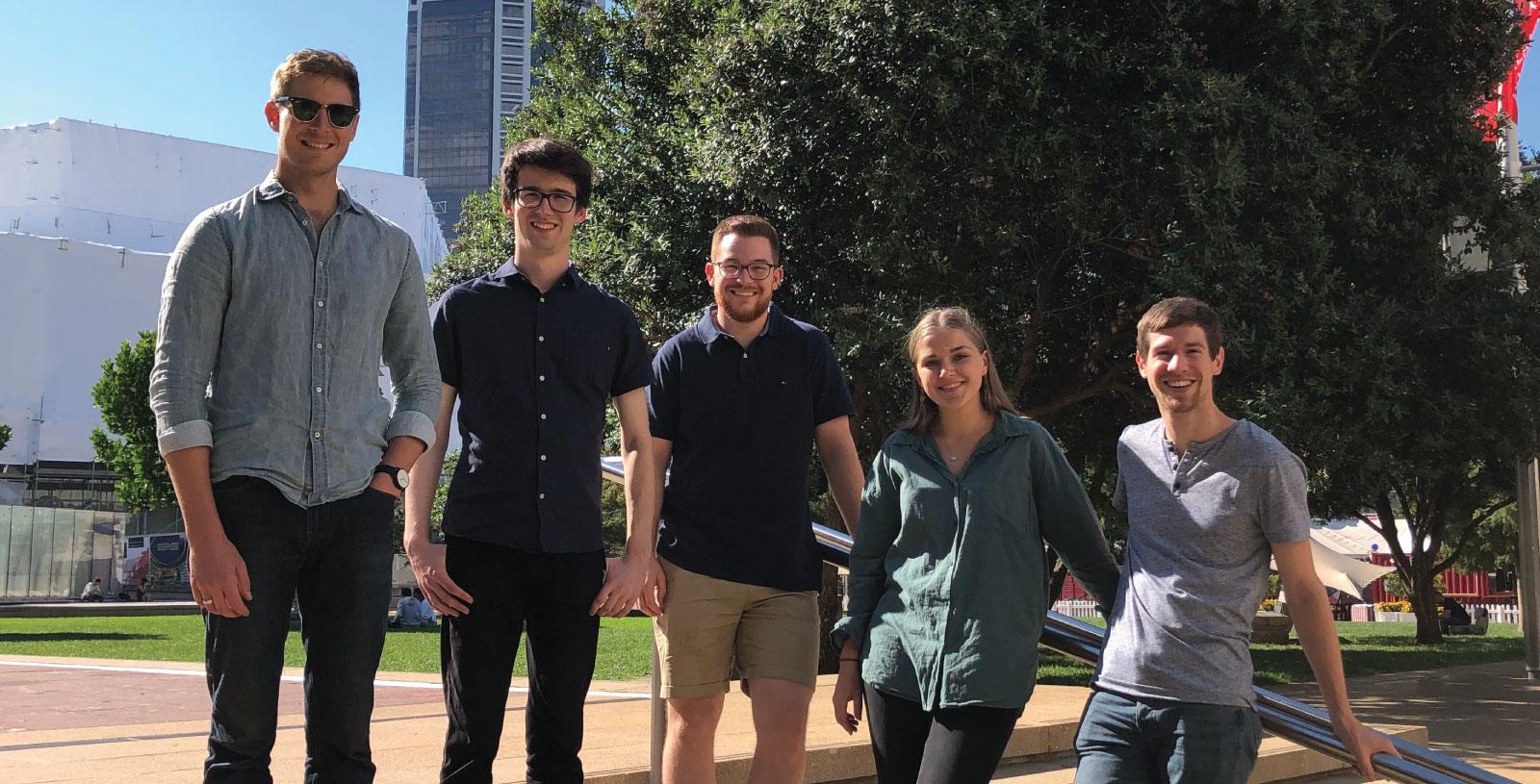 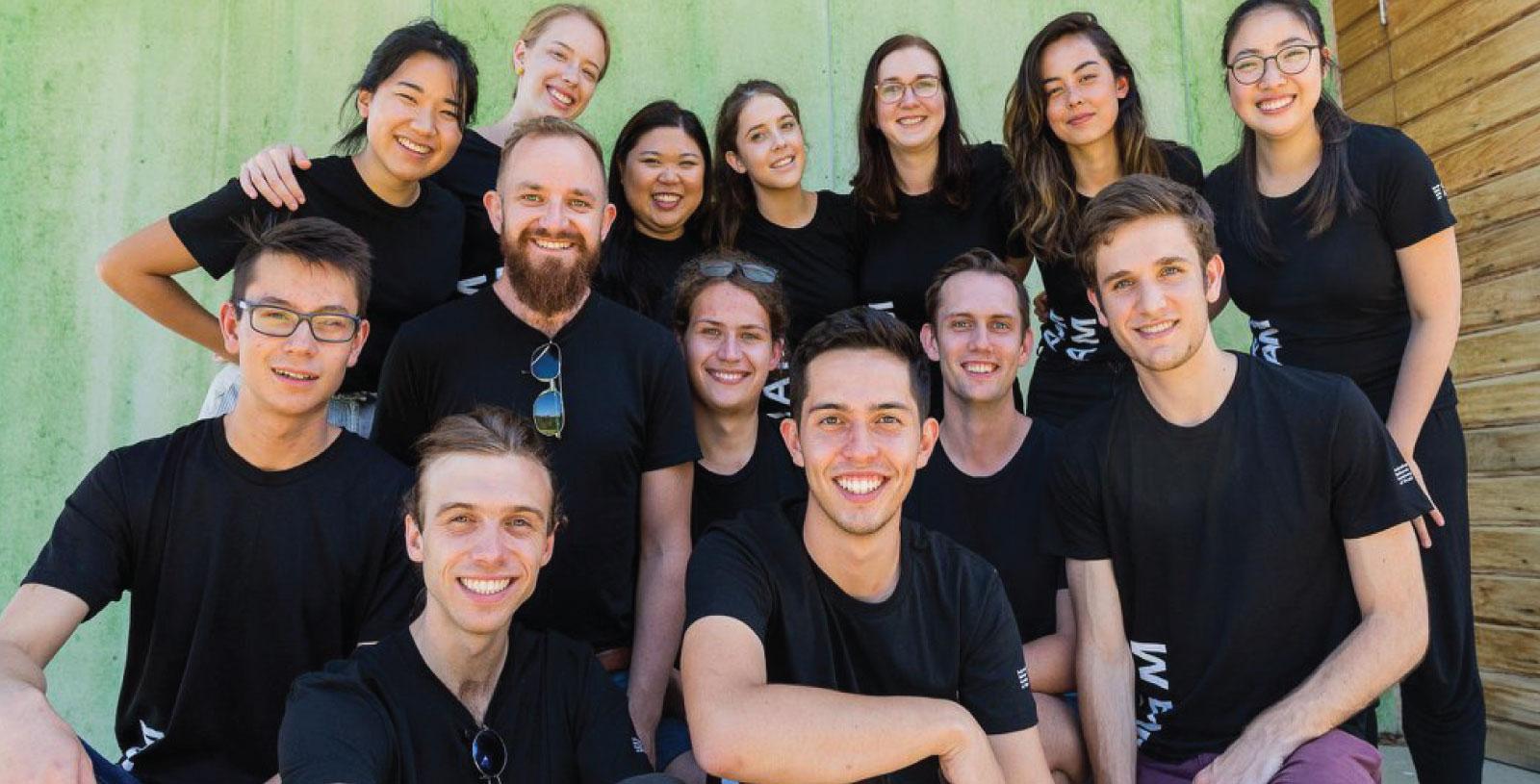 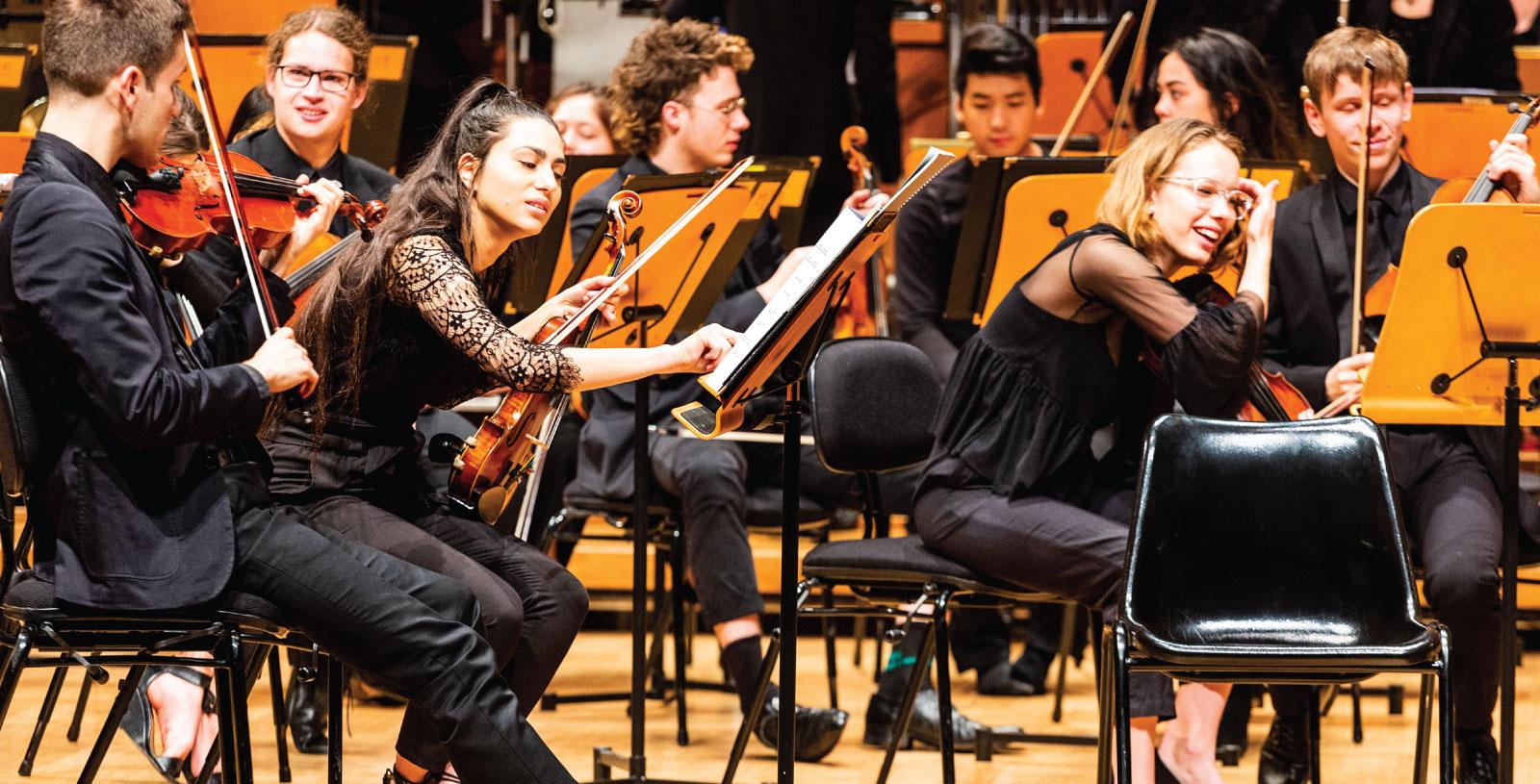 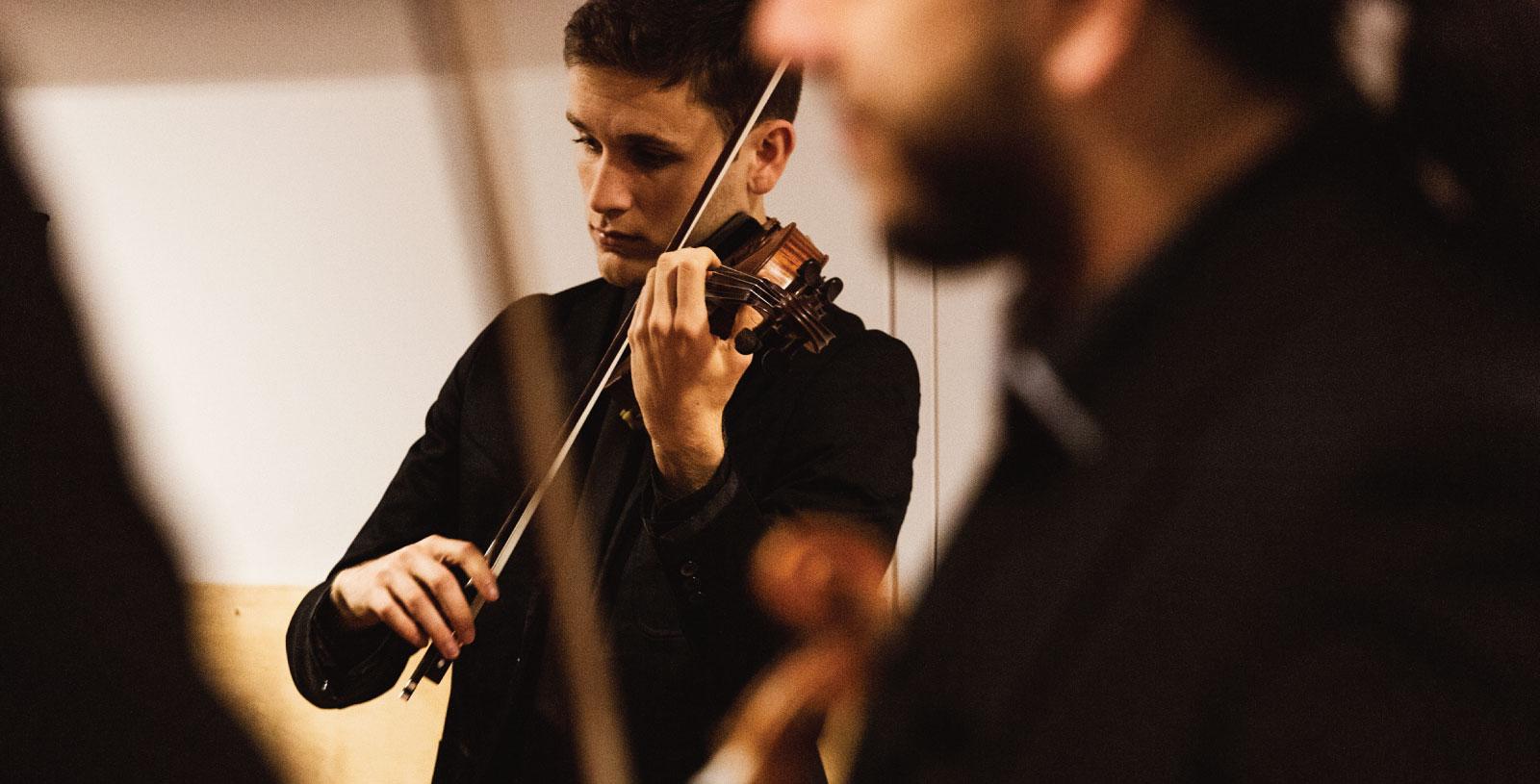