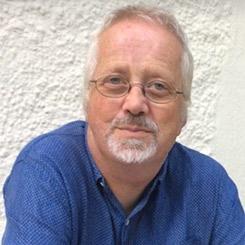 Performed at the ANAM Set Festival by
Jennifer Yu (piano)

Program note:
The genesis of this work for solo piano came through conversations that pianist Oscar Wong and I had during the course of The ANAM Set. We both discovered a shared interest in the piano and its extensive literature, as well as in the beauty of natural forms and geometric patterns such as the mandala and the organic logarithmic growth spiral of the nautilus shell. Unfolding to an Infinite Number is a musical exploration of this shared interest. The work is a series of episodes based on a tendril-like idea presented at the outset. Built into the opening idea are gently unfolding musical patterns alluding to favourite familiar piano figurations, also designed to audibly express the spatial dimensions of the Fibonacci series in semiquaver units. These patterns then seed episodes of increasing pianistic virtuosity, proportionally expanding outwards, varying and miniaturising the opening patterns in increasing dimensions. Each pattern and episode is numbered according to the Fibonacci series in boxes in the score as follows - 0, 1, 2, 3, 5, 8,13, 21, 34, 55, 89, 144, 233, 377, 610.

This work intends to convey an energy that spirals outward – a fusion of natural patterns and forms expressed through virtuosic piano writing.

About the composer:
Tim Dargaville’s creative practice engages with diversity of experience - seeking the imaginative space where the familiar and the unexpected intertwine. His music is performed, recorded and broadcast nationally and internationally, receiving numerous awards.

Recent compositions explore intercultural experiences in imaginative ways - in particular, the ko-lam series (2007 - ongoing) connects the composer's direct learning of the South Indian vocal percussion art form of konakkol to the Tamil mandala making tradition of kolam, resulting in a series of interconnected compositions for solo, chamber and orchestral ensembles. Other works take a more personally poetic stance - Lost Pages from the Book of Memory and Forgetting (2017) reimagines the string quartet as a dissolving sonic mandala, providing a container for an expressive remembering of his late mother Rosemary and her disappearance into dementia.

In Australia, music has been broadcast on ABC national television, featured in the Melbourne and Sydney International Festivals, awarded the prestigious Albert Maggs award, the Jean Bogan prize and an Ian Potter Music Commission. Compositions have also been nominated for both Sounds Australian and Green Room Awards for best new work. In 2017 a composer portrait concert titled "Speaking in Tongues" was held at the Salon at the Melbourne Recital Centre, and broadcast nationally on ABC FM. In 2019 a Bundanon Trust/APRA AMCOS Prelude Composer Residency provided time and space to further research and create The Book of Memory and Forgetting for period chamber ensemble Ironwood.

Tim Dargaville is a represented artist in the collection of the Australian Music Centre, and music has been released on ABC Classics, Move Records and The Divine Art (UK).