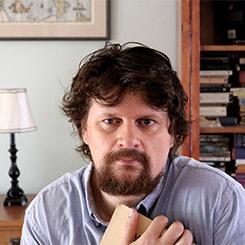 Thomas Green has a reputation in Brisbane (Australia) as a versatile composer whose focus is finding a musical home between many and varied streams, often seamlessly melding classical and contemporary idioms. He is the recipient of various government grants, commissions and is a prize-winner in national composition competitions. He completed his PhD in 2016, and his music has been premiered around Australia and internationally, with performances in Italy, France, the US, the UK, Croatia and China in recent years. He has composed and arranged music for The Sydney Symphony (with Josh Pyke), The Australian String Quartet, Katie Noonan, Opera Queensland, La Boite Theatre, Plexus (Melbourne), and the Brisbane-based organisations Collusion Music, Trichotomy, Trivium Ensemble, The Black Square Quartet and Argo. In 2017 he was commissioned by Queensland Music Festival to write a concerto for Manu Delago and QYO. In 2018 his original dance music for Turbine, a show by Collusion, was toured in Brisbane and Shanghai, and in 2019 his music was featured on Katie Noonan’s AIR and ARIA-nominated album, The Glad Tomorrow. In 2021 he is collaborating with Katie Noonan again, writing music for AVÉ. He lectures in music theory at the Queensland Conservatorium.

Find out more at thomasgreencomposer.com