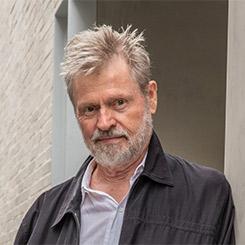 Performed at the ANAM Set Festival by
Noah Rudd (oboe)

Program note:
Windsong for Sacred Earth is designed in a simple ABA structure: two rather sprightly outer sections – the second a modified restatement of the first – framing an introspective, sinuously evolving interlude. Each pays homage to Mother Earth in its own way: the outer sections motivated by patterns and shapes from the voices of living organisms in a natural environment; the central one springing from a fragment of mediaeval Marian chant which, for me, symbolises the universal Earth Mother and my hope for the survival of life on our planet.

About the composer:
Ross Edwards AM is one of Australia’s best known and most widely performed composers. His distinctive sound world reflects a concern for the environment and the need to reconnect music with elemental forces and restore its traditional association with ritual and dance. He also recognises the profound importance of music as an agent of healing. Universal in that it is concerned with age-old mysteries surrounding humanity, his music is deeply connected to its roots in Australia, whose cultural diversity it celebrates, and from whose natural environment it draws inspiration, especially birdsong and the mysterious patterns and drones of insects. Prolific in most genres, his works often allow for special lighting, movement and costume, as well as the combination of European with non western and folk instruments. An example of this is Dawn Mantras, which greeted the new millennium in a global telecast from the sails of the Sydney Opera House. Recent commissions include Zodiac, for the Houston Ballet, Dances of Life and Death for the Sydney Conservatorium Wind Symphony; Singing the Love, for The Choir of King’s College Cambridge; Four Inscapes, for the Tucson Winter Chamber Music Festival; String Quartet No. 4, Ridley Gold, for the Australian String Quartet, and Vespers for Mother Earth, a large scale work for voices and instruments commissioned by the Judith Neilson Institute.