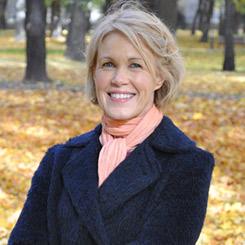 Performed at the ANAM Set Festival by
Rachel Lau (flute)

Program note:
respirare is an exploration of physiological and psychological states affecting human breathing cycles. "Respirare" [It. breathing, to breathe, breathe again, breathe in and out] has its origin in Latin, language of Western medical science, from “spiritus”, breath to “spirare”, to breathe, “re” - again.

Oxygen is vital for life. The passage of oxygen containing air from the external environment through to gas-blood exchange in mammalian lungs is accomplished through respiratory physiology. Breathing rate and depth are controlled by the autonomous nervous system but are affected by physical exertion, changes in our mood and states of psychological tension. For musicians, being in control of breathing is essential for optimal performance, reducing performance anxiety and its associated negative feedback effects not only on respiration itself but also on small muscle tension. In particular for wind and brass players, control of breathing cycles is paramount for quality and fine nuance of sound production itself.

respirare is structured through layering of air flow parameters experienced in varying states of mind and body: normal breathing, anxious breathing, calm 'at rest' breathing, occasional sigh, deep breathing of mindful meditation, and residual lung volume. Inspiration, expiration and pause, based on a series of detailed breathing timings kindly undertaken by flautist Rachel Lau, provided data, mapped onto pitch-time axes for respirare. Sinusoidal breathing curves - representative of tidal volume variations - were plotted, with depth of respiratory and residual lung volumes equated as vertical pitch axis against timings in seconds on a horizontal axis. From the viewpoint of breathing control, respirare sonically explores interactions from mindful to status anxiety, similar to the range which musicians may experience in preparation for performance.

About the composer:
Dr Rosalind Page has created works for theatre, dance, chamber ensembles, string quartets, orchestra and electronica, with performances in UK, Europe, USA, China and Japan. A qualified veterinary surgeon, her creative work as a composer seamlessly merges the language of science with art.

Rosalind has been an invited composer by International Society of Music (ISCM) at VICC, Sweden and has undertaken residencies at CAMAC, France, Herhusið, Iceland, Konstepidemin, Göteborg, Sweden, The Banff Centre, Canada and the Imogen Holst House, Suffolk UK, by invitation Britten-Pears Foundation.