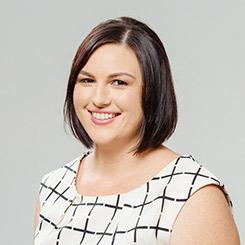 Vector
for trombone
Composed for Will Kinmont
First performance: 22 Nov 2021

Performed at the ANAM Set Festival by
Will Kinmont (trombone)

Program note:
In mathematics or physics: A quantity having direction as well as magnitude, especially as determining the position of one point in space relative to another.

About the composer:
Australian composer Nicole Murphy’s music has been described as “exquisite and sensitive” (Sydney Morning Herald), “strong and compelling” (Loudmouth) and “full of exhilarating tension” (Arts Knoxville). She has been commissioned by eminent arts organisations including the Australian Ballet, the Royal Academy of Dance (London), the Melbourne Symphony Orchestra, Experiments in Opera/Symphony Space (New York), Orchestra Victoria, Wild Rumpus (San Francisco), Chamber Sounds (Singapore), and the Definiens Project (Los Angeles). Her music has been performed by ensembles such as Alarm Will Sound, NOWensemble, the Goldner and Dover Quartets, and has been programmed at numerous festivals, including the Mizzou International Music Festival, the Norfolk Yale Chamber Music Festival, the Dallas Festival of Modern Music, the Nief Norf Festival (Tennessee), the Risuonanze Festival (Italy), and the Vox Feminae Festival (Tel Aviv).

Nicole is the recipient of various awards, including the inaugural Layton Composer Fellowship at the University of NSW (2018), Ensemble Offspring’s Noisy Women Commission (2019), the MAFB International Commissioning Prize (2015), and the Theodore Front International Orchestral Prize (2013). Nicole teaches composition at the Queensland Conservatorium, Griffith University. She holds a PhD from the University of Queensland.