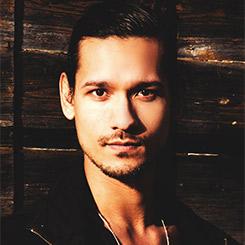 Performed at the ANAM Set Festival by
Nadia Barrow (cello)

Program note:
The Devil features prominently in the classical music canon. Composers have explored the figure in all manner of ways, some as a serious religious subject that portray the Devil as the incarnation of evil, and others a more sympathetic approach emphasising a misunderstood revolutionary, or even a human-like figure struggling with their human-like flaws. Diabolus draws upon Milton’s depiction of the Devil in Paradise Lost, a rebellious figure whose fall from grace is akin to the tragic hero’s of Greek mythology in which fatal human flaws operate in the unfurling of the characters ruin. Milton’s Devil poses a somewhat relatable character whose evil-doings are a response or reaction rather than congenital. Evil is a consequence; there are rarely, if any, occasions in reality where something is innately evil. As such, the composer intends his work to caution against disenfranchisement, prejudice, and lack of compassion rather than offer a facile representation of evil.

Diabolus consists of three primary sections reflecting symmetry with religious trinities. The piece begins with an introduction comprising upward glissandi and harmonic trills. The Devil’s theme gradually constructs itself from these ‘celestial fragments’ to suggest the making of evil rather than its’ unforeseen and sudden presence. Musical references to the Devil are often depicted using the tritone interval, once denoted ‘Diabolus in musica’ (Latin: ‘the devil in music’). Diabolus similarly draws upon this tradition; the principal theme is an assemblage of tritone motifs. The first section commences abruptly with the Devil’s theme and violent descending chromatic interjections that allude to the archangel’s protests and fall from grace. The second section is an elegy conceiving the Devil’s internal struggles with eternal damnation. The third section is a dance macabre in which the iconic concept of the Devil is fully realised; it is rife with diablerie, reflecting the capricious and insidious characteristics typically associated with the Devil.

About the composer:
Mark Holdsworth is an Australian composer currently based in Perth. His compositions include a substantial catalogue of orchestral works as well as repertoire for large ensemble, chamber ensemble, and soloist.

Holdsworth is a graduate of the University of Western Australia’s Conservatorium of Music where he studied musical composition under James Ledger and Dr. Christopher Tonkin. He holds a Bachelor of Music, a Bachelor of Arts (First Class Honours), and a Master of Music.