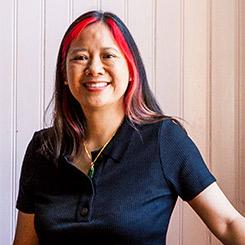 Performed at the ANAM Set Festival by
James Morley (cello)

Program note:
This work began with a conversation in a café with cellist James Morley, centred particularly on his relationship with the cello he plays, the ‘Ex-Robert Barrett’ made in 2004 by Australian luthier Rainer Beilharz, on loan from Professor Mitra Guha in memory of her late husband. James mentioned that the cello had lain unplayed for some ten years before he got it and came with a ‘closed’ sound. In the process of working with and playing the cello, it had gradually ‘opened’ and grown in vibrancy.

There is an animacy to instruments that all musicians commune with.

The act of playing the cello involves incredibly complex coordinations across human and beyond-human capacities. It is a meeting between two similarly-sized bodies, each with appendages or prostheses for touching, stroking and reaching towards the other.

This work is about expanding our thresholds for sensing the vibrancy of things and for sensing the ways in which the liveliness of the body enfolds the world in every inhalation and exhalation. In this work, patterns of respiration guide the performer in weaving an appearing and disappearing path together with horsehair, wooden or carbon-fibre sticks, metal strings and the great curving terrains of the cello body. Sounds and silences, voicings and breaths are traces of this ‘wayfaring through a weather world’.

This thinking is indebted to the writing and ideas of eco-anthropologist Tim Ingold, and of philosopher-theorists Jane Bennett and François Julien, as well as others!

About the composer:
Liza Lim is an Australian composer, educator and researcher whose interests include collaborative and transcultural practices in music with a focus on perspectives from ecological anthropology, post-human/Anthropocene studies and research into distributed creativity. Her compositional practice is deeply imbued with a sense of the socio-cultural lineages of people, objects and performance practices hence her interest in musical form as an emergent expression of group processes. Her works, and in particular four operas: The Oresteia (1993), Moon Spirit Feasting (2000), The Navigator (2007) and Tree of Codes (2016), as well as the recent large-scale cycle Extinction Events and Dawn Chorus (2018) explore themes around ritual, temporal slippage and the uncanny. Her genre-crossing percussion ritual/opera Atlas of the Sky (2018), is a work involving community participants that investigates the emotional power and energy dynamics of crowds.

Liza Lim has received commissions from some of the world’s pre-eminent orchestras and ensembles including the Los Angeles Philharmonic, Bavarian Radio Symphony Orchestra, Ensemble Musikfabrik, ELISION, Ensemble Intercontemporain, Ensemble Modern, Klangforum Wien, International Contemporary Ensemble and Arditti String Quartet. She was Resident Composer with the Sydney Symphony Orchestra in 2005 and 2006. Her music has been featured at the Spoleto Festival, Miller Theatre New York, Festival d’Automne à Paris, Venice Biennale and at all the major Australian festivals. Lim is Professor of Composition and inaugural Sculthorpe Chair of Australian Music at the Sydney Conservatorium of Music where she leads the ‘Composing Women’ program. Her music is published by Casa Ricordi Berlin and on CD labels Kairos, Hat Art, HCR and Winter and Winter.