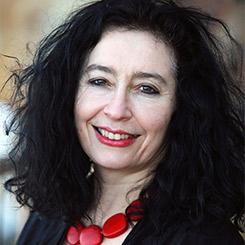 Program note:
I wrote this piece for Oliver Crofts, an incredibly talented clarinettist, with a very sharp sense for musicality and with a fantastic technique. He is also a young man who constantly wants to challenge his playing and improve all the time. Over a course of approximately two months we have been exchanging files and ideas and one of the frequent suggestions from Oliver was to “please make it more difficult and more virtuosic”. Often the suggestion came with a bar number or a section where it could happen. After the piece was almost finished, we decided that it needed a cadenza, which, of course, for such a short piece had to be quite brief.

In the late 90s I was obsessed with writing rags; they were appearing in my head faster than I could write them down. Then came a “rag lull”, time when I got rather bored with the genre and did not write anything in that kind of style. However in recent times I became interested in rag again, but this time around it is more about strong and powerful expression, syncopation and working with a rather stringent pitch material. For example, it starts with the clarinet working with just 4 pitches G C D and E flat (concert pitch) in a low register. The clarinet part moves between its lowest and most stratospheric registers throughout different sections of the piece.

The piano part is less an accompaniment and more an equal partner in this piece. I felt drawn to loud clusters and clanking rhythms, some extreme pedalling with held organ points and at a later point in the piece there is an atmospheric trills extravaganza.

About the composer:
Elena Kats-Chernin's vibrant and distinctive music featured at the opening ceremonies of the 2000 Sydney Olympic Games and the 2003 Rugby World Cup. She has received several awards including Sounds Australian, Helpmann, Limelight and Sydney Theatre Awards as well as the Sidney Myer Performing Arts Award 2013. Her music has been performed by all major orchestras in Australia, as well as Australian Chamber Orchestra, Brandenburg Orchestra, Australian World Orchestra, City of London Sinfonia, BBC Orchestra, Deutsches Kammerorchester Berlin and also in many festivals, including Cabrillo (Santa Cruz), Other Minds (San Francisco) and Musica Nova (Helsinki). ABC Classics has recently released at 10 CD Box Set which includes many of her works of the past 25 years, among them several large scale orchestra works, including The Witching Hour, Displaced Dances and Prelude and Cube. In July 2019 the score for her first full length opera Whiteley about iconic Australian painter Brett Whiteley was premiered by Opera Australia at the Sydney Opera House. During the pandemic her large work for choir Human Waves was premiered as part of the film “Time and Place” featuring the Sydney Philharmonia Choirs (who commissioned the work). The most recent premieres were Cinque Forme D’Amore by the Steel City Strings on 28th February 2021 and a flute quintet adaptation of the flute concerto Night and Now, performed by Sally Walker and Omega Ensemble in 2021. Elena’s music is published by Boosey and Hawkes.