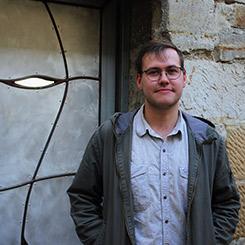 Dominic Flynn was born in Hobart in 1997. In 2020, he received a Bachelor of Music with First Class Honours from the University of Tasmania's Conservatorium of Music where he was the recipient of both the Conservatorium of Music Scholarship and the EstelleMarguerite Taylor Overseas  Exchange  Scholarship. He has studied in Australia with Don Kay, Russell Gilmour, and Maria Grenfell, and in the United Kingdom with Michael Finnissy.