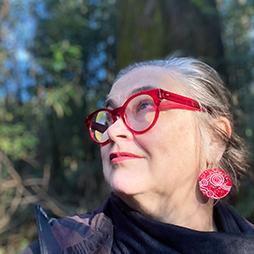 Cat Hope’s music is characterised by a focus on low frequency sound, extended forms and experimental timbres. Her music has been performed at festivals and broadcast internationally. She is a recipient of a Churchill Fellowship, and composer residencies at the Visby International Composers Centre, Sweden; Civitella Ranieri, Italy and the Peggy Glanville Hicks House in Sydney in 2014.

Her first opera Speechless premiered at the Perth Festival in 2019, and won the 2020 APRA AMC Art Music Award for best new dramatic work, and her major  orchestral commission from the BBC Scottish Symphony Orchestra will premiere in 2022 at the Tectonics  Festival, Glasgow.

Her music has been discussed in books such as Score Writing (Thor Magnusson, 2019) and Hidden Alliances (Schimmana, 2019), as well as periodicals such as Gramophone, Tempo, The Wire, Limelight, Corrie e Reverie and Neu Zeitschrift Fur Musik Shaft. She writes for dance, installation, visual art and poetry collaborating with artists such as Kate McMillan, Tracey Moffat, Ross Gibson, Martin Del Amo and Erin Coates, and directs the award-winning Decibel New Music Ensemble. Her monograph CD, Ephemeral Rivers, on Swiss label Hat [now] ART was awarded the German Critics Prize in 2017, and she has been named “one of Australia’s  most exciting and individual creative voices” (Gramophone UK, 2017). Cat is Professor of Music at Monash University.