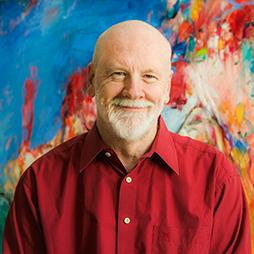 Performed at the ANAM Set Festival by
Amanda Pang (harpsichord)

William Byrd (1539/40-1623) was described by one contemporary biographer as 'Brittanicae Musicae parens', the 'father of British music'. In exploring Byrd's life story and achievements over the past year, two aspects were of particular interest to me in creating this work for solo harpsichord in homage to this remarkable musical force: on the one hand, the startling virtuosity and inventiveness of his pioneering keyboard music and, on the other, the secretive nature of his extraordinary sacred music. At a time of enormous religious and political upheaval during the reign of the religious reformer, Queen Elizabeth I, Byrd was a Catholic who wrote mass settings for clandestine services whilst also composing for the court of the protestant Queen, thereby living and working at considerable personal risk. My work’s abrupt opening motive, with its pull in opposing directions across the keyboard, is emblematic of this dramatic vitae. Set in between ghostly, distant-sounding fragments of Byrd’s Earl of Salisbury pavane, impulsive birdsong-like motives pay tribute to the energy and invention that, even during his lifetime, earned William Byrd ironic comparisons to his feathered namesakes. Further contrasting music of both repose and vigour throughout the first three movements explore sonic possibilities of the harpsichord whilst also leading ultimately to an unexpected confrontation with his “secret” music: a recording of the opening Kyrie from one of his Masses bursts in unexpectedly, drawing varied responses from the soloist.

It received dual premieres, both in the Angela Burgess Recital Hall, London, by Xiaowen Shang on 16th November, 2021, and at the Australian Academy of Music, Abbotsford Convent, Melbourne, by Amanda Pang on 25th November, 2021. The work is dedicated to both Xiaowen and Amanda in recognition of their superb efforts in preparing the piece for its two premieres despite often challenging lockdown circumstances. My heartfelt thanks both to master harpsichordist Mahan Esfahani for his invaluable assistance and advice in the creation of this work, and to singers Lotte Betts-Dean (mezzo-soprano), James Robinson (tenor), and Augustus Perkins-Ray (baritone), for their record performance of the Kyrie from William Byrd's Mass for Three Voices (1593).

About the composer:
Brett Dean studied in his hometown, Brisbane, before moving to Germany in 1984 where he was a member of the Berlin Philharmonic for fourteen years, during which time he began composing. His music is championed by many of the leading conductors and orchestras worldwide, including Sir Simon Rattle, Vladimir Jurowski, Simone Young, Daniel Harding, Andris Nelsons, Marin Alsop and Sakari Oramo. Much of Dean’s work draws from literary, political, environmental or visual stimuli, including a number of compositions inspired by artwork by his wife Heather Betts.