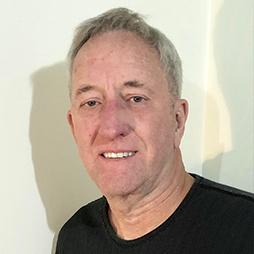 Brenton was born in Melbourne, Australia and studied composition and theory with Donald Freund at Memphis State University in the USA and with Peter Sculthorpe in Sydney, Australia. He received the Doctor of Music from the University of Melbourne where he was Professor of Music and Head of Composition from 1982 until 2007. He now freelances and in 2009 he was Composer in Residence with the Melbourne Symphony Orchestra.

Brenton’s music has been performed and broadcast regularly over the past 40 years, nationally and internationally. He has twice been Composer in Residence with the Melbourne Symphony Orchestra and has received numerous prizes including several APRA Awards, the Maggs Award, the Paul Lowin Song Cycle Prize, the 1999 Don Banks Award and a Member of the Order of Australia (AM) in the 2014 Australia Day Honours for “significant service to music as a composer, educator and mentor”. Brenton’s Never Truly Lost, written for the Australian Chamber Orchestra, was highly recommended at the 2014 International Rostrum of Composers in Finland.

Find out more at brentonbroadstock.com