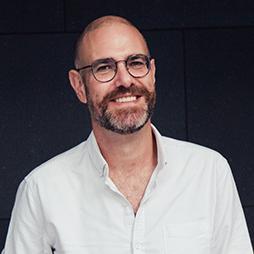 Zig-zag Road
for violin and piano
Composed for Hana King
First performance: 14 May 2022

Program note:
I had originally conceived a slower, more reflective piece for solo violin for the ANAM Set. But after it became apparent that I would not be able to return to Melbourne as planned in the second half of 2021, (due to COVID-19 restrictions) I felt the need to write something cheerful, endeding up with this more up-beat piece with piano. I wanted to give Hana the opportunity to collaborate live with another player, something that we missed so much during the lockdowns.

One positive outcome of being in New Zealand in the spring, and staying in one place for a while, is that I can experience all the blossoms bursting forth in my regular drives through the Waikato region. Every week there are spectacular new blooms and foliage, and the ever-changing parade and bold vistas are awe-inspiring. I've tried to capture this exuberance in piece. The title refers to a country road that I drive along, where the blossoms give a particularly lavish display. These are also celebrated in artist Karl Maughan's painting of the same title. Seeing the name on street sign always puts a smile on my face.

About the composer:
Ben Hoadley holds degrees in bassoon performance from the Sydney Conservatorium of Music and the New England Conservatory in Boston. He received a Master of Music in composition with First Class Honours from the University of Waikato where he was awarded the Lilburn Composition Prize, and has held fellowships to the Australian National Academy of Music, Tanglewood Music Centre and the Weill Music Institute at Carnegie Hall.

Since returning from the USA, Ben has divided his time between Australia and New Zealand working as a bassoonist, composer and teacher. He has lectured at the University of Auckland from 2007, and since 2019 at the Sydney Conservatorium of Music. Ben is regularly invited to teach at institutions throughout Australasia and abroad, including a residency at the University of Louisville, USA in 2017.

In 2020 he completed a string quartet (written with assistance from a Creative NZ grant) that was premiered by the Jade Quartet in Auckland; a work for solo oboe for Camille Wells (NZ/USA) and Shaiq Ahmad Noori (Afghanistan) through the Teach to Learn foundation in Boston; and the sextet Cave Dances commissioned by Chamber Music NZ. Also in 2020, Ben was the winner of the NSW Flute Society Composition Grant for his work involute for flute and piano, and the SOUNZ Brass Composition Prize with Haratua for trombone and piano.