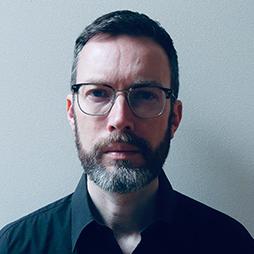 Theme and Variations
for cello
Composed for Shuhei Lawson
First performance: 14 May 2022

Performed at the ANAM Set Festival by
Shuhei Lawson (cello)

Program note:
When I first met Shuhei Lawson, I asked what he might like to see in this ANAM set composition. He said he enjoyed works that pushed technical boundaries, and mentioned a favoured work that did this whilst also referencing Japanese themes: Alexander Tcherepnin’s Suite for Solo Cello. After further meetings and discussion, I suggested the idea of a set of variations. To help with boundary-pushing, I would - in the first instance - try to write with only the smallest regard for technical feasibility (at least as much as my violin-trained brain would allow!).

Naturally, variations only work if there is an instantly memorisable (or pre-existing) theme; a distinct rhythm and harmony does the job here. Variation I (Con Moto) restates the theme’s harmony as extended semiquaver strings in 6/8 time. Variation II (Larghetto) switches to a major key for a sunnier version of the theme whose rhythm is now reversed, allowing the semiquaver mordents that concluded each bar to be rewritten as “mordents” with an interval of a third: a sound I associate with Japanese music. The harmony is also sometimes reversed across groups of a few bars. For the silvery tones of Variation III (Andante misterioso), the performer is called to play double-stopped artificial harmonics: Shuhei assured me that, even if they weren’t a thing, they could be. A tranquil Berceuse (Variation IV) luxuriates in suspended harmonies, before launching into a Finale (Variation V) full of furious runs and broken chords.

About the composer:
Andrew Anderson was born in 1971 in Melbourne, Australia, where he studied composition with Rodney Ford, violin with Barbara O’Reilly, and piano with Arvon McFadden. He is based in Melbourne.

Anderson's works have been performed by ensembles such as The Australia Piano Quartet, The Consort of Melbourne, Omega Ensemble, Syzygy Ensemble, and the Streeton Trio. He has been the recipient of two Masterworks prizes (ERMmedia, USA) for composition, resulting in recordings by the Czech Philharmonic and the Prague Radio Symphony Orchestra. His scores are published by the Australian Music Centre, where he is an Associate Artist.

Anderson has written choral works for the Christian liturgy, this writing being informed by engagements with parish choirs in the USA and the UK, as well as tuition in singing with Nigel Wickens (Cambridge, UK). He also has an interest in encouraging community engagement in music performance, being the founder of the University of Melbourne Artists Register.