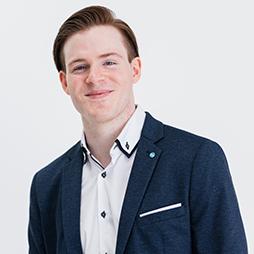 Alexander Voltz’s work takes inspiration from myth, politics and the historic, whilst also deconstructing and challenging the human condition. His music has been performed and supported by the Melbourne Symphony Orchestra, Australian Youth Orchestra, Queensland Youth Orchestras, The University of Queensland and others. He has collaborated with musicians including Graham Abbott, John Curro AM MBE, Susan Ellis, Alex Raineri and Bradley Voltz.

Alexander was a winner in Artology’s 2015 Fanfare Competition (Sydney) and reached the semi-finals of the Bartok World Composition Competition (Budapest) in both 2018 and 2020. He was awarded The University of Queensland’s Prize for Composition in 2019 for his Missa brevis. In 2018, he conducted several performances of his chamber symphony Sontsovka across North Queensland. Alexander attended the Australian Youth Orchestra’s 2020 National Music Camp as a composition participant, and was engaged in the Melbourne Symphony Orchestra’s 2020 Cybec 21st Century Composers’ Program. His chamber opera, Edward and Richard: The True Story of the Princes in the Tower, premieres in July in Brisbane.

Alexander is enrolled at The University of Queensland, where he studied viola performance under Patricia Pollett, and then studied composition with Robert Davidson as the primary focus of his Bachelors¥of Music (Hons). Alexander has also benefited from the mentorships of several other leading Australian composers, including Brenton Broadstock AM, Melody Eötvös, Nicole Murphy and Cathy Likhuta. Alexander also studies a Bachelor of Arts, majoring in Ancient History/History and Writing.

Alexander lives in Brisbane, Australia. He signs his work as A. D. K. Voltz.

Find out more at adkvoltz.com