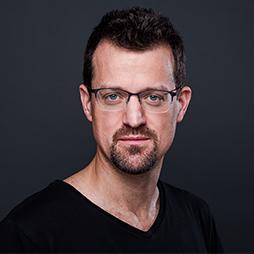 Lyndon Watts became principal bassoonist of the Munich Philharmonic Orchestra at the age of 22, working closely with chief conductors Valery Gergiev, Lorin Maazel, Christian Thielemann and James Levine, as well as principal guest conductor Zubin Mehta, and performing in all the major concert halls of the world. After holding this position for 18 years, in 2016 Lyndon chose to move back to his home country Australia, where he is now based in Melbourne. In July 2018 he accepted the position of lecturer in bassoon at the Melbourne Conservatorium of Music, Melbourne University.

Lyndon began learning bassoon when he was 12. For five years he had lessons with John Cran, former principal bassoonist of the Sydney Symphony Orchestra, and won numerous scholarships and prizes in Australia. After finishing high school he toured Europe as principal bassoonist of the Australian Youth Orchestra and then remained in Germany to study with Professor Eberhard Marschall in Munich, followed by studies on historical bassoon with Alberto Grazzi in Verona. In 2002 he became the first Australian woodwind player to ever win a prize in the prestigious ARD International Music Competition.

Until 2016 Lyndon also taught historical bassoon at the Munich University of Music and Performing Arts. In 2012 he obtained a grant in collaboration with musicologist Dr Sebastian Werr and Swiss instrument maker Walter Bassetto from the Swiss National Science Foundation to fund a research program through the Berne University of the Arts involving the first ever reconstruction of a classical bassoon after the Parisian maker Jean-Nicolas Savary jeune, known as the “Stradivari of the bassoon”. A CD with world premiere recordings of compositions for the Savary bassoon was released in 2014, and a book containing contributions from leading international experts in the field of reconstructing historical woodwind instruments was published in 2017.

Lyndon is also an active supporter of contemporary composers, and has given many first performances of solo and chamber music works written for him.