Board of DirectorsJennifer Bott AO 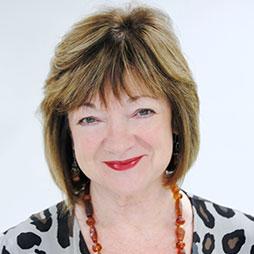 Jennifer Bott is a professional mentor, board member, manager, and consultant. She is Chairman of the Bundanon Trust, Trustee of the Australian Museum, a Director of the Australian National Academy of Music (ANAM), the Southern Highlands Foundation and the Sydney Orthopedic Research Institute (SORI).

At the end of 2019, Jenny stepped down after 14 months as CEO of the National Institute of Dramatic Art (NIDA) following 6 years as Chairman.

Jenny was founding Director of the Canberra Writers Festival and in 2018 served as its Artistic Director. She also served as Advisor, Innovation and Development to the Museum of Australian Democracy at Old Parliament House from 2014-2018.

During 2013/14, Jenny served as Acting Director of the National Portrait Gallery of Australia. Prior to this she conducted a major review of External Relations for the Art Gallery of New South Wales as well as the Victor Chang Cardiac Research Institute. In 2017, she undertook a feasibility study, commissioned by the Townsville City Council for a new concert hall/cultural complex in Townsville and in 2018 she conducted a feasibility study for the proposed Southern Highlands Regional Gallery at Redford Park.

She was Chief Executive of the University of New South Wales Foundation from 2006 to 2012. The Foundation generates philanthropic income for the University from  business, foundations, alumni and other sources and built its annual fundraising income from $5M in 2006 to over $24M in 2012.

Jenny was awarded an AO in 2012 for distinguished service to the arts through executive and leadership roles in national cultural organisations, and to the development of policy reform initiatives promoting funding and best practice.

Before joining the Australia Council, Jennifer spent seven years as General Manager of Musica Viva Australia. Previous to this she was National Director of AFS International Programs, an international student exchange and intercultural learning program. She has also held senior management and Board positions at Opera Australia and the Arts Council of Australia.

From 2009 to 2013, Jenny was Chair of the Australian Festival of Chamber Music based in Townsville. She has been a board member of Opera Australia, UNSW Press and the Australian Institute of Arts Management, Deputy Chair of AFS International Programs (New York), Chair of Australasian Classical Music Managers’ Association and also participated inthe Sydney Leadership Program 2002 (Benevolent Society of NSW). She was also Australia’s Cultural Commissioner for theAthens 2004 Olympics as well as a member of the Australia International Cultural Council.

An English and History teacher by training, Jennifer holds a Bachelor of Arts degree (University of Sydney), a Diploma of Education (University of New England) and has trained extensively in organisational development, management, and commercial mediation. She has studied counselling subjects to support her professional mentoring building towards a Graduate Diploma.