Board of DirectorsIan Marshman AM 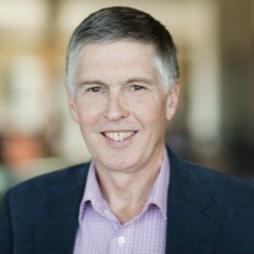 Graduating from the University of Melbourne with a Bachelor of Arts (Hons) in 1971, he went on to receive his Bachelor of Laws from the Australian National University in 1975. Ian then began his career in the Australian Public Service in Canberra, serving as Assistant Secretary in the Department of Health, before taking up an appointment as Director of the North East Metropolitan Region for the Victorian Health Department.

In 1990, Ian became Academic Registrar at the University of Melbourne, and in 1999 was appointed Senior Vice-Principal (‘chief operating officer’) of the university, a role he held until his retirement from full time University work in 2015. In this role he pioneered ground breaking programs that improved services and freed up valuable resources for teaching and research initiatives and led the development of major university projects, including the new Melbourne Conservatorium of Music and Buxton Gallery projects in Melbourne’s Southbank precinct.

Across a career of public service, Ian has contributed time and effort as board member and Chair of headspace Youth Mental Health Foundation, Vice-President of the Board of Management at St George’s Hospital and Inner Eastern Geriatric Service and as a Member of the North Western Health Care board.

Other appointments have included a board member Melbourne Theatre Company and chair of its Finance and Governance Committee, Chair of the Melbourne Teaching Health Clinics Ltd, Chair of the Victorian Tertiary Admissions Centre, and member and President of Queen’s College Council at the University of Melbourne, board member of The Grattan Institute and Chair of the former online business school, U21 Global.

In 2017 Ian Marshman’s contributions were recognised through award of membership of the Order of Australia and award of the honorary Doctor of Laws from the University of Melbourne.

In quasi-retirement Ian Marshman operates a beef cattle property at Yea, is an active firefighter in his local CFA Brigade and chairs the Yea and District Memorial Hospital board.