ANAM is delighted to announce THE ANAM SET, a bold and ambitious commissioning project delivering confidence and vision in Australia’s creative future. The project is a direct response to the ravaged year of 2020 and a deliberate initiative by ANAM to demonstrate the resilience, power and vibrancy of the arts community.

With the support of the Restart Investment to Sustain and Expand (RISE) Fund – an Australian Government initiative – ANAM is marshalling an army of Australian composers to create over 6.5 hours of new Australian music, embarking on one of the biggest commissioning projects of new music ever undertaken in Australia.

67 composers – ranging across genres and career stages, from emerging to internationally established – are being commissioned to write a six minute work with each of ANAM’s 67 young virtuoso musicians to perform in 2021, with the intention of revitalising Australian composition and performance. 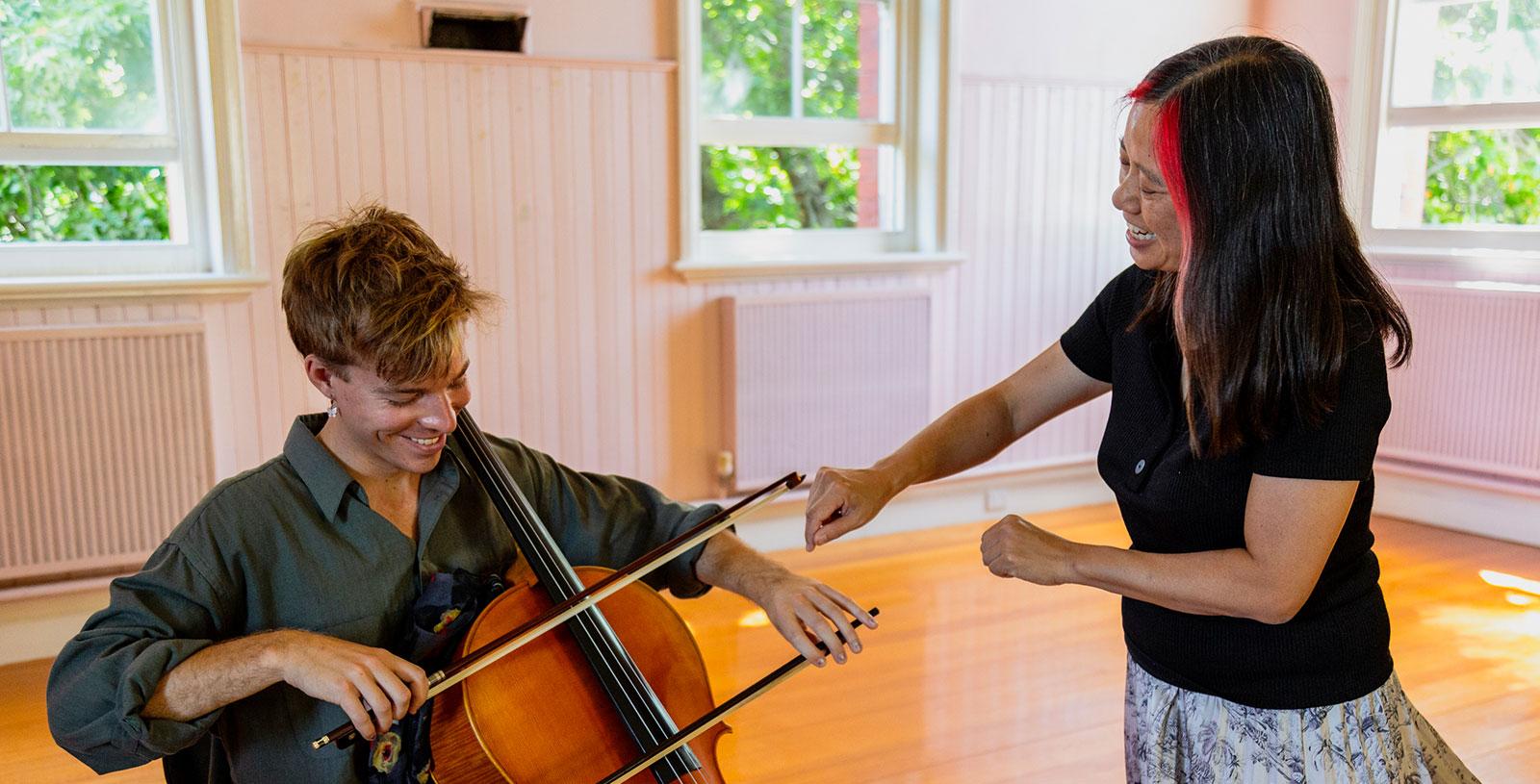 The composers are being identified via a range of initiatives: fifteen composers – including Brett Dean, Paul Grabowsky, William Barton, Liza Lim, Errki Veltheim, Deborah Cheetham and a number of significant established and emerging talents – have enthusiastically accepted ANAM’s invitation to be included in The ANAM Set; a public Expression of Interest process is identifying another group of composers; and ANAM’s musicians and faculty are making suggestions of composers to be involved.

The 67 composers will then embark on a close collaborative creative partnership with each of ANAM’s 2021 musicians, together developing the works that will be first revealed to the world in a variety of performances in the spaces of the beautiful Abbotsford Convent from 16 August to 30 November this year. A dedicated series of presentations showcasing The ANAM Set is in the planning stages for the end of 2021 and discussions are underway to film the performances ­– connecting the work of these composers and performers with regional, remote and international communities.

Incoming Artistic Director Paavali Jumppanen said: “The response to The ANAM Set from Australian composers has been amazing – overwhelming both in scale and enthusiasm, I wish we had a hundred more musicians at ANAM this year to work with even more than 67 composers! It’s been humbling to see the breadth of diversity, backgrounds, genres, and career paths of so many creative artists – from luminaries including Brett Dean and Deborah Cheetham, to young trailblazers such as Harry Sdraulig. The ANAM Set will be an incredible snapshot of Australian music at a time when it’s most needed. It’s also going to be an exciting challenge for our musicians, whom I completely trust to be up for the task. For all of us, this is such an opportunity to celebrate and showcase the richness of the Australian music scene. And personally, having been witness to the creative potential of this country I hope to see many more projects like this.” 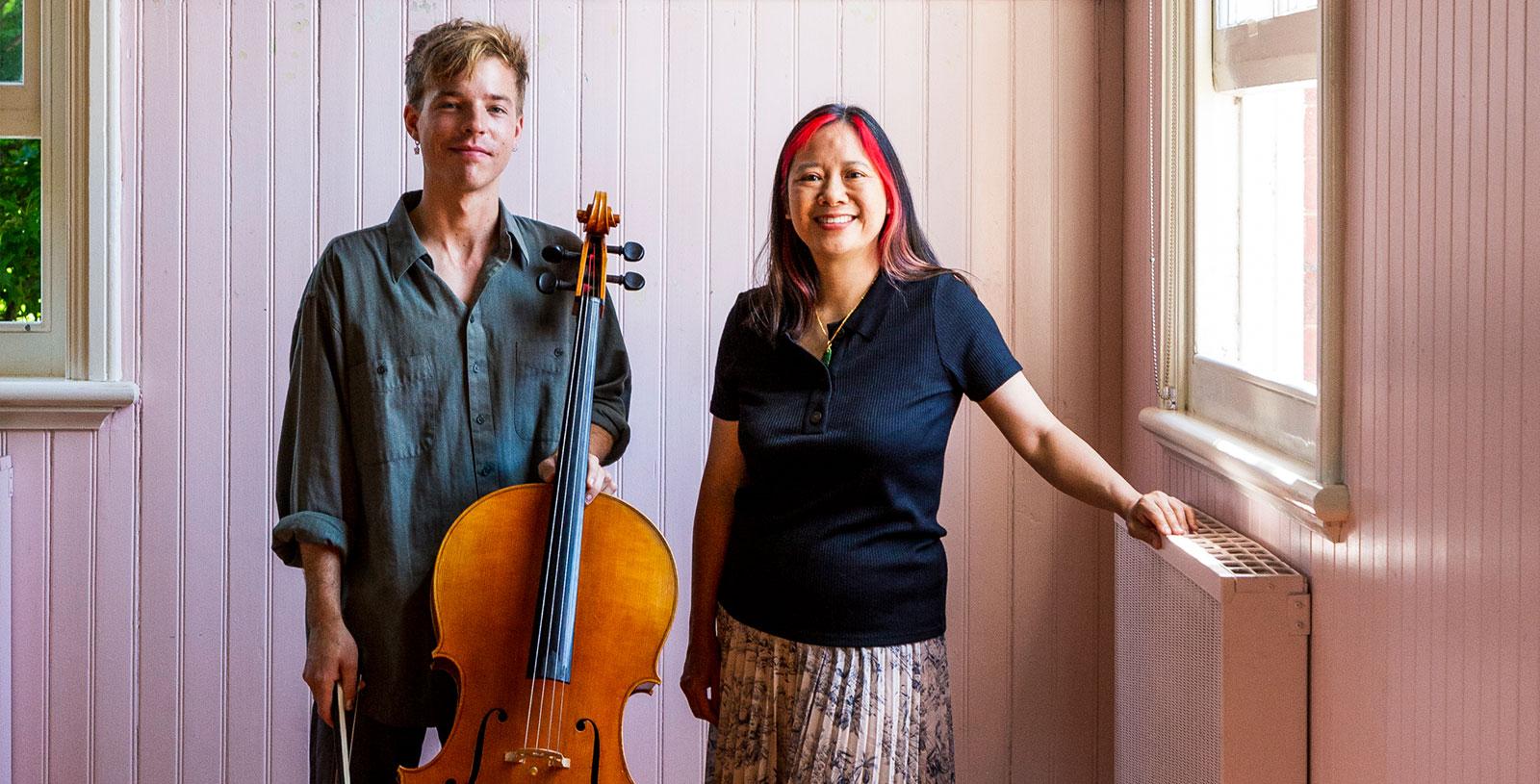 Composer Liza Lim is the first to be paired and will be working closely with ANAM cellist James Morley.

“I'm pleased to be part of ANAM's ambitious program to seed new creative partnerships which I'm sure will bear fruit for Australian music for a long time to come” said Liza, Professor of Composition and Sculthorpe Chair of Australian Music at the Sydney Conservatorium of Music. “I've had collaborations with cellists/cellos at various transformational phases in my compositional practice so I'm excited to be working with James Morley. I think we'll be able to make something unexpected together.”

James said “The idea of any institution being able to facilitate almost 70 commissions in a year is astounding, but it is an idea that ought to become a standardised practise in our industry. To be able to look forward as classically-trained musicians and to have our eyes opened to the phenomenal work of today’s creative musicians is a huge privilege – it’s actually a learning experience unlike any other that I can say I’ve ever shared with an entire cohort of musicians before. Furthermore, to have the honour of working with Liza Lim is the fulfilment of a long-standing dream of mine! I can’t wait to contribute to the next instalment of what is an already acclaimed offering of works for solo cello”

Leigh Harrold, Creative Co-ordinator of The ANAM Set said: “How does one keep track of 154 artists, 67 submission deadlines, 67 performance deadlines? Over the coming weeks, the composer-performer pairings will be finalised and the creation of this landmark anthology will begin. That’s when the blood-and-sweat work starts – the unkempt side of art as composers grapple with the malleability of musical motifs, with software prone to crashing, with writer’s block and looming deadlines; our musicians will contend with possibly receiving a piece of music in discrete chunks, with being challenged to extend the possibilities of their instrument, and with having to interpret a piece for which no existing recording can be referenced (and also with a looming deadline!).

“But it’s our hope that at the end of it all a legacy has been left; not just with 6.5 hours of newly-minted music, but also with the creation of 67 newly-minted performer-composer bonds – bonds that are sure to stay with our ANAM musicians throughout their entire careers.

Find out more and hear from Leigh Harrold, James Morley and Paul Grabowsky in the interviews below:

Images: ANAM cellist James Morley and Liza Lim, Professor of Composition and Sculthorpe Chair of Australian Music at the Sydney Conservatorium of Music.