When the roof collapsed at South Melbourne Town Hall in 2018, displacing all of ANAM’s activities for several months, ANAM’s most notorious birthday cake bringer, Ruby Shirres, had to leave behind a beautiful cake she had made to share with her friends. The building was opened for a few hours, weeks after the incident, for musicians, faculty and staff to retrieve any important items. On her quest to retrieve her Hoffmeister Viola Concerto sheet music, Ruby had to throw the now rock solid cake in the bin. We all laughed about it and were able to share some yummy cakes again not long after. This year, the loss of community connectedness has been harder to laugh off. 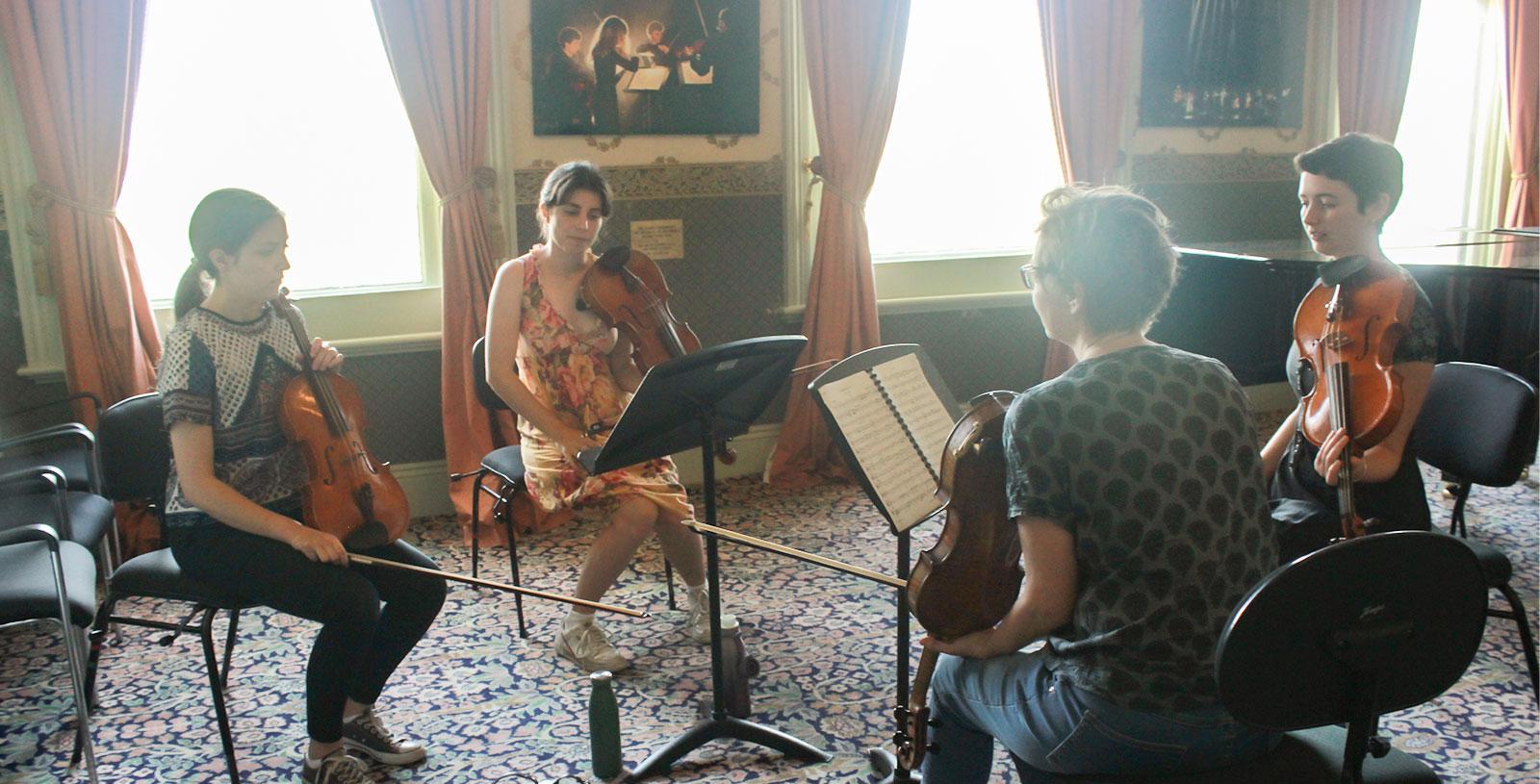 2020 has no doubt been difficult for everyone. I am grateful for the effort made at ANAM to get the program running online, but this has obviously come with its own set of challenges. For me, the loss of the physical community around me has been one of the harder aspects. Musically, the absence of my colleagues has been a huge drain on my inspiration and motivation. My teacher Caroline Henbest recognised this in me and the rest of the viola cohort and decided to give us an extra nudge to create the concert series we are currently sharing online, Bach x Bratsche.

When the concert series idea was put forward, most of us had been individually working on Bach already. I think this was not just a coincidence. I’ve had many different relationships with Bach’s solo cello suites over the years of my music education; learning different sections for recitals, exams and auditions. I approached the first suite earlier this year after having already learnt it in my under graduate degree. This time, with no performance goals at all, I came to it not really aiming to greatly challenge or improve myself, but to seek solace. And I think this desire for solace in music is why the rest of the viola team found themselves working on solo Bach too.

I’ve found the richness of the first suite has been the only satisfactory surrogate to playing with other musicians. Preparing a complete work during lockdown - not just my own part whilst trying to imagine others in the room with me - has been rewarding. Obviously there is other solo viola repertoire but I have found Bach the most comforting. Each suite is a collection of movements in various Baroque dance forms. The preludes have a flowing quality, which introduces the listener to the key with running notes and big chords. This moves on to the Allemande, also often characterised by running semiquavers, but with more of a sense of repose. Next is the Courante, a lively dance, the name of which translates to ‘running’. Following this is the Sarabande. I always remember the teacher I had throughout my school years in Canberra describing this movement as the heart of each suite. Slow and emotional, it is characterised by a slight leaning on the second beat of each bar, which is otherwise uncommon in music of that era. This is followed by a set of two movements, either minuets, bourrées or gavottes, that are light-hearted and poised. Each suite ends with a lively, rollicking Gigue. Exploring all of these different characters within one suite makes it all the more satisfying to prepare the works in full. 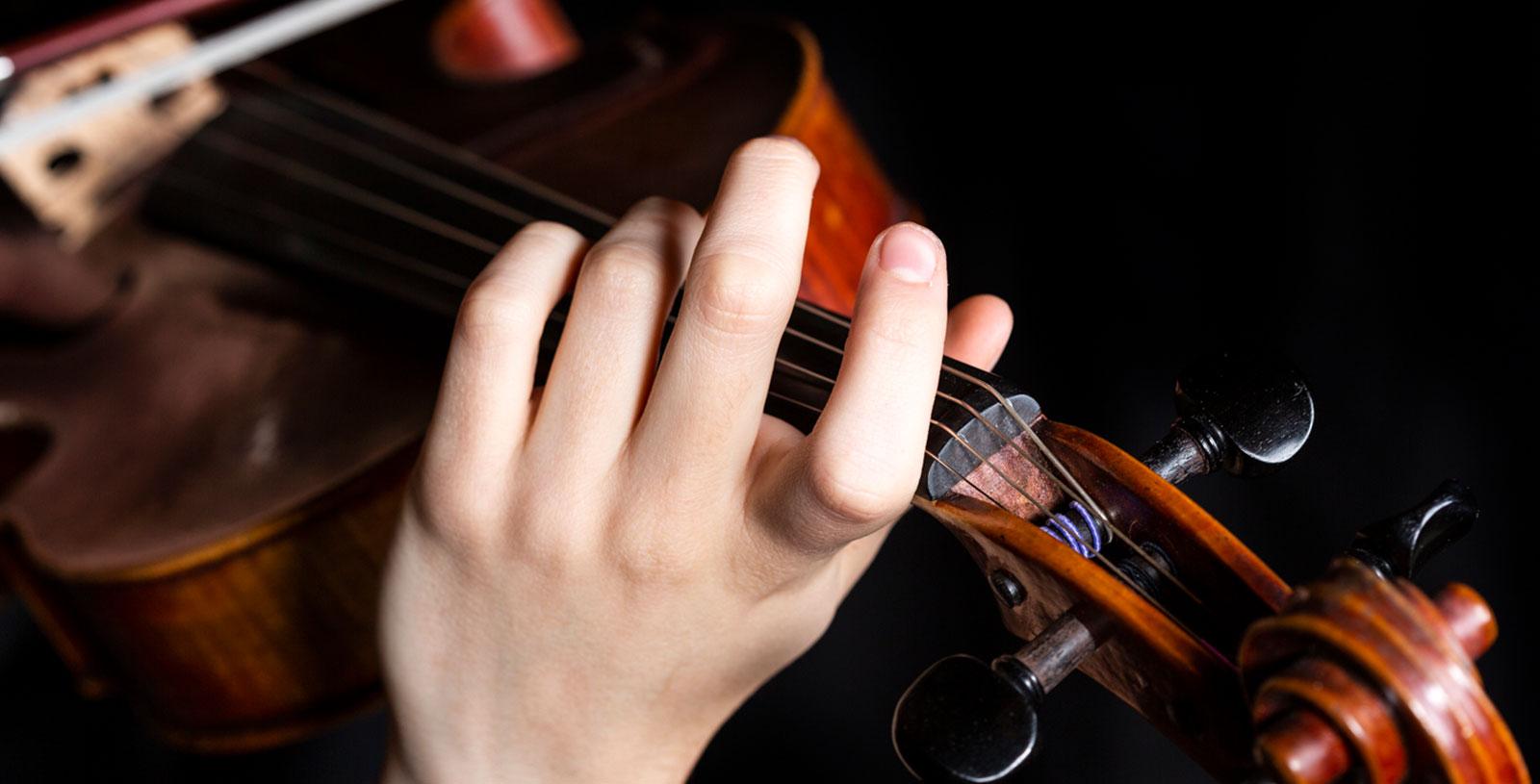 So the program for Bach x Bratsche was the first thing we all agreed on. Six suites, seven players… close enough. Caroline was keen for us to each take on different roles in the production and organisation of this project; to keep us busy but also to foster broader skills that we might need as our industry evolves. In fact Caroline is always encouraging us to nurture areas of our lives other than playing the viola; a quote all of her students have heard if we’re having a bad viola day is “Go and bake a cake!” (advice taken more literally by some than others). So in this instance I put my hand up to be the video editor - something I have absolutely no experience in whatsoever. Jared Yapp, ANAM’s violist-composer extraordinaire, volunteered to write some musical reflections that you would have heard in the first concert. The first of his reflections was for eight violas, and was influenced by the keys of the suites and how one could imagine they connect together. The second was a peaceful interlude performed by Molly Collier-O’Boyle in which she strummed the viola with a pick, like a guitar, and accompanied this with humming and singing. These reflections were one of the highlights of the program for me, as they really championed the unique qualities of the viola. Our performances are transcriptions of the original cello works and although it is widely accepted for them to be performed on viola, Jared’s reflections rooted the project to be not just a celebration of Bach, but a celebration of the viola. The reflection for eight violas also proved to be the most challenging part of my extra musical role, wherein I spent many hours figuring out how to line up the eight videos and have them in sync with each other and the music - a skill I otherwise wouldn’t have learnt and that I hope to use again.

Despite the obvious limitations of presenting music in an online format, I am very grateful to be able to share this amazing music with those who are interested. Whilst it’s not quite the same as us all being in a section in the orchestra, I feel proud that as a team we were able to work together to produce Bach x Bratsche. Thank you for coming on this journey with us and we hope that you enjoy the second and third concerts of our online series. 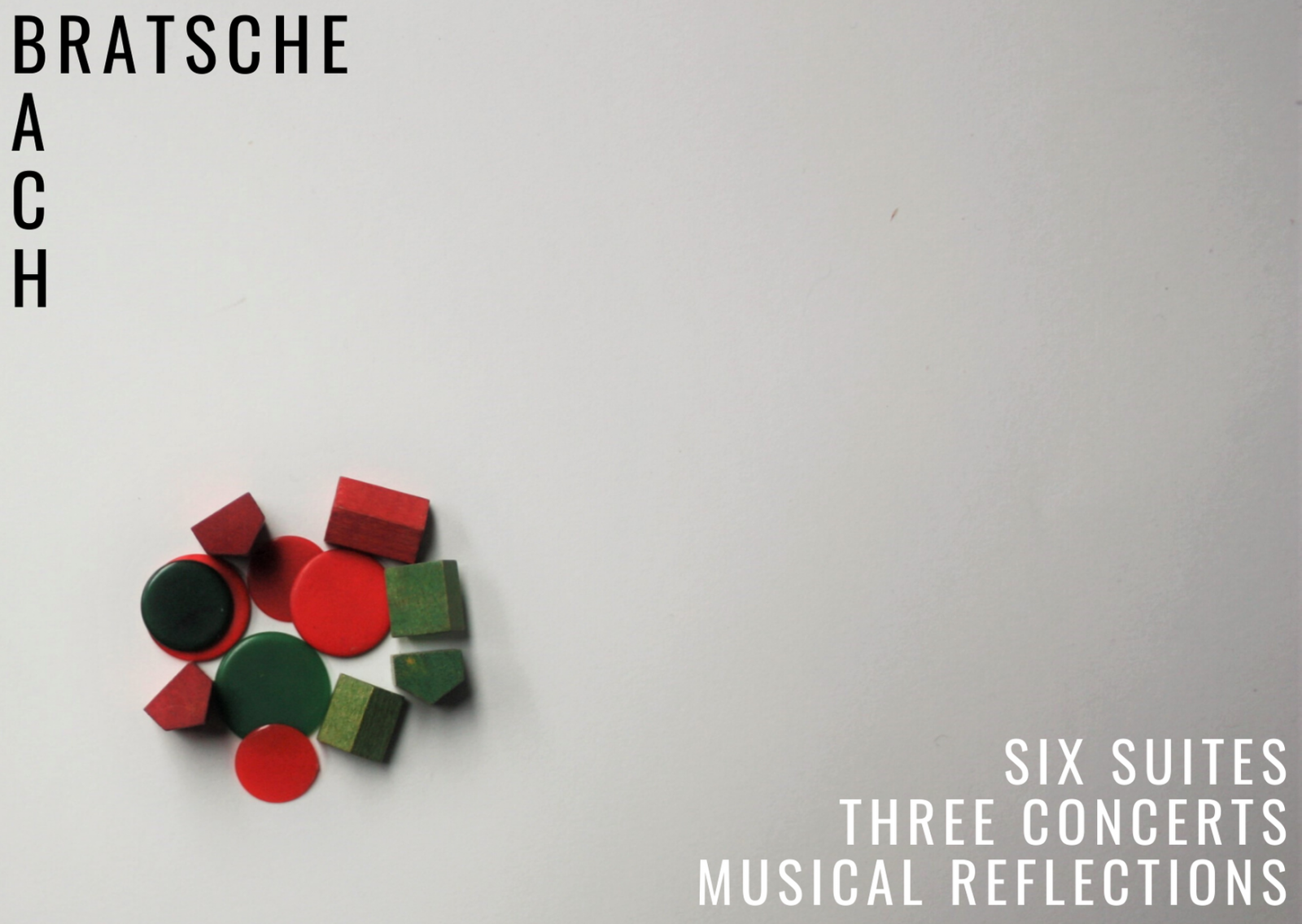 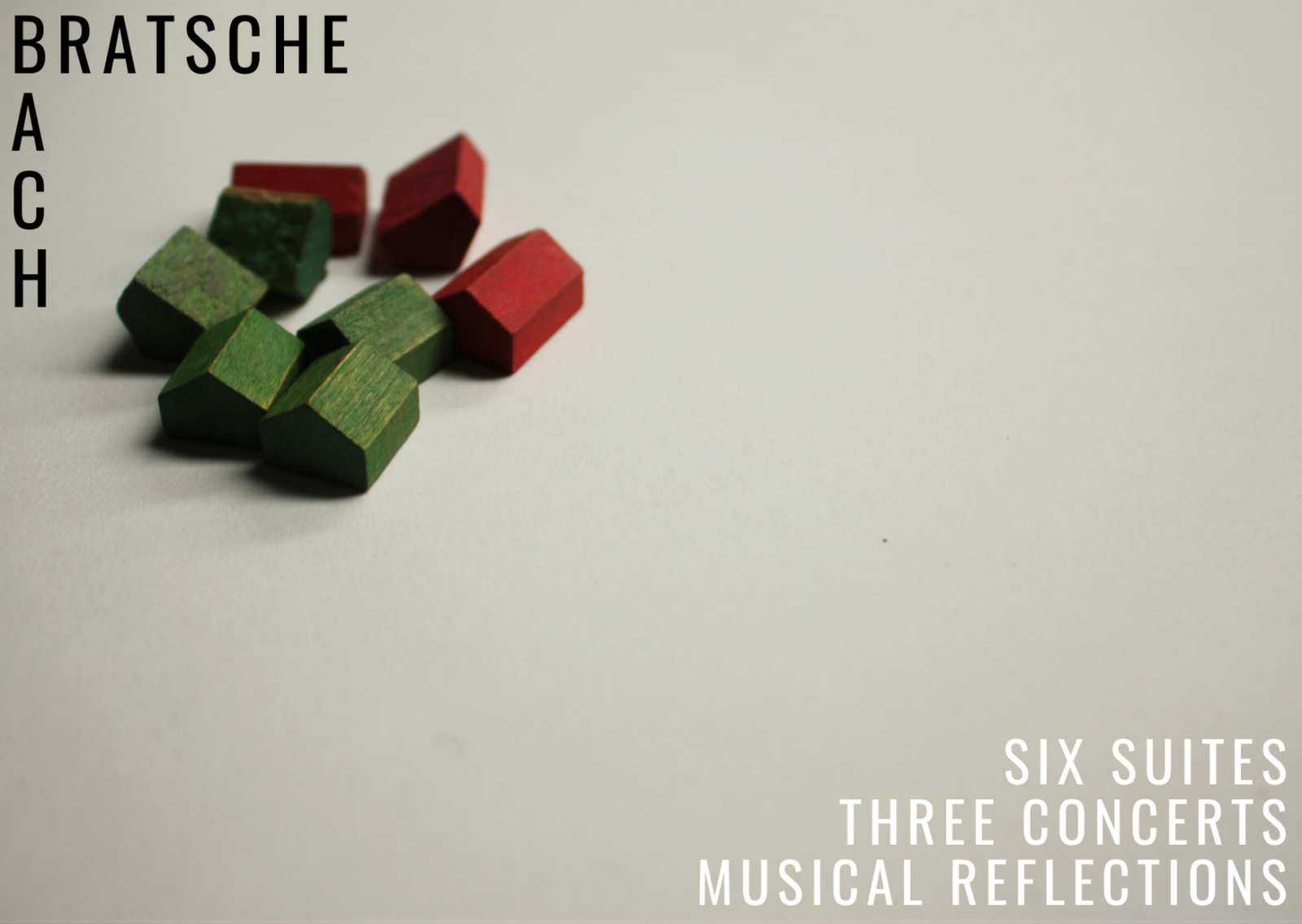 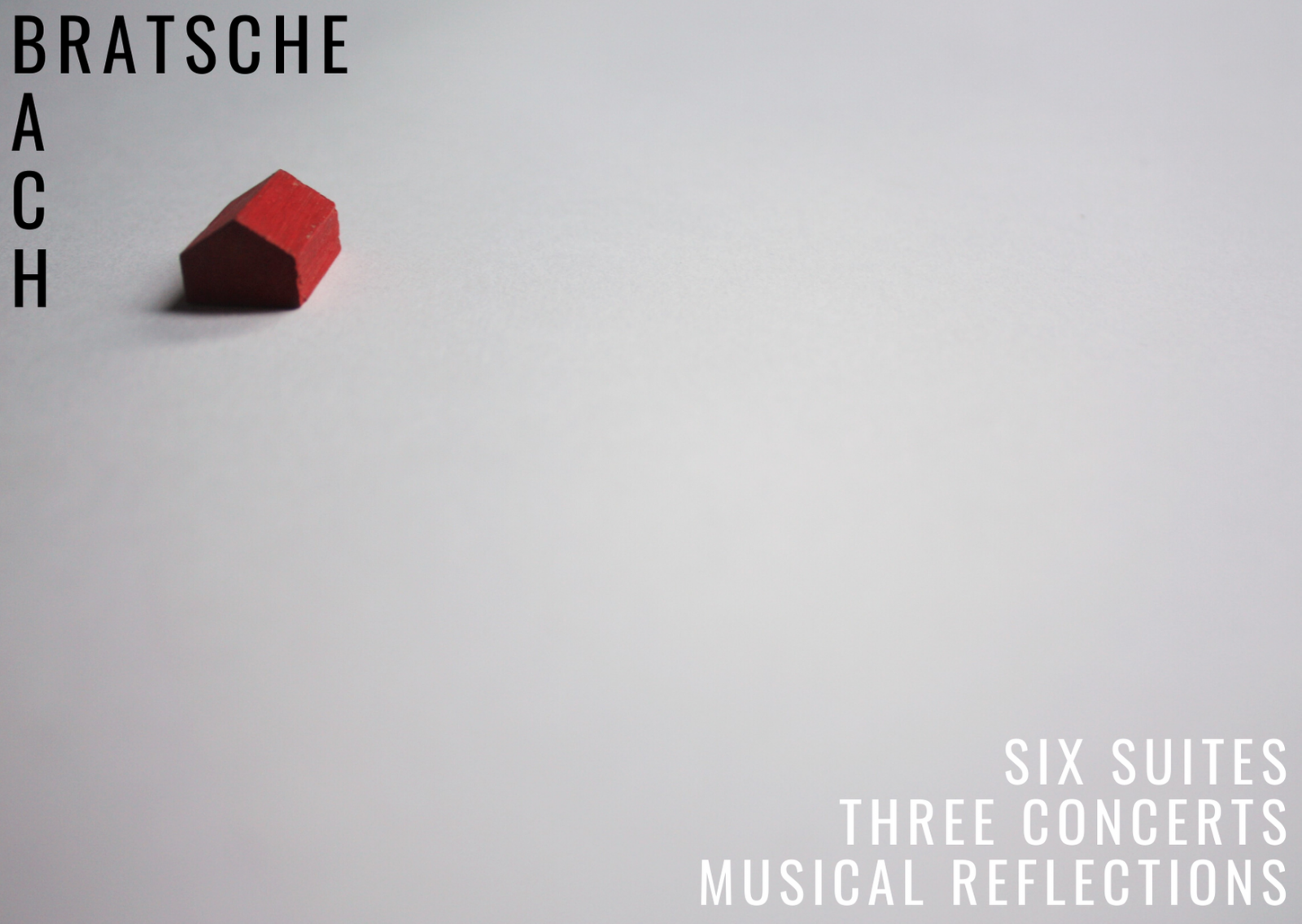