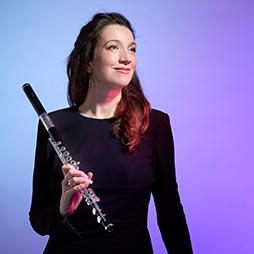 Johann Sebastian Bach’s St Matthew Passion BWV 244, which has accompanied me for most of my working life. Aside from its unparalleled beauty and genius, it is a comprehensive study through every emotion in the human condition.

Growing up as Sally Walker did, in a “household of scientists”, one might expect rigorous analysis to influence her choice of instrument, but she believes that for most musicians (herself included), it is a largely intuitive process.

Music was nevertheless “part of the fabric of family life”, with classical music in particular providing the soundtrack to her childhood via her parents’ record collection and ABC Classic being constantly on. At a deeper level she was also aware of her parents’ “intensely visceral response” to music and a curiosity about composers that sparked her own interest. Sally’s instrument turned out to be flute, although she doesn’t recall making a conscious choice as it happened “too early for me to remember it… but it was very clear to me”.

As with most professional musicians, Sally was encouraged by exceptional teachers early in her musical life. She describes her first mentor Judith Clingan, as a “wonderfully inspired, industrious and courageous teacher” who taught a “holistic mix” of recorder, singing, aural and theory through the Kodály method. Starting with Judith at the age of seven, Sally remained with her early music ensemble and choir throughout her school years.

Following one year of lessons with Jazz flautist Cicilia Kemezys, she was then accepted into the (then) Canberra School of Music’s pre-tertiary program where she began formal classical flute study with Virginia Taylor and Vernon Hill “who did the really 'hard yards' with me, who were consistent and patient with the long term technical and musical development of a teenager”. Next came a Bachelor of Music at the University of Sydney Department of Music where she studied with Geoffrey Collins, who provided the opportunity to learn “a lot of contemporary Australian music, much of it written for Geoffrey”.

Just as her choice of instrument occurred organically, Sally’s tertiary music studies were “just an intensification of what I was already doing”. Music wasn’t something she thought of as a career but rather a calling, or “the compass that guides my life”.

All musicians know the importance of timing, and in Sally’s case her graduation from university coincided with ANAM’s inaugural intake. Curiosity prompted her application, along with the promise of one person per instrument indicating chamber music, somewhere to live and a per diem, a combination that seemed “excitingly professional”. ANAM’s partnership with the then New Music Tasmania Festival meant playing some “quite hard-core contemporary music”, with large chamber works by Benjamin and Ligeti directed by Simone De Haan. Sally remembers it as “a launch pad towards a fastidious approach in polyrhythm” for the entire cohort, most of whom she remains in close contact with today.

Following her time with ANAM, Sally’s next move took her to Germany, where she studied with “legendary teachers of the highest calibre”, Prof. Andrea Lieberknecht and Prof. András Adorján, and aside from working on the solo literature was immersed in a “special technical boot camp”, regarded as a rite of passage for young musicians, meaning she hit the ground running. Aimed at mastering the Mozart Concerti and orchestral excerpts needed for orchestral auditions, the results spoke for themselves and she was soon working in orchestras.

Sally remained in Germany for a decade, working with the Who’s Who of the orchestral world and achieving career highlights, the significance of which she struggles even now to describe, including playing with the Berlin Philharmonic and the Leipzig Gewandhaus Orchestras as well as UK orhcestras including the City of Birmingham Symphony and BBC National Orchestra of Wales. Chamber music also featured with “every performance” of the St Matthew Passion with the Kölner Kammerorchester, the first orchestra with which she played this much loved work. More recent highlights following her return home were an “unforgettable concert” with Steven Isserlis and Dénes Várjon and playing with the Australian Chamber Orchestra’s Reflections on Gallipoli which “in particular felt really important”.

The challenges facing artists are many and varied, and never more so than in this pandemic year, however Sally regards her return to Australia after a decade in Europe as the greatest hurdle she has cleared to date, describing it as “an enormously dark time” that took time to navigate her way out of.

Like so many of her contemporaries, whose careers took them to the other side of the world for significant periods, the anticipated feelings of warmth and ease at “coming home” turned out to be different from the reality. Reverse culture shock is a well-documented phenomenon in professional Foreign Affairs circles, and one that many homecoming artists also experience at first hand. Acknowledging now an “unrealistic expectation that everything remains the same”, Sally found that home had changed, as she had, and is now able to observe the same phenomenon in her students who return from extended stays overseas. “You are returning to a country as a ‘new’ person where everyone has their place at the dinner table, so to speak”. Her experience of living in a country with “comprehensive government support at every step of the musical ecosystem and then returning to my own country – and gladly so as I was often very homesick – was a confrontation”. She feels enormously proud of Australian musicians and “how much we create out of relatively so little financial support, continually reinventing ourselves to adapt to our environment”.

If there was ever a time to create something from nothing, 2020 has delivered it. With more than twenty organisations cancelling projects and half her income collapsing,  Sally had to reinvent herself all over again, a process she can now sum up in terms of “two important chances”.

The first was a chance to practise “just for me, no deadlines, no pressure. This felt wonderful. I could keep practising something until it was just how I wanted it to be, very organically. Now that I have performance deadlines again, I feel a slight frenetic energy in preparing things to a particular level in a set timeframe”.

The second she regards as more important, as it has resulted in a change of focus to her philanthropic projects.  “As I lost half my income, some financial changes had to be made and I had to cancel the monetary donations I made to various charities and foundations. This was very disempowering. After some reflection, I realised that giving one’s time is donating too, so began to look for social projects that were the right fit for me.”

The solution for Sally has been to begin teaching voluntarily for the Illumina Festival’s ‘Equal Music’ project, where she is teaching a 21-year-old Brazilian student over WhatsApp “with my beginner Spanish, his beginner English and a little bit of help from Google Translate, we are managing very well.” She has also brought the ‘1:1 CONCERTS’ social project to Australia. Founded by three Germans, a musician (her friend, flautist Stephanie Winker, with whom she played in the Leipzig Gewandhaus Orchestra), scenographer and cultural mediator, their concept concert of 1 musician, 1 listener in an intensive 10 minute musical exchange where the musician decides on the program just for that listener, has proved powerful and in some cases, transformative; Sally recalls performing a 1:1 concert to a gentleman with dementia who said “it made him feel human again.” There is no ticket price for these concerts but listeners are asked to make a donation to Freelance Artist Relief Australia, a foundation established by Nicole Car at the beginning of the pandemic. So far, the foundation has raised over $400,000 since its inception and helped 85 musicians in distress to date. 1:1 CONCERTS have been operating in Australia since July with performers including Taryn Fiebig, Elena Kats-Chernin, Sonya Lifschitz, Daniel Yeadon and Sally’s “boss”, Head of the ANU School of Music, Kim Cunio. Venues range from art galleries and rose gardens to unknown parts of cathedrals. 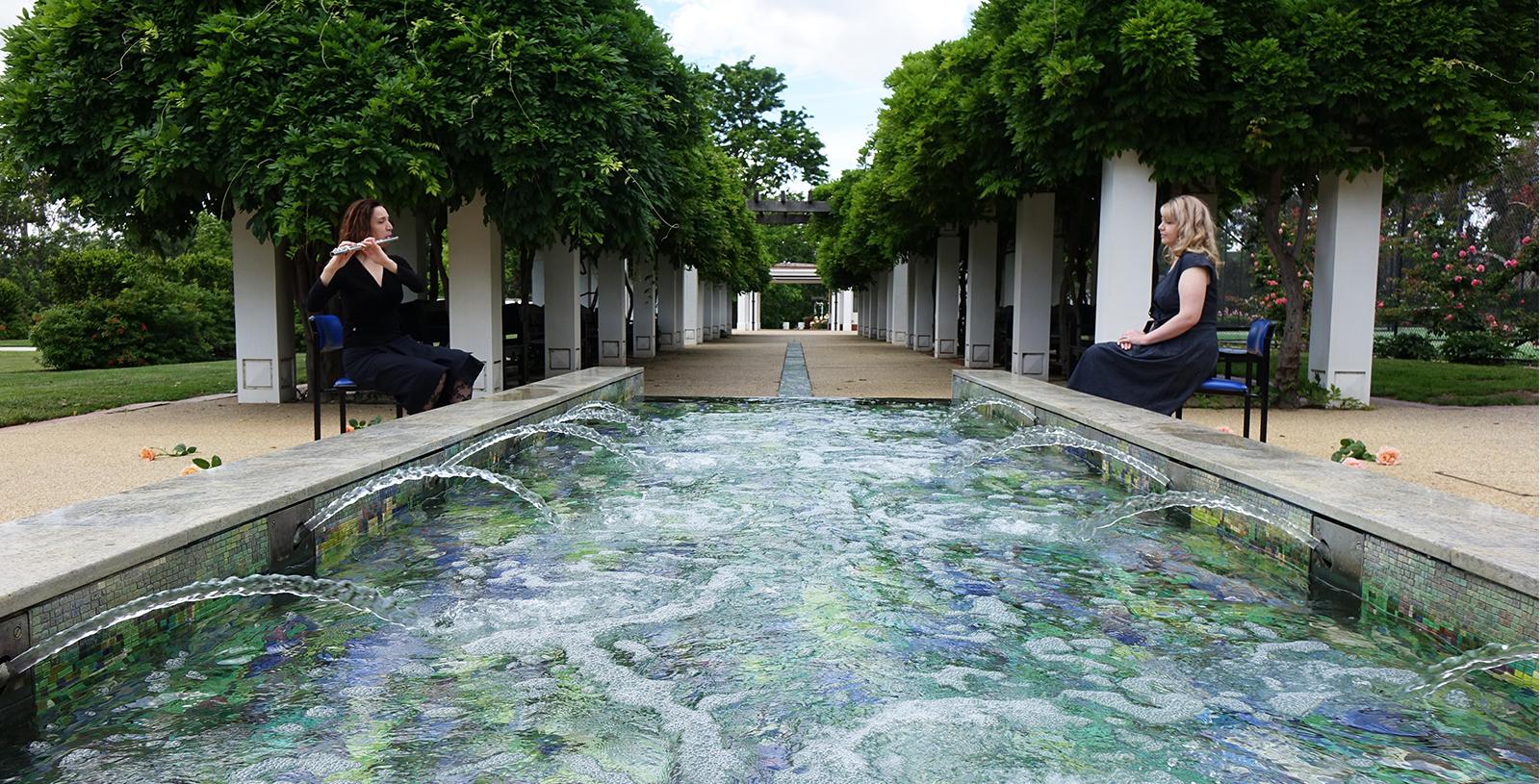 With a career that crosses continents and performances variously described as commanding, magical and ornately expressive, Sally Walker is uniquely qualified to consider what advice she would have given her 20-year-old self: “Stop wasting your time in self-doubt; learn a little bit more quickly that disappointments are part of the journey and will always remain so. Devote yourself to your craft and work steadfastly, following your instincts and having a wholesome discipline. That is the worst thing about self-doubt, it erodes routine and there is no time for this as there is too much beautiful music to be learned for just one lifetime!”

To ANAM musicians, she would say the same, with an added note to be “watching your well-being, both mental and physical” amongst all the intensive practising.

These days, Sally looks after her own wellbeing by keeping a “fairly serious” yoga practice, being in nature (especially under water), watching films, spending time with family and friends… and hopefully indulging in overseas travel again at some point, pandemics permitting.

It is unlikely that this virtuoso musician, philanthropic action hero and generally well-rounded human will experience reverse culture shock the next time she steps onto home soil. 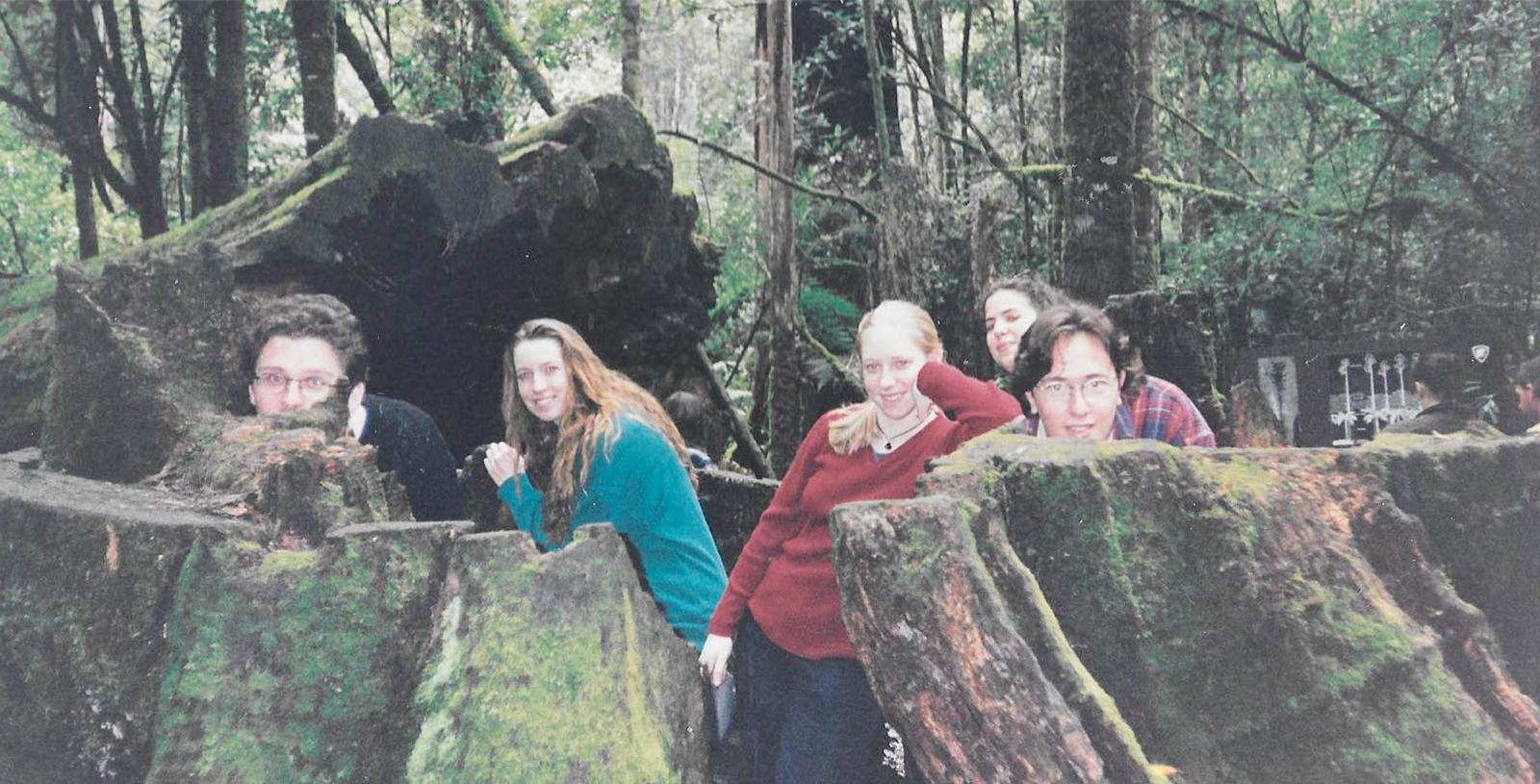 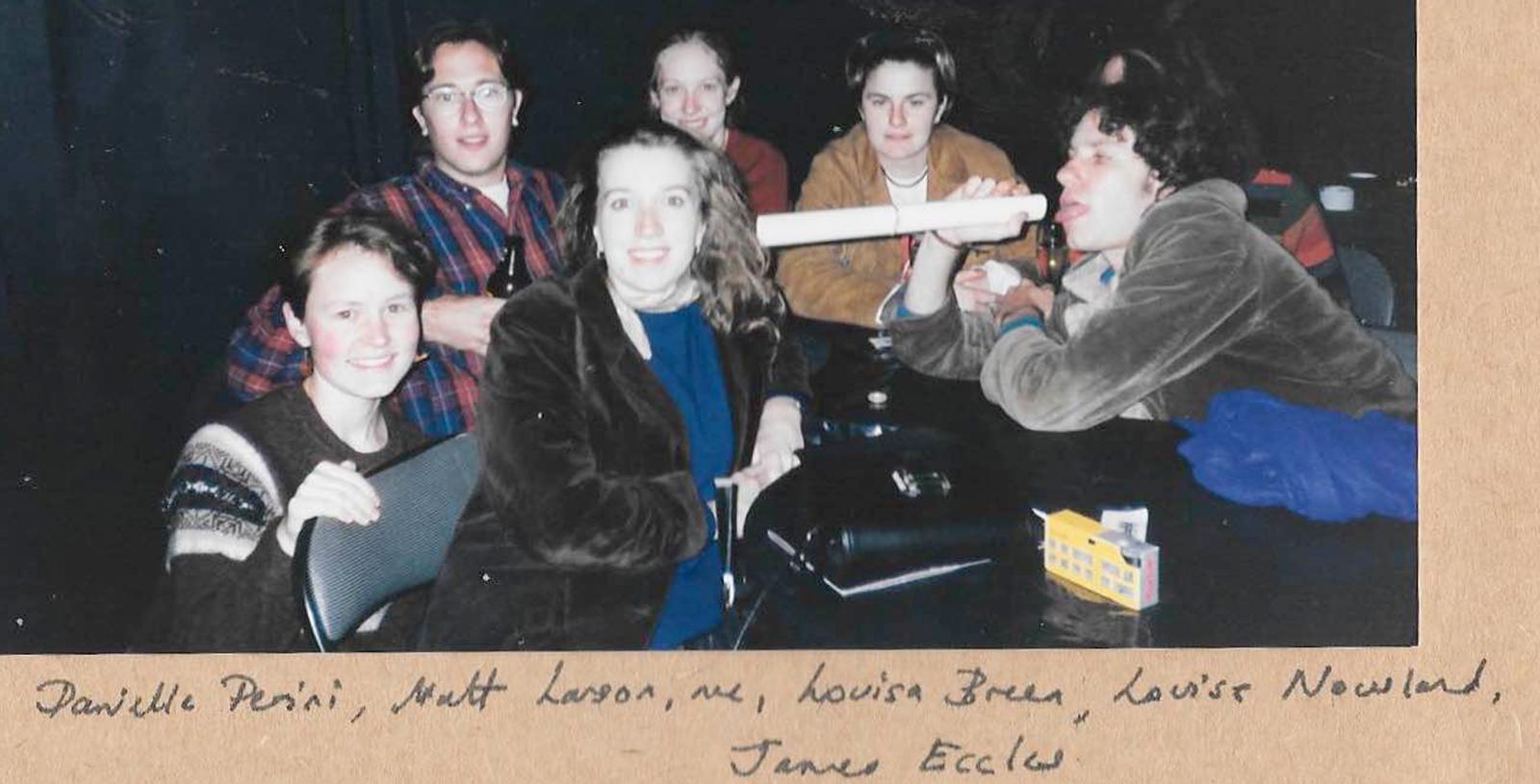 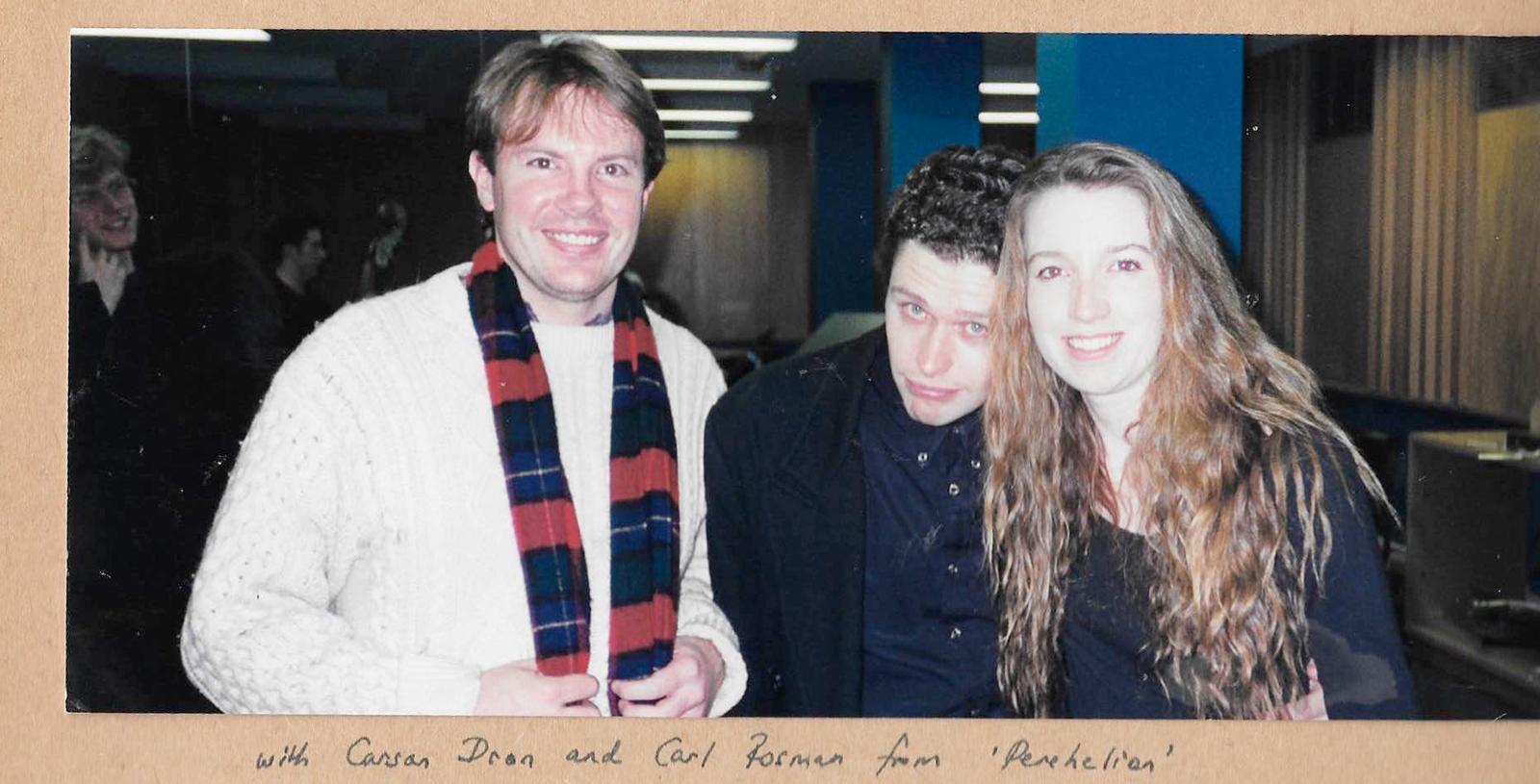 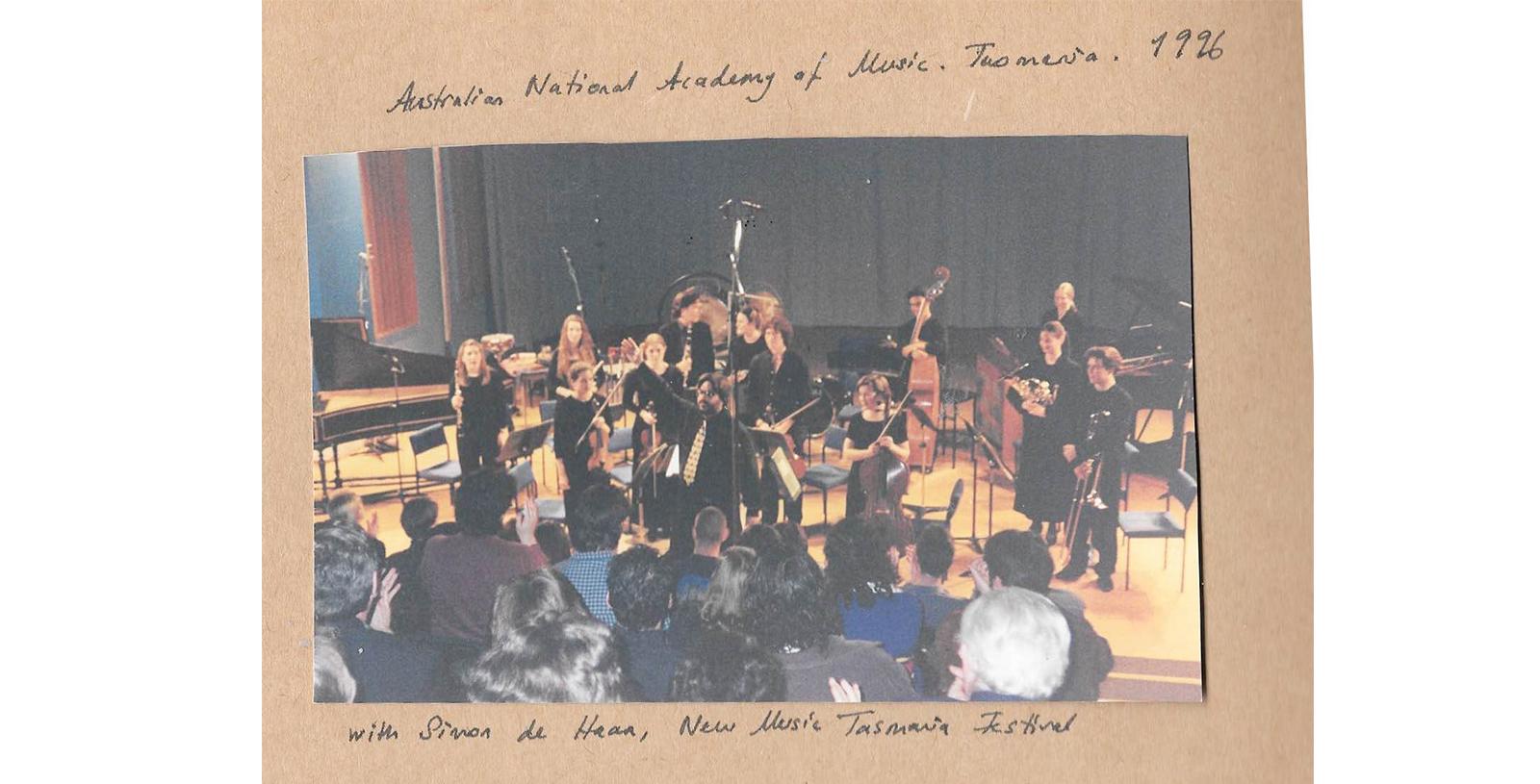