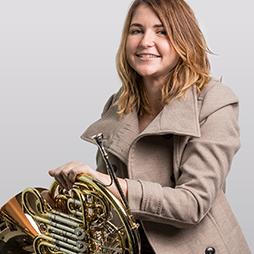 Rachel Shaw remembers a traumatic choice she had to make once she’d realised, in her teens, that music would be her life: horn or violin?

“I knew pretty early on in high school that I wanted to be a professional musician of some sort. At first, I was convinced I would be a violinist, and not long after, I seriously considered the possibility of studying both violin and horn to a professional level as I loved them both equally. But as any professional musician will tell you, it’s challenging enough pursuing a career and mastering one instrument, let alone two!”

By the time Rachel had to make this decision, though, she had already fallen in love with the horn, its sound, and its repertoire, thanks to her teacher Peter Luff. “Peter was and always will be a massive inspiration to me. I don’t think I’ve ever met a more passionate musician, and his enthusiasm was contagious from the minute I met him. After each lesson he would send me home with a CD filled with music – everything from Mozart’s horn concertos to recordings of the amazing gathering of orchestral players who created the group called the London Horn Sound.”

Rachel’s belief that the horn was right for her has been proved many times over. Although barely out of her 20s, she has already acquired a vast and varied range of experiences as a performing musician. You might even call her a musical chameleon, for in the years since her departure from ANAM in 2013, she has made an impact in the worlds of orchestral and chamber music; from her current role in the Melbourne Symphony Orchestra’s horn section to her work as a foundation member of one of Australia’s most admired chamber ensembles, Arcadia Winds. Yet she did not even think about playing the horn until she was in high school.

“I was born on the Gold Coast, and was lucky enough to be part of a fantastic classroom and instrumental music program throughout primary and secondary school. I am the youngest of four children and two of my older siblings played in the school band, so it was only a matter of time before I took up my first instrument.

“That turned out to be the violin, when I was eight,” she says. “Then in my first year of high school I was approached by the brass teacher to pick up the horn. I hated the idea of playing a second instrument so much that I went to my older brother, Matt (who was in year 12 and played the trumpet) and cried to him, saying how much I didn’t want to do it. But he slowly talked me around and managed to convince me to give it a go. So, the most important chapter of my musical journey began.”

ANAM has been a magnet for some of Queensland’s most talented young classical instrumentalists, and Rachel is no exception. “I was nearing the end of my three-year Bachelor degree from the Queensland Conservatorium in 2010, and like a lot of graduating students, was thinking: ‘What next? Do I stay on to do my honours and continue to work as a freelancer in Brisbane, or study interstate, or perhaps abroad?’ There was quite a bit of excitement around ANAM from students at the Con, and I had also met several ANAM musicians through the Australian Youth Orchestra. It seemed like a great next step for me. “Andrew Bain was [and still is] teaching at ANAM, and I had always aspired to learn from him. So, along with the other amazing Faculty and experiences, it was a no-brainer.”

Rachel had a clear, simple vision for her future when she walked into ANAM for the first time: she was going to be an orchestral musician. But her ambitions morphed somewhat over time. “Ever since my teens I knew I wanted to perform in a symphony orchestra, and for a long time, that was my only goal. However, early on at ANAM I realised I needed to do more to become a well-rounded musician. ANAM is well known for its fantastic chamber music program and I was lucky to have performed in so many different ensembles during my time there. Gradually, I began to fall in love with chamber music. What I never expected going into ANAM was that I would leave as a founding member of my wind quintet Arcadia Winds, with four of my best buddies by my side.” By the way, those best buddies are Matthew Kneale (bassoon 2013), Lloyd van’t Hoff (clarinet 2014), Kiran Phatak (flute 2013), and David Reichelt (oboe 2015).

It’s because of Arcadia Winds that, when her studies concluded in 2013, Rachel spent an extra year at ANAM, along the rest of the group, as part of an ANAM Fellowship. How to explain the ensemble’s early success? Fellow Arcadian Kiran Phatak (flute 2013) explains: “My enduring memory of our formation will always be our very first rehearsal at ANAM in 2013. I remember being astonished at how little we had to talk. Somehow, when we picked up our instruments and played, there was no discussion required. As a musician, when you find something like that, you hold on to it—and that’s what we’ve been doing ever since!” After the ensemble’s Fellowship year in 2014, Arcadia Winds became Musica Viva’s inaugural Futuremakers, and are now widely regarded as one of the most exciting young chamber ensembles in the country.

In a non-COVID year, balancing her work as a full-time member of the Melbourne Symphony Orchestra’s horn section with the travel the Arcadians undertake each year has its challenges, but Rachel describes her MSO work as “my dream job; I get to perform symphonies week after week. Who thought I would ever get paid to do that?!” In addition, her work with Arcadia Winds allows her to “travel all around this beautiful country (and world) performing, inspiring and educating audiences of all ages.”

If Rachel could think herself back into the mind of the version of herself who first walked into ANAM in 2011, she would tell the younger Rachel to stay true to yourself.

“As an aspiring musician, you have so many opinions thrown at you from all directions, and ultimately only you can make decisions about your future, and choose what you really believe in. It’s not always going to be easy, but like anything, those times will pass. The good far outweighs the bad so hang in there!” 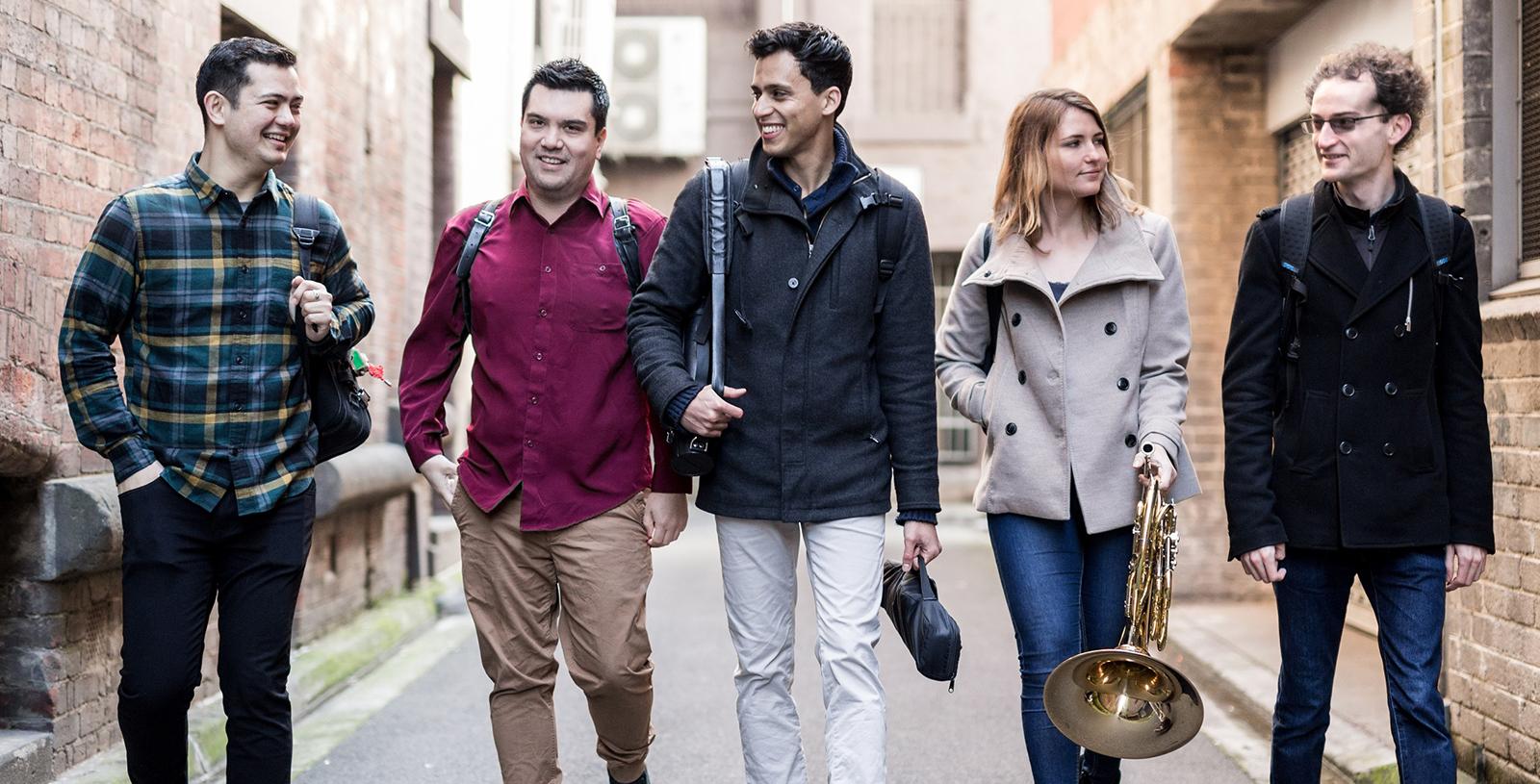 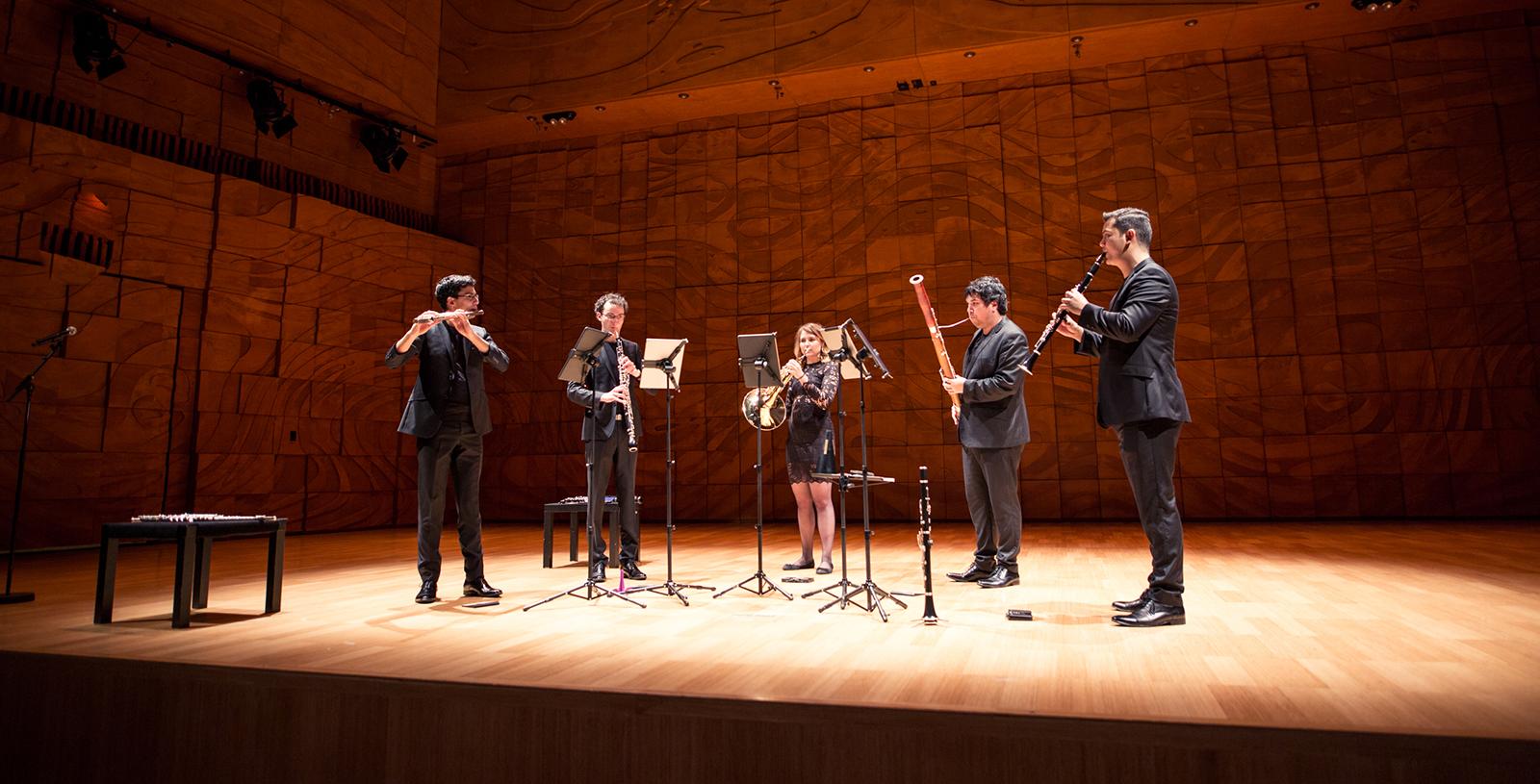