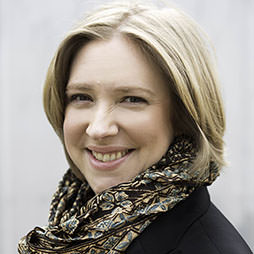 Louisa Breen was born in Melbourne, Australia, and started her piano lessons with Nehama Patkin. After attending the Victorian College of the Arts Secondary School, she graduated with Bachelor of Music Honours from the University of Melbourne. In the same year she began her postgraduate studies on the piano at the Royal College of Music in London, supported by a Queen Elizabeth the Queen Mother Scholarship, an Associated Board International Scholarship, and the Clarke Scholarship. After gaining a Distinction for her Postgraduate Diploma in Advanced Performance, Louisa completed her Masters in Musical Performance, followed by two years as an RCM Junior Fellow.

While in the UK, Louisa won many prizes including the highest prize for piano at the Royal College of Music, the Chappell Gold Medal. She has toured Asia and Australasia as a member of the RCM Premiere ensemble and performed regularly as a soloist and as a chamber musician in concerts throughout London and the UK, including such venues as the Purcell Room, Queen Elizabeth Hall, St Martin-in-the-Fields, and St John's Smith Square. She has performed concertos with orchestras in Australia, the United Kingdom, Europe and New Zealand, including the European Premiere of Australian composer Carl Vine's Piano Concerto with the RCM Sinfonietta. In 2004, Louisa won the piano section of the prestigious Royal Overseas League Music Competition, followed shortly by her solo Wigmore Hall debut.

In 2005 Louisa returned to live in Melbourne, and has been working as a freelance pianist since. She performs regularly as a solo and chamber musician, and is a regular pianist with the Melbourne and Sydney Symphony Orchestras. As half of the Brown and Breen piano duo, she has released a CD of Australian compositions for 2 pianists, and has had works written for her by Peter Sculthorpe and Ross Edwards.

As well as her musical life, Louisa enjoys good food, riding her bicycle, and being the mother of two little bouncy boys.