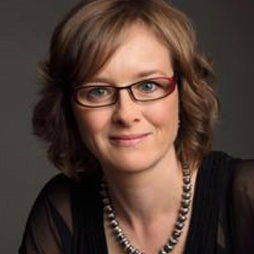 Born in England, Caroline Henbest studied at the Yehudi Menuhin School and the Guildhall School of Music with Robert Masters and David Takeno. After 10 years as violist in the Mistry string quartet, she moved to Australia to take up the position of Principal Viola with the Australian Chamber Orchestra (ACO). Caroline has performed concertos with the ACO in Australia, USA, Malaysia, China, Singapore, Spain and the UK. She has regularly partnered Richard Tognetti in Mozart’s Sinfonia Concertante. Though she left the orchestra as a full time player in 2002, Caroline currently holds a part time position with the ACO.

Caroline has worked extensively as a teacher, having taught at Monash University, Melbourne University, the Australian National Academy of Music (ANAM) and the Sydney Conservatorium of Music, where she fulfilled a year’s contract as Senior Lecturer.

In 2007 Caroline was a jury member for the 5th Melbourne International Chamber Music Competition. She is a regular participant at chamber music festivals throughout the world, including the IMS Prussia Cove 2007 tour, which was awarded the Royal Philharmonic Society chamber music award.

Since June 2008 Caroline has been based in London and Sydney. She has performed as Guest Principal Viola with the Sydney Symphony, Melbourne Symphony, Philharmonia Orchestra, Hong Kong Philharmonic, City of London Sinfonia, Scottish Chamber Orchestra and Glyndebourne on Tour.