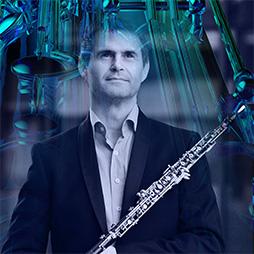 Due to the evolving situation regarding COVID-19, this event has been cancelled. We will contact all ticket holders. For more details click HERE.

In his first residency at ANAM, exceptional musician and oboist David Walter shares his knowledge with ANAM musicians, leading them in two premieres.