In between concert tours, ANAM alumna and multi-faceted artist Aura Go found time to do a Q&A with us to talk about Chopin, Preludes to Preludes, a concert she is curating for ANAM. Read the complete interview to see what she has to say about choosing the repertoire, collaborating with Artistic Director Paavali Jumppanen and our musicians, and returning to ANAM. Scroll down to the bottom of the page to see some photos of Aura Go and her numerious performances.

Aura Go: Chopin, Preludes to Preludes is directed by Aura Go and will be topbilled by ANAM pianists. Purchase your tickets for this concert on Saturday 18 June at the Rosina Auditorium, Abbotsford Convent. 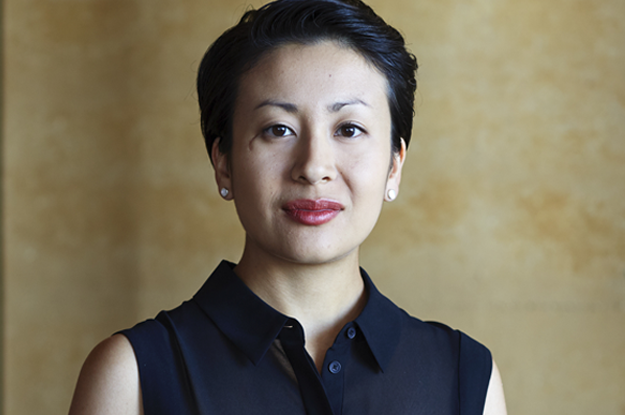 Q: Can you tell us more about your concert program and your motivation for featuring works of the composers in it?

I’m very pleased that Preludes to Preludes is not my program but the result of a collaboration between me and the ANAM pianists. In designing this project, I identified three areas of exploration that I aimed to bring together. The first is the work that forms the spine of this performance, Chopin’s 24 Preludes Op. 28. In my initial conversations with Paavali Jumppanen, the Chopin preludes emerged as an ideal subject for a piano project, tying in beautifully with the other projects undertaken by the pianists during 2022, namely Bach’s Well Tempered Clavier and the Scriabin sonatas. The second is the idea of co-curation being a significant part of the process. I was keen for the ANAM pianists to have a strong sense of agency in the design of this project – to work together as a cohort to curate a kind of energetic or atmospheric narrative through the Chopin preludes. I’m delighted that the repertoire we have arrived at spans Bach, Liszt, Boulanger, Messiaen, and even possibly something that will be improvised during the performance! The third thread is also related to process. Through the Chopin preludes and the pianists’ additional chosen works, I wanted to explore practice and rehearsal approaches to developing musical embodiment.

If we consider the work of actors, the role of embodiment is very clear: actors literally give body to the characters they play. The musician’s job is very much the same in that music comes to life in performance – through our bodies, and through similar processes of embodiment. Just like actors, a significant part of our work as musicians lies in finding life in what actor Michael Chekhov called ‘magical in-between spaces’ – between words, between notes, between gestures and impulses. This project is a wonderful opportunity to explore some of the principles and techniques of Chekhov to delve deeper into the expressive, atmospheric and energetic aspects of the preludes and experience (or embody) these aspects anew in each moment of performance.

Q: What do you think is Chopin’s biggest contribution to classical music?

Of the great composers, Chopin is striking in that he wrote almost exclusively for the piano. As a pianist and composer, he possessed an unparalleled understanding of the instrument, pushing pianism and piano writing into unchartered territory – technically, expressively and sonically. He created a masterful marriage between expression, musical narrative and intellectual rigour. It is for good reason that we think of Chopin as the ‘poet of the piano’. Chopin, more than anyone else before or since, revealed the piano’s capacity for vocal, poetic expression.

Q: What was your experience like planning the concert with ANAM Artistic Director Paavali Jumppanen?

Very enjoyable! I was pleased to hear about the new ‘slow learning’ approach taking place at ANAM this year, and it quickly became apparent that my preferred multi-phase approach to a project like this – which involves a collaborative curatorial process and the exploration of new rehearsal methods – was in perfect alignment with the broader educational approach at ANAM under Paavali’s direction.

Q: You are actually an ANAM alumna. Can you tell us more about your time at ANAM, your fondest memories training in the Academy and what amazing things you did after your time here?

I was a student at ANAM between 2007 and 2009, a time filled with memorable musical experiences. It was a wonderful training ground as a performer. Playing weekly in piano class and forum and regularly in a range of public performances provided the best possible mental, physical and musical training at that stage of my musical development. It was at ANAM that I met my friend, colleague and duo partner in the KIAZMA duo, Tomoe Kawabata. Our conversations about music and piano playing taught me so much, and continue to teach me. I will always remember the wonderful opportunities to perform Schubert, Schumann and Brahms lieder with Peter Coleman-Wright and Sally-Anne Russell, and the orchestral projects with Simone Young in which I played piano and celeste.

Since my student days at ANAM, I have been fortunate to work professionally around the world. I’ve been able to make music with wonderful musicians, meet and collaborate with composers, and develop interdisciplinary projects with artists from the worlds of theatre, dance and visual art. Recently, I was lucky to collaborate with exceptional artists on the new stage adaptation of Paul Kildea’s book Chopin’s Piano for Musica Viva, a story that centres around the Chopin preludes and the shabby Majorcan piano on which they were completed. I am currently in Sydney recording the cycle of Beethoven sonatas for cello and piano with Timo-Veikko (Tipi) Valve for ABC Classics. 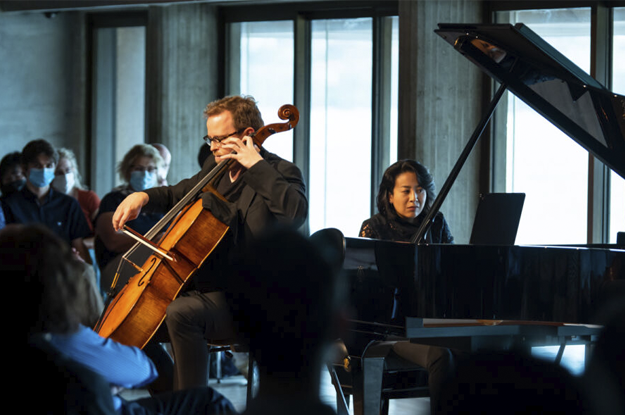 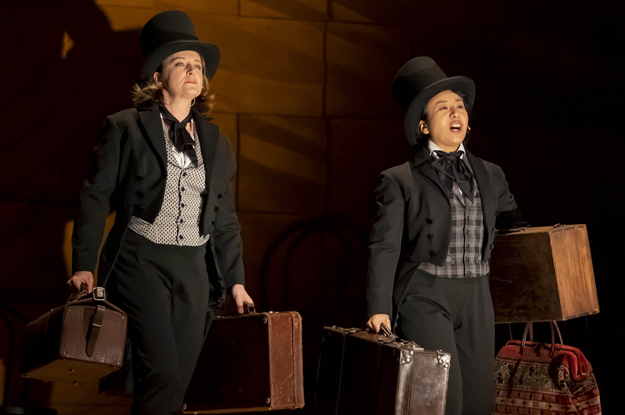