In March, our musicians will work with Guido Segers, Principal Trumpet of the Munich Philharmonic, and Peter Moore, Principal Trombone of the London Symphony Orchestra.

To find out a few facts about brass instruments, we recently spoke to Yoram Levy, ANAM Head of Brass, Trumpet Faculty, and Principal Trumpet with the Tasmanian Symphony Orchestra. 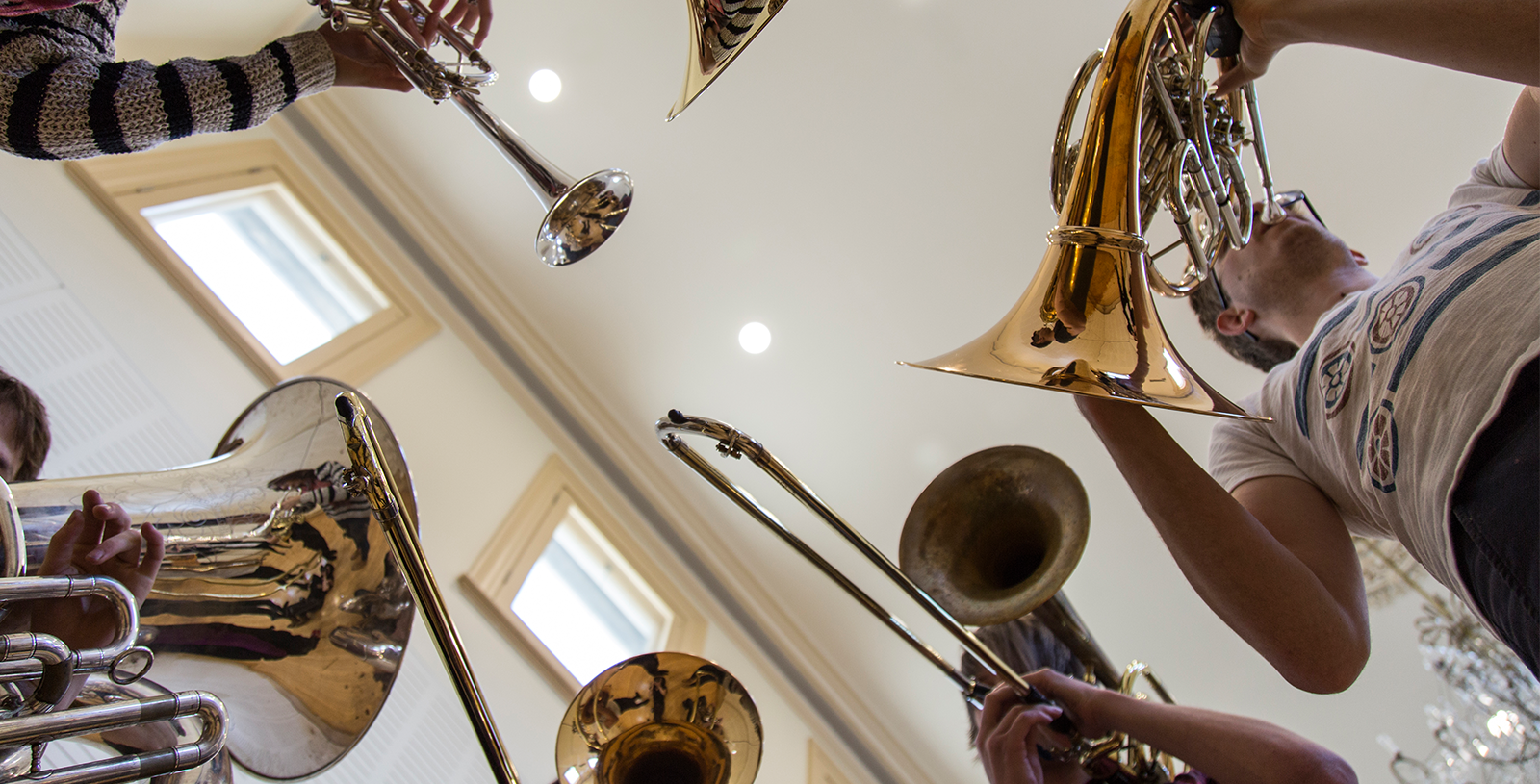 How does a brass player choose a new instrument? Do you normally stick to one brand of trumpet?

Brands or individual makers always work in conjunction with players. They respond to feedback and suggestions. There is science and a lot of trial and error in instrument design. Elements that work become ‘traditional’ for a particular maker.

Tone characteristics, intonation and response are key elements in choosing a brass instrument. The initial response of an instrument to the way you blow/buzz/sing is the real ‘moment of truth’ in choosing an instrument. There are a few brands that dominate the classical trumpet market, with Yamaha and Bach having the lion’s share. In the rotary trumpet field based mainly in Germany and Austria, there are a few makers with traditions of sound and mechanics.

In January I purchased an instrument made by Ricco Kuehn in a village between Leipzig and Dresden. In fact, I bought two. I fell in love with a G trumpet that was hanging on the studio wall and I’ve already used it in a Tasmanian Symphony Orchestra recording for a TV ad.

Do you have multiple mouthpieces and if so, why?

When asking a trumpet player about mouthpieces you generally open a pandora’s box. All I can say is that the above box has dozens of mouthpieces. Some never to be used again, some to be resurrected, and some to be used as scrap metal.

Can you tell us about some of the different styles of trumpet?

The piccolo trumpet is half the length of the regular trumpet, which makes playing in the second octave less ‘slippery’. The price is a smaller but distinct tone. The pocket trumpet is a normal trumpet bent a couple more times around itself. The fourth valve adds another length of tubing with interval of the fourth. It enables the piccolo trumpet to play lower notes, and the same goes for the four-valve flugelhorn. Schagerl has had the opportunity to work with Thomas Gansch and James Morrison on some fun experimental designs. In North America David Monette in conjunction with Wynton Marsalis has produced some beautiful looking pieces. 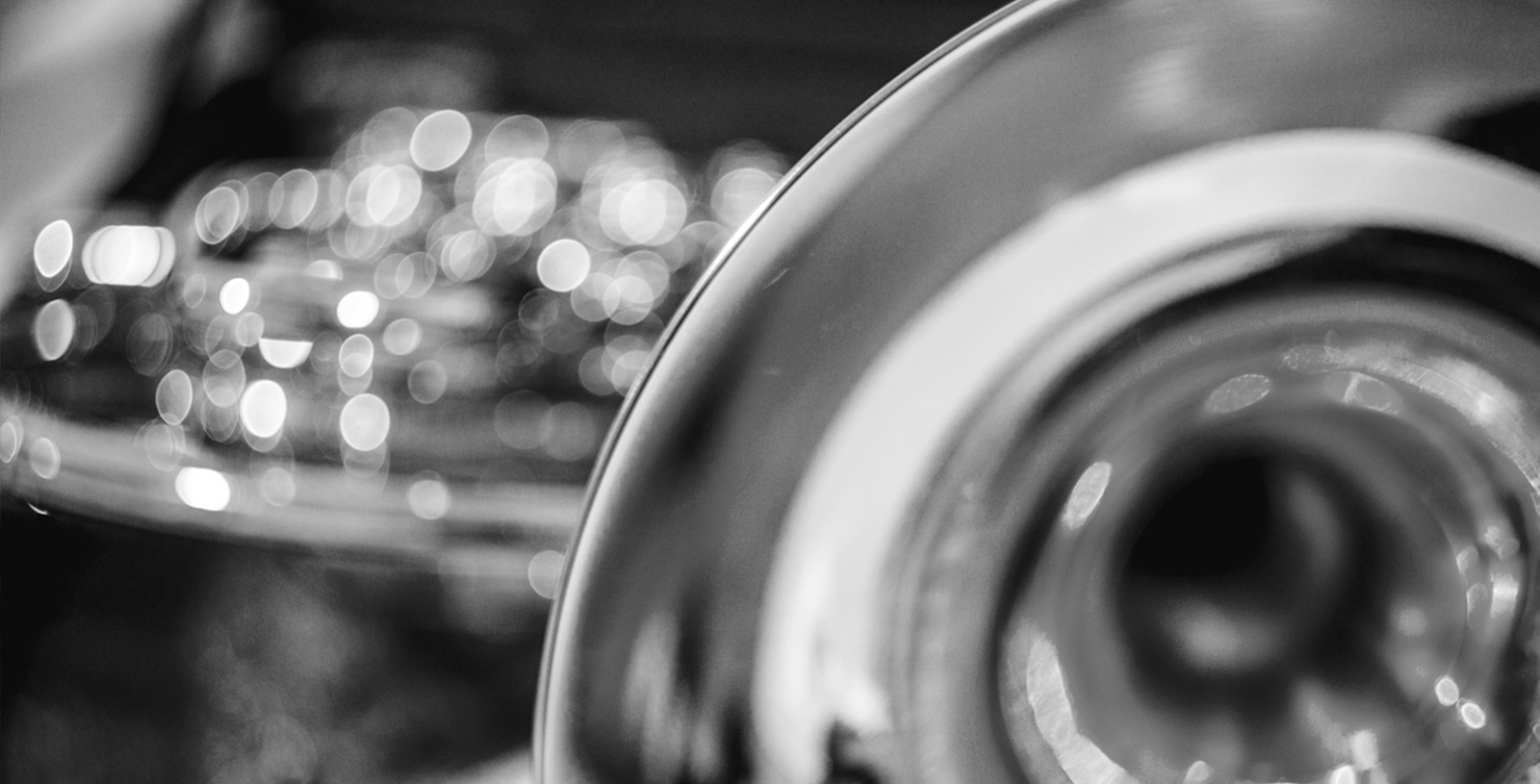 How many hours can brass players practice per day?

There is a simple answer to this question, followed by many factors that are complex. There is no maximum. In an interview with Sarah Willis, Michael Mulcahy related that at some point in his youth he was practicing eight hours a day. One can spend hours a day on a brass instrument provided that sufficient amounts of physical and mental rest are taken. Depending on what one chooses to work on, the amount of time spent may vary drastically each day or week.

How do you clean a brass instrument? Is it true you can give it a bath?

Yes, giving a trumpet a bath, even an acid bath, is common. Brass is susceptible to corrosion and build-up of dirt, so like any machine (and this machine is interfaced with human touch and breath) it requires maintenance and regular cleaning.

In an orchestral performance, you can often find the French horn players turning their horns upside-down. Why is that?

The build-up of condensation from blowing warm air into a tube collects in the lower parts of the bent tubing. The circular shape of the French horn sometimes requires turning it around for the collected moisture to be pulled down by gravity and exit through a spit valve.

How would you explain embouchure?

When you enter the French word ‘embouchure’ in Google translate you get ‘mouth’. It’s as simple, and as complex and mysterious as that. In the context of brass playing it is the form of the lips buzzing and the coordination of supporting muscle groups, the vowel and the tongue.

With seven slide positions on a trombone, a few valves on a trumpet and a few keys on a horn, is it your embouchure that enables you to change notes with the same hand position?

The valve mechanism of trumpet and horn uses lengthening of the tubing by each valve attached to a set length of tubing. In the three-valve system, pushing down the middle valve opens to a length representing a semitone. The first valve a whole tone and the third valve a tone and a half. This gives us combinations that achieve the same chromatic positions as the trombone slide. Like the trombone, each tube length can produce notes that belong to its harmonic series, enabling the player to produce note changes with air fluctuations and/or fingerings. 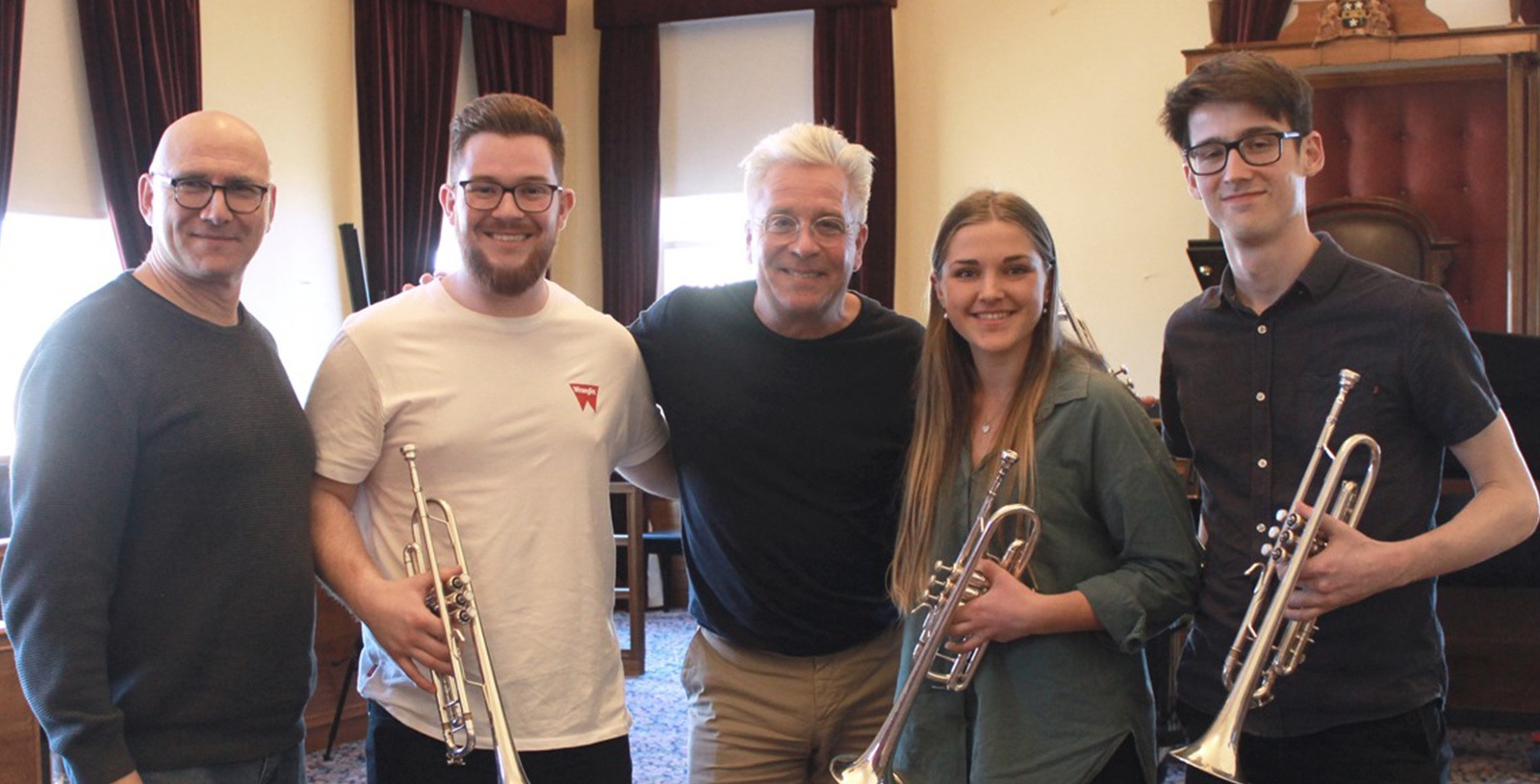 ANAM’s brass musicians are lucky enough to develop their skills alongside some of the best national and international brass artists who not only provide support but also a wealth of experience across varied performance platforms. Find out more about the brass musicians in our cohort.