It is not infrequent in arts philanthropy that a patron might support an organisation from arm’s-length: content to enjoy the outcomes, knowing their role in making it possible. Yet ANAM is unique in that the relationship between ANAMsyndicate donors and the musicians they support are most frequently long-lasting and multi-faceted.

In the case of Dr Rob Piaggio, his initial interest in supporting an ANAM musician in 2012 blossomed into an exceptional, mutually fulfilling relationship between donor, organisation and musicians, the consequences of which will stretch well into the next decade. For although Rob died in 2019, his family is determined that his generosity of spirit will live on.

Rob was a man of many parts: a radiologist by profession, he was also, in his brother Ken's words, passionate about “classical music, opera, ballet, travel, reading, and learning languages. He collected art and loved 17th century French provincial furniture. He adored his cats, Fred and Ginger. He also enjoyed cycling, inline roller skating and hiking.”

In fact, it was partly through his skating that he came to know about ANAM in the first place. Although, to tell the full story, his introduction to ANAM came through three of its most ardent supporters; Jan Grant, and Jenny and Igor Zambelli. As Igor recalls:

“One of Rob's many interests was the niche sport of inline speed skating, and I first met him when he joined the Melbourne Speed Club in 2003.” Once the Zambellis discovered that Rob loved classical music, they often talked with him about ANAM, conversations that intensified when Rob subsequently met Jan Grant (now Honorary ANAMsyndicate Convenor).

“I met Rob at a Melbourne Recital Centre dinner,” Jan remembers. “He was seated next to me and we of course talked ANAM. I invited him to a few events and he became very interested in the ANAMsyndicate program, knowing that Igor had already joined us.”

Within a few months Rob was supporting Madeleine Jevons (violin 2014) and over the next few years his involvement in the program deepened dramatically, as he invested in the ANAMsyndicates of Adam McMillan (piano 2017), Lily Higson-Spence (violin 2017), Liam Wooding (piano 2019), Kyla Matsuura-Miller (violin 2018), Molly Collier-O’Boyle (viola 2020) and Harry Ward (violin 2020). These musicians remember him for his genuine interest in their life and careers. Kyla remembers how surprised she was at the strength of their connection from their initial meeting,

“We were drawn together from our first coffee,” she says. “We bonded over so many things – music, art, movies… and cats! I didn’t quite know what to expect from my encounters with someone who was, in effect, helping finance my time at ANAM, but perhaps I thought they would be more transactional, and with Rob they never were – he was inquisitive, gentle, non-judgmental, and he became a kind of mentor to me. He had such a profound insight into living a life, and he really helped me round out my years at ANAM. His interest in my work, and my future, ran very deep.” 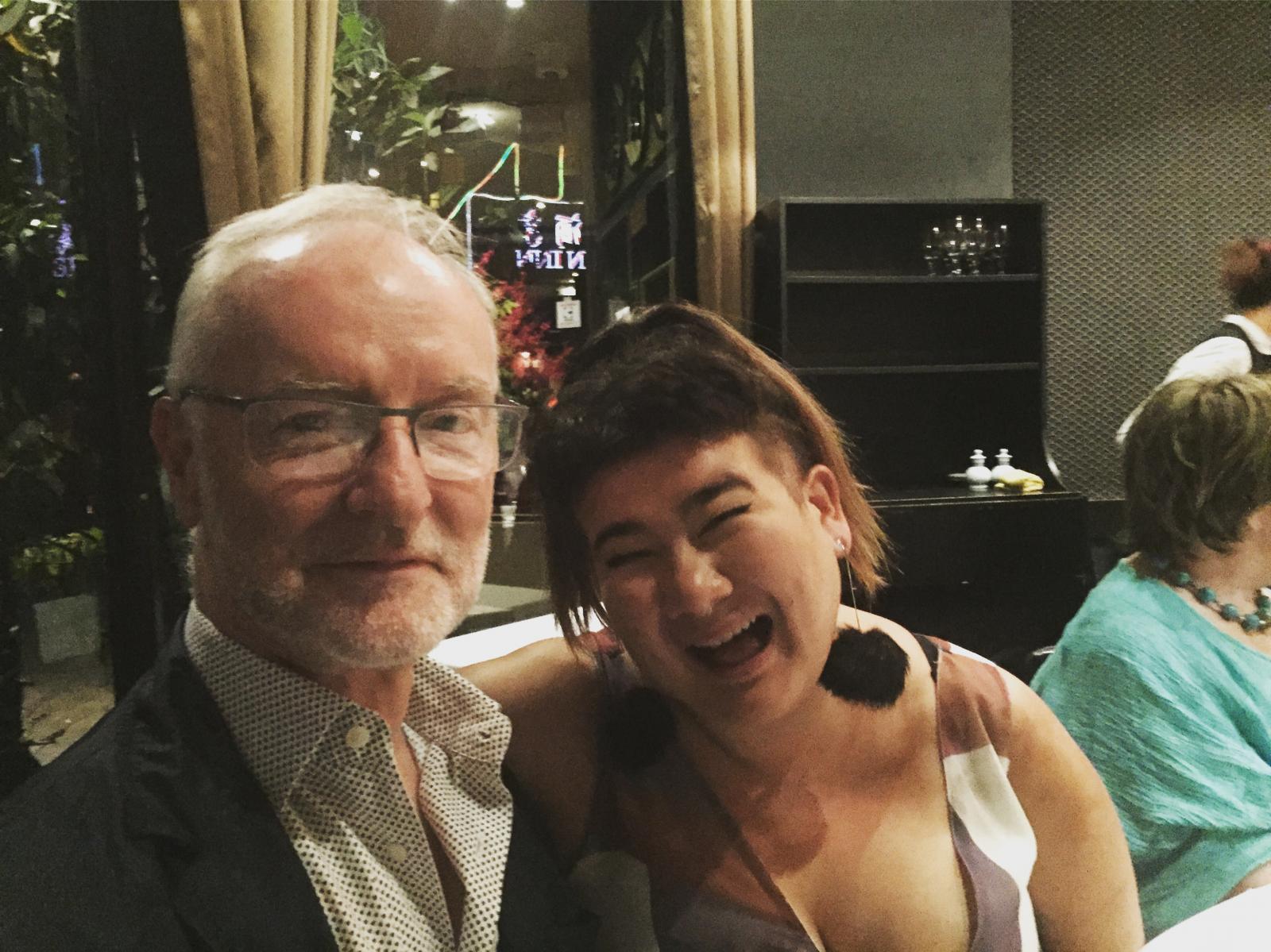 Jan Grant agrees that Rob's interest in the musicians he supported extended to their personal well-being as well as their musical success. “He was genuinely interested in his musicians; for example, he continued to follow Madeleine Jevons' career when she graduated, and was thrilled when she obtained a position with Melbourne Chamber Orchestra.”

It seems incredibly fitting then that Rob's family – led by his brother Ken – has honoured and furthered his contribution by making a significant gift to ANAM in Rob's name to support ANAM's Mental Health and Wellbeing program. As Ken says: “Rob loved that he could support and nurture terrific, talented, young musicians.  He had a lovely way of connecting with them and became very fond of each of them. His role in these relationships was very important to him.”

Right now, to get the program underway, a team from the University of Melbourne led by psychologist Dr Margaret Osborne, an expert in the mental and physical health needs of artists to achieve optimal performance and sustainable careers, are undertaking research for ANAM to establish best practice in providing the very best wellbeing support for uniquely gifted young people. The results of this work will inform the future shape and scope of the program ANAM will deliver.

ANAM Manager of People and Culture Charlotte Cassidy explains how the research will enhance the Health and Wellbeing offering at ANAM;

“It is increasingly likely that musicians, who are already amongst the most versatile artists, will be forced to become even more flexible and resilient in creating their ‘portfolio careers’ post-pandemic. While a rich vein of seminars, self-guided resources and access to professional services are core to ANAM’s offering, with this (incredibly timely) gift from the Piaggio family we are able to take a step further and engage with the most contemporary international research about wellbeing in high-performance environments. Our goal is to deepen our offering for ANAM musicians, as well as the Faculty and Staff who work alongside them: their ability to take care of themselves and their peers, to prioritise and practice self-care, to access resources, and to recognise and manage a mental health crisis is key to building and sustaining a happy, successful life in music.

“This gift has given us the scope to ensure that ANAM’s program is world leading.  As informed and highly specialised as our artistic offering.”

Once benchmarking is complete, ANAM plans to make the research available to its fellow elite Arts8 organisations, with whom they regularly collaborate and share resources specific to training and nurturing very talented young people.

As Charlotte says: “None of this would be possible for ANAM without the support we’ve received from Rob's family and, given the kind of person he was, it's deeply moving for us all to work with the Piaggios in this way, to honour and continue Rob’s connection with ANAM and its musicians.”

Ken Piaggio believes that the gift, which will make the Mental Health and Wellbeing program possible, would have resonated with Rob. “He would want people to look out for each other, to act when that was necessary, ensuring they and other people had the assistance they needed when they need it. Young musicians doing well, being proud of themselves, being recognised, with more people experiencing their wonderful music… these things were sources of joy for Rob. He would have been pleased about the gift in his name, since a young musician’s wellbeing, and the support they get, are crucial to them achieving their goals and dreams.”

Jan Grant concurs: “He would be so pleased to know about this gift, as the health and wellbeing of the musicians he supported were very important to him. What a quiet, reflective, understated and generous man he was. I miss him so very much.”