Alexander Scriabin (1872–1915) published 10 piano sonatas throughout his short life. They trace the early romantic stirrings of a youthful composer through to the philosophical musings of a creator that dreamt of an all-embracing form of art that would lead humanity to freedom.

My first encounter of Scriabin was through the expansive and fiery performances of one of his great advocates Vladimir Horowitz, in particular his recorded 1967 Carnegie Hall Recital which featured the Scriabin Etude in D minor. Upon further investigation I found an entire world of music that was alluring, complex, extreme, enigmatic and so convincing all at once. Simply intoxicating. 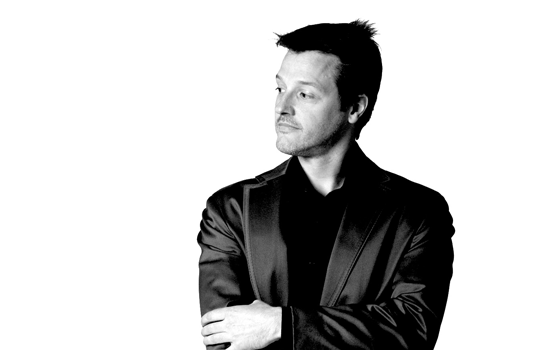 He wrote almost exclusively for the piano and it is no surprise he was called the ‘Russian Chopin.’ His early musical forms include mazurkas, waltzes, nocturnes, preludes, impromptus, études and a relatively unknown early Sonata, Opus 0. I performed this unpublished work for a recital at the Italian Centre for Scriabin Studies in Bogliasco, Italy, where Scriabin lived for a year while writing his late work, The Poem of Ecstasy. Pianistically he is already formidable, influenced undoubtedly by Chopin and Liszt, the harmonic language of Tchaikovsky and Korsakov, but with a uniqueness in the approach to rhythm that was already dissolving any sense of being grounded on this earth.

The development of his compositional style is exceptional. The early Sonatas explore exotic keys but formal structures. By the fourth we are at cross-roads with a harmonic nod to Wagner and dissolution of the Sonata form into a single unified structure. He places an ‘attacca’ into the second movement, marked ‘Prestissimo, volando’. Volare means to fly... and apparently, he really thought he could. They do say that genius and madness are very close!

His fifth Sonata, which incidentally Richter described as being one of the most difficult works in the solo piano repertoire, is prefaced with a poem he wrote:

I call you to life, mysterious forces!
Drowned in the obscure depths
Of the creative spirit, timid
Embryos of life, to you I bring daring!

Performance instructions in these later sonatas include: mysterious breath; with deep, veiled ardour; with a gentleness more and more caressing and poisoned; with painful voluptuousness; unfurling mysterious powers; horror arises and mingles with the delirious dance…

Scriabin’s harmony becomes impossible to explain with traditional tonal laws... not that this has stopped many scholars from trying! The most convincing approach I have personally encountered has little to do with traditional methods of analysis and the author calls this ‘nuclear-polarity’, whereby the combination of astrology, geometry, maths and acoustical considerations lead us to the conclusion that the centre of gravity or tonal centre is inaudible. Something like a blackhole that draws matter into it, but cannot be seen. Fascinating to say the least and something I look forward to exploring with ANAM pianists. Regardless, the language is unique, powerful and utterly convincing.

From his notes taken from lectures at the Fourth Philosophical Congress in Geneva in 1904, Scriabin focused on, among others, Nietzsche’s Zarathustra. Nietzsche here famously says, “Well! Take heart! ye higher men! Now only travaileth the mountain of the human future. God hath died: now do we desire – the Superman to live.”

Scriabin’s own poetry reads conspicuously with Nietzsche’s concept of the Superhuman, challenging humanity to take responsibility for creating its own values, symbolic of humanity’s potential to become a better version of itself:

His newfound objective was to show how mankind can will itself to become God, and that the experience of God is attained through spiritual ecstasy. This would be achieved through his art.

I look forward to welcoming you all to experience these extraordinary works of art.