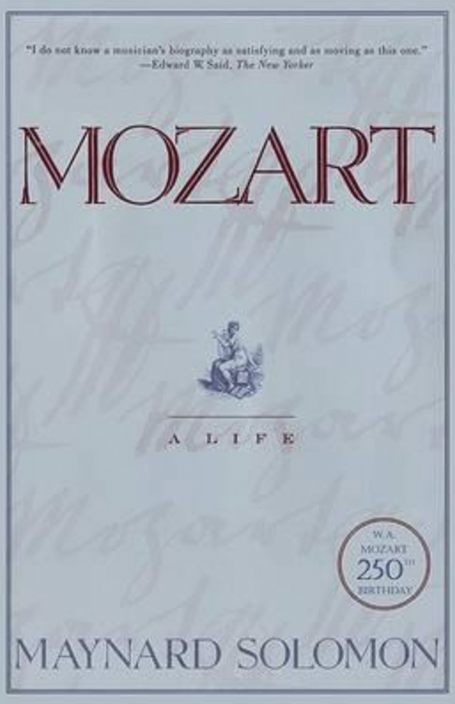 Peter Shaffer has a lot to answer for. He is, you may recall, the author of Amadeus, the 1979 hit play (and later hit movie) which purported to give us the ‘real’ Mozart: a potty-mouthed, chaotic, irresponsible idiot savant, totally unworthy of the gift bestowed on him by the Almighty. Never was there such an effective hatchet job on such an important figure. Stanley Sadie, along with numerous other Mozart scholars, who had just about cleaned away a century’s accumulated myths and garbage surrounding the great composer, must have wept to see years of patient work suddenly undone as the public’s imagination was yet again steered away from fact to libellous fiction. Bad history has often made good drama (pace, Shakespeare), but this was bad history as entirely implausible drama. And people lapped it up.

Like most educated people, I knew, of course, there was a large degree of poetic license at play, but I didn’t realise to what extent, nor how much more interesting the real story was. Enter Maynard Solomon, a record producer turned music researcher and biographer, and author of a ground breaking biography of Beethoven published in 1977. In the 1990s he turned his attention and formidable skillset to Mozart, and the result was his magnificent Mozart: a Life, published in 1995. I must confess to not having read this work – an omission no music librarian ought to be proud of – until it was recommended to me by Paavali Jumppanen. He was right: it is a must-read for anyone interested in this composer.

Solomon’s first task is to put forward the well-known myths that began surrounding Mozart soon after his death, and set out how he plans to demolish them. He is like a barrister for the defence, outlining the charges in detail and then telling the jury how he will exonerate the accused from all erroneous claims. Solomon labels the first myth he tackles The Myth of the Eternal Child, which is the notion that this gifted child genius somehow never grew up, was never capable of managing his own affairs and never reached full emotional or intellectual maturity. Rubbish. And yet it was a myth generated and promoted by Mozart’s own family, specifically his father, Leopold, who raked in a fortune touring his gifted son around Europe. After Leopold’s death the myth was perpetuated by Mozart’s sister Marianne, who took Papa’s side against her brother her whole life.

And this is where Solomon’s study is especially compelling, as he elucidates with scrupulous documentation the symbiotic and ultimately toxic relationship between Leopold Mozart and both his children. Although Leopold was a highly regarded violinist and adequate composer, he soon became aware that his ambitions needed to hitch a ride on the even more impressive talents of his son. Thus it was that Leopold took his children, and eventually just his son, from European court to European court, raking in the florins, cutting on the expenses, and all the while angling for dual posts for both son and father. It was during these extensive and sometimes gruelling tours that the unhealthy symbiosis between father and child was cemented, with Leopold running the show and young Wolfgang obediently doing exactly as he was bid. The tours made money – lots, by Solomon’s forensic reckoning – but Leopold’s hopes of a dual post whereby he could improve his own status and also maintain control of his golden-goose-child remained unfulfilled. By the time Wolfgang had reached his late teens, the father and son duo had no alternative but to return somewhat cap in hand to provincial Salzburg, stuck in humdrum posts where the salaries were minimal and opportunities even more so. Composing for the theatre was the thing Wolfgang most craved, and the one thing Salzburg didn’t offer. When he abruptly left the service of the Archbishop Colloredo in 1781 (surely the best- known declaration of independence in musical history) he was not so much throwing off the shackles of a restrictive post as escaping the clutches of a controlling, suffocating parent. Risking Papa’s wrath, Mozart moved to Vienna.

Mozart’s first years in Vienna allow Solomon to dismantle another Mozart-myth: the myth of the irresponsible spendthrift, able to survive hand-to-mouth purely on the basis of his genius. Instead we are stunned by Mozart’s work ethic, his industry, his optimism, and his ability to manage and organise his affairs. Is there no permanent post to be had right now? Very well, he will roll up his sleeves and create his own opportunities; and to read of his activities as a composer, pianist, teacher and entrepreneur is to marvel at his capacity for hard work, smart time management and pure courage. Mozart, let us remember, had no agent to organize everything for him, and yet he swiftly found his feet as Vienna’s most imaginative concertiser. The most beautiful series of piano concertos yet created owes its existence to Mozart’s hard-headed industry and pragmatism.

Back in Salzburg, Leopold could not forgive his son’s ‘betrayal’, and it is sad to realise the full toxicity of the father-son relationship, which never recovered from the death blow of Mozart’s bid for freedom. It is even sadder to learn that Mozart’s sister Marianne, once so close to him, continued to side with Leopold. After Leopold’s death, the bulk of his fortune – a fortune he had cannily accumulated from Mozart’s child performances – went to Marianne. Mozart even had to beg Marianne for the return of his own scores, which she considered the family’s, and not Mozart’s, property. She never met Mozart’s wife, Constanze, or their children. Mozart’s quitting of Salzburg and his subsequent marriage, both in defiance of Leopold’s wishes, were a betrayal of the family code which Marianne could never forgive.

(As a side note, it is sad to observe that the showbiz world has not improved over the last two hundred years with regard to exploitative parents and their star progeny. Exhibit A: Jamie and Britney Spears.)

There is much more that is fascinating in Solomon’s biography, including a chapter detailing  Mozart’s beliefs and his association with the Freemasons. Mozart emerges as so much more than just a composer, a well-rounded man of searching intellect and wide-ranging interests. Above all, one can see Mozart as a man who was gifted, yes, but who worked tirelessly and intelligently to master his craft. All that heavenly music didn’t come direct from God (as Peter Shaffer’s equally idiotic Salieri would have us believe), but from the humbler foundation of copious study and hard slog. The real Mozart is one hundred per cent more amazing – and more likeable – than any myth. Someone should write a play.

Mozart: A Life by Maynard Solomon is still in print and published by Harper Collins.