ANAM Alumni and what they miss most about Melbourne

With Melbourne still closed to other states and the rest of the world, a lot of Australians are surely missing their morning flat whites from their local cafes, cheering for their favourite footy team and other cool things the city has to offer. We got in touch with recent ANAM alumni based interstate and overseas to tell us about what they miss most about their time here in Melbourne and their fondest memories as ANAM musicians.

Some of my favourite places to eat include the Waiters Restaurant off Bourke St, Moroccan Soup Bar in Fitzroy, and Long Grain in China Town (if it was a special event). I miss the clothes shops on Brunswick and Gertrude Street in Fitzroy especially Alpha 60 which was amazing for interesting concert blacks. Some other favourite spots include the Sourdough shop at the South Melbourne Markets, the trio of salads option from Giddiup and the Mandarin and Yuzu sorbet from Bibelot between rehearsals on a hot day.
-Thea Rossen, (percussion, 2016) currently based in Perth, Western Australia 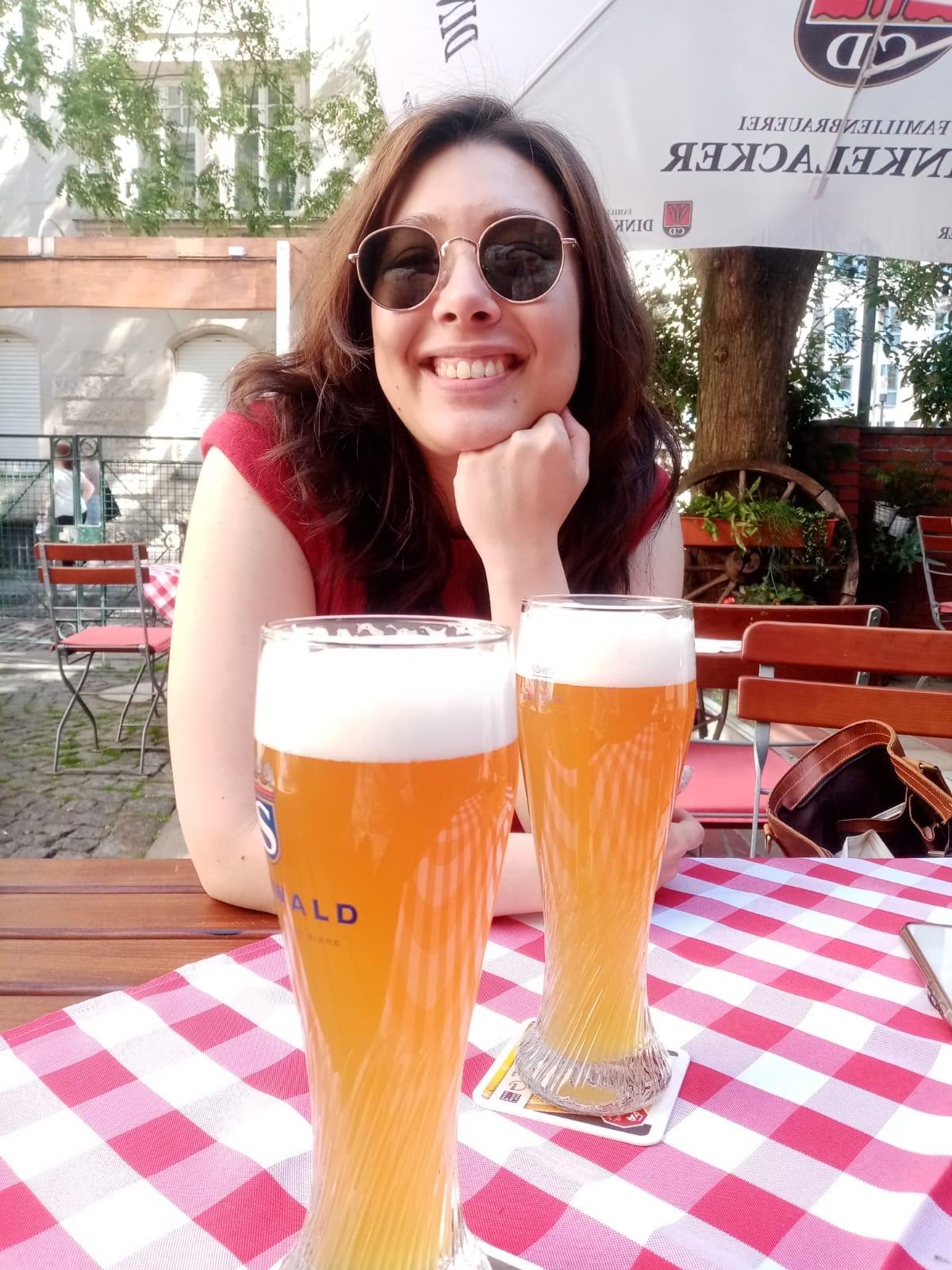 It’s funny to look back and remember that the last time I walked out of ANAM (when it was at the South Melbourne Town Hall) was just before the first Melbourne lockdown. I graduated “online” in September 2020, and made the move to Germany a month after.

Melbourne and the ANAM community are where I really feel I grew up - both as a musician, and as a human being. Definitely some of my favourite things to do between rehearsals/practise were regular coffee breaks at Wynyard, wandering through the South Melb Markets, chatting with friends in the Atrium whilst inhaling a Bahn Mi, and of course grabbing a post-concert Pint and Parmie!
-Sine Winther (piano, 2020) currently based in Stuttgart, Germany

My favourite memories of my time at ANAM were the hallway conversations at the South Melbourne Town Hall, or grabbing a beer at one of the local pubs or dinner at Red Petite (aka the best Thai in Melbourne)
-Sean Burke (tuba, 2020) currently based in Brisbane, QLD 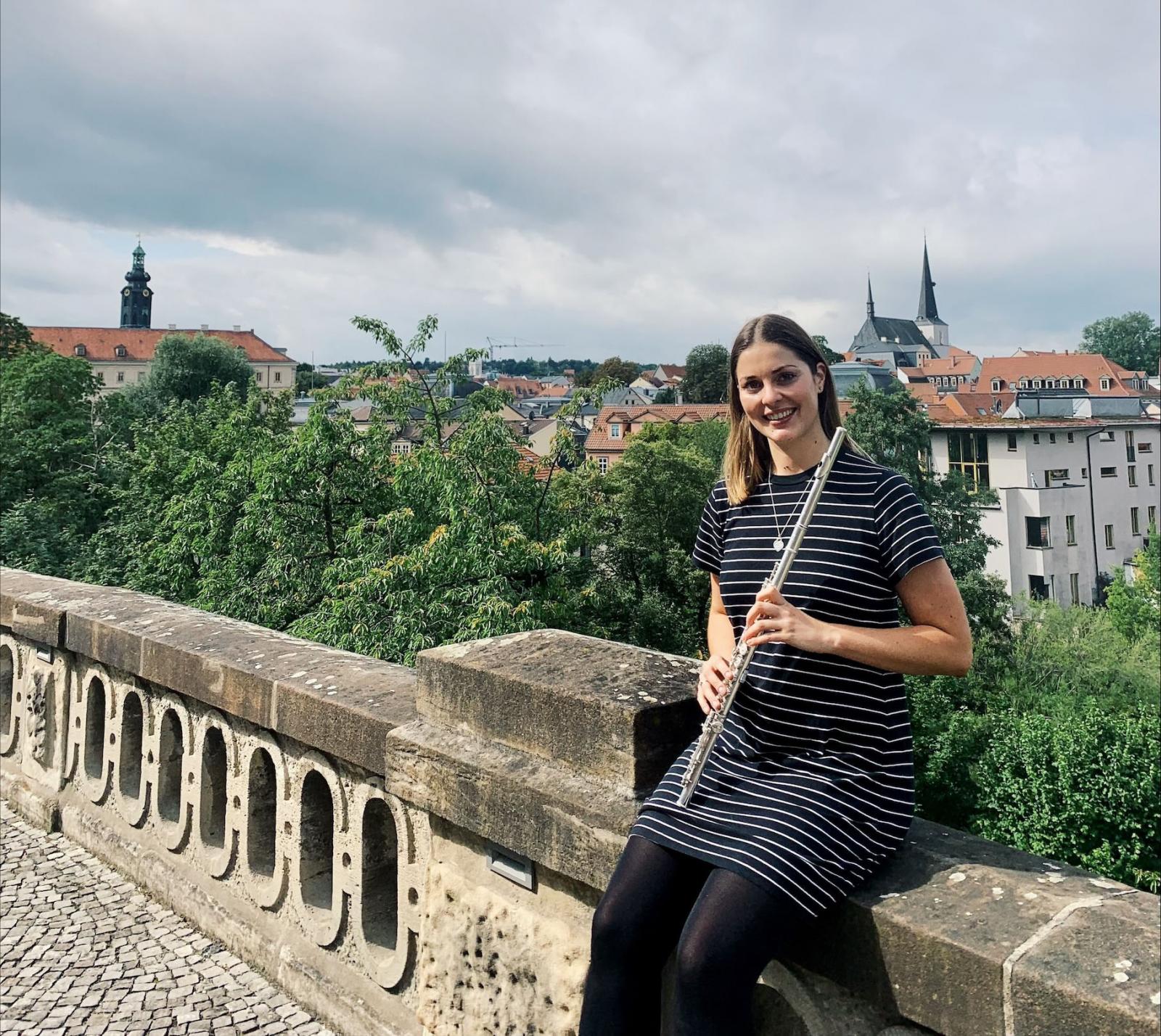 There was always something special about commuting through Albert Park each morning, flute in my bike basket, music in my bag on my way to ANAM. My first stop was always at Zappa for a shot of caffeine and a chat with “coffee Dave”. These small rituals and local hangouts became special memories that marked my time as a “Melbournite”. Whether it was popping down to the South Melbourne Market on a Sunday afternoon after a long practice day to snap up the cheap flowers, or sneaking a visit to the Sacred Heart Op Shop in a practice break, catching Happy Hour at the Golden Gate Hotel after Wind Class, stuffing mulberries into a tupperware container when the tree around the corner was blooming, or of course a post-concert party at Fishers. These small rituals were what grew such a strong sense of community at ANAM. I’ve now found new local haunts where I live in Germany but I will always have fond memories of the eclectic and tight-knit community at ANAM and in South Melbourne.
-Cassie Slater (flute, 2019) currently based on Weimar, Germany

There is so much I miss about my ANAM days. I think, especially in Covid times, the aspect I miss most is performing and having the opportunity to connect with people and practise being ourselves on stage on an almost weekly basis. I miss the really unique camaraderie that becomes built into a small environment of musicians all trying their best and I remember ANAM to be a space where I felt both safe and really pushed at the same time. The South Melbourne Town Hall is also such a beautiful building and a place that holds so many memories for me even from my childhood and I’m so happy to have been able to study there. As a Melbournian now living overseas, the quirks and nooks of Clarendon Street also hold a special place in my heart and friends who were at ANAM at the same time as me would have no trouble recalling frequenting Red Petite, Bamboo Chopstix, Bibelot or Golden Gate - all places that served their own special purpose!
-Mana Ohashi (violin, 2018), currently based in Munich, Germany 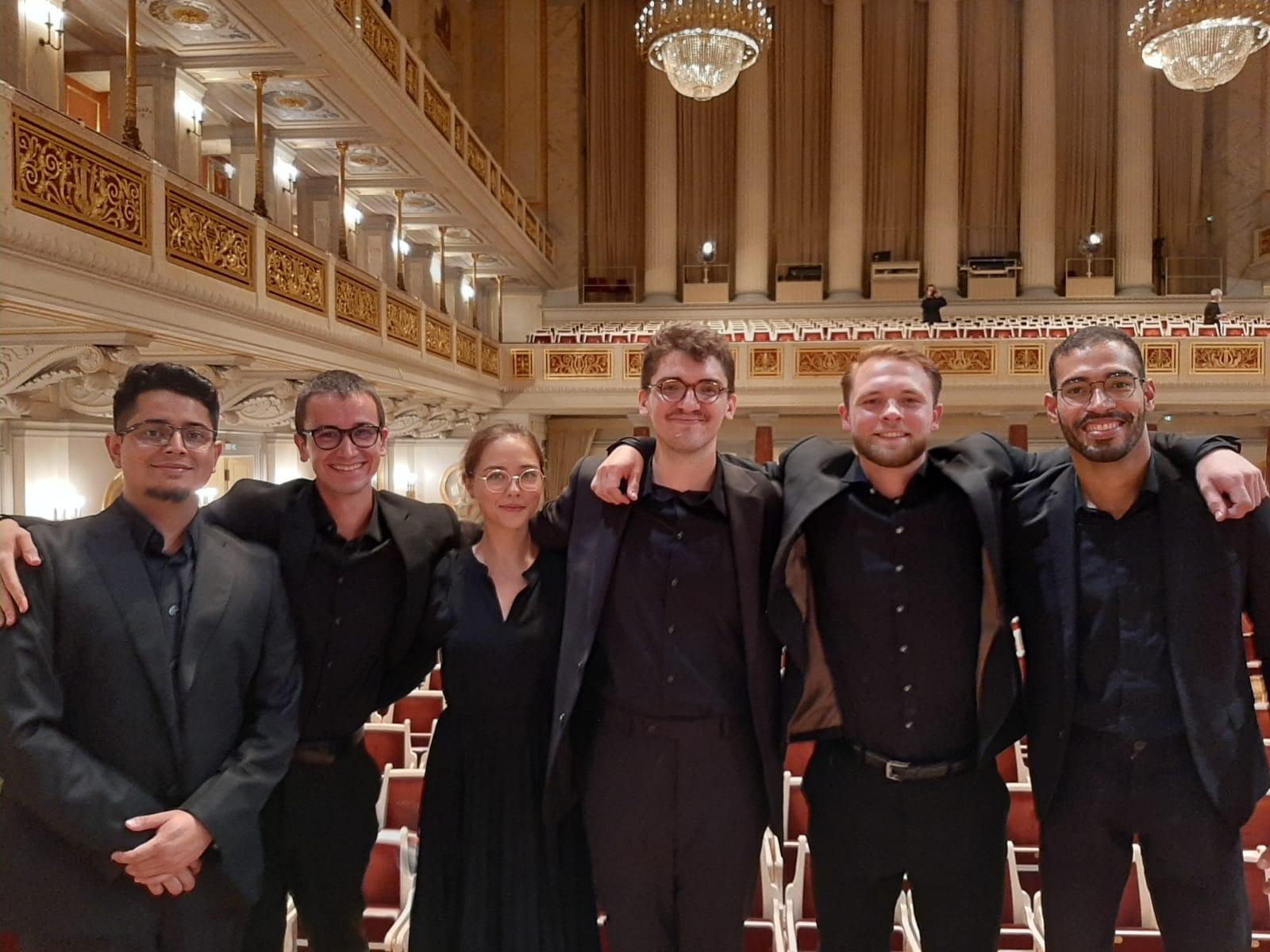 Greetings from Germany! At the moment I’m playing in the Schleswig-Holstein Festival Orchestra - we are almost at the end of an exhausting but very rewarding seven-week program. The photo is of our bass section at the Konzerthaus Berlin, just after a concert for the Young Euro Classic Festival.

It has been a bittersweet experience in many ways. A perfect antidote to a long winter lockdown in Austria, but also a sharp reminder of everything I have missed about ANAM and Melbourne in general. The motto of Schleswig-Holstein is to “make music as friends”, which is all I ever did at ANAM. I dearly miss making music with you all and I could not have asked for a better community to do so with; talented and motivated students, dedicated staff and our attentive audiences. Not to mention, instant coffee is made in a giant bucket here for the whole orchestra and so I can’t help but long for a flat white and $6 burek from the South Melbourne Market.

I cannot wait to visit everyone in Melbourne when the borders reopen. Please look after yourselves and one another, and hopefully we’ll see each other soon!
-Caroline Renn (double bass, 2020), currently based in Linz, Austria 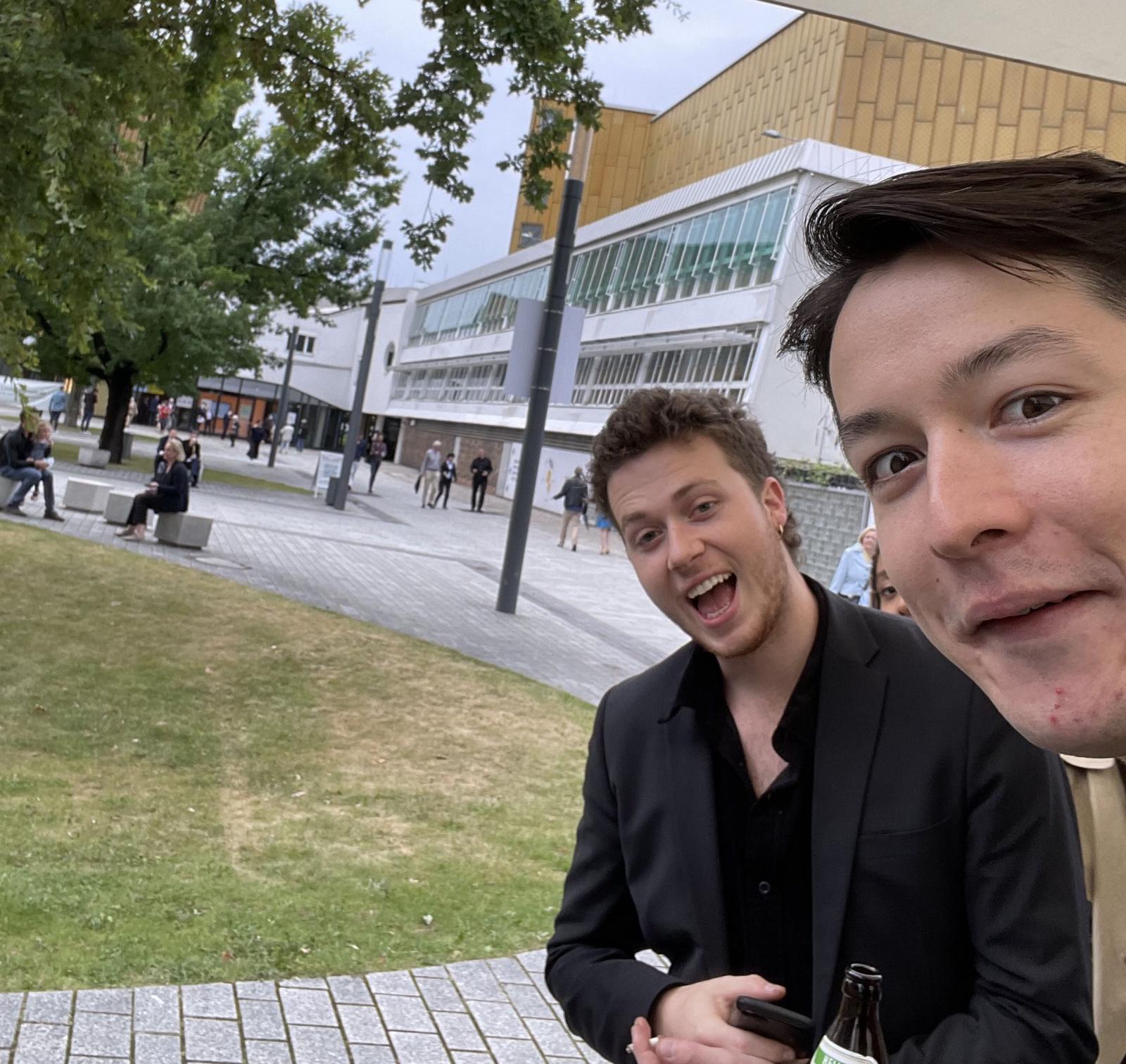 I am one of those that experienced ANAM before Covid. This all waited until I was in the middle of my Berlin Phil Academy time. I have spent a great deal of my time in this Academy playing to empty halls and wondering who the hell is going to watch this online. I have also spent a lot of time trying to motivate myself to prepare for auditions etc. all the while seeing my friends in Australia to-ing and fro-ing between utopia and lockdown-apocalypse. I honestly don’t know at this point if my friends in Australia will still read these words. Perhaps the inter-web has gone down by the time this is published!

Anyhow, I miss many things about Melbourne and ANAM. I miss the spirit of “let’s all give it everything we got” which the faculty (and visiting faculty too) always led by example. I miss many of my awesome mates in Australia whom I met only thanks to ANAM, an institution which can quite rightly take a lot of the credit for the cool stuff their alumni have gone on to do. I could go on and mention the great food and hipster beer and coffee which I also sorely miss, but I’d rather take this opportunity to once again thank the people from the ANAM family who helped me go on to do stuff I once could only dream of doing. If I have any advice perhaps for the guys starting at ANAM now, I would say to them to keep their sense of humour, talk to the amazing faculty there, and let them help you. You can’t really go wrong there. Luckily for me though, I just picked Harry Ward up from the airport, so I should be golden for a wee while yet!
-Alexander Arai-Swale (double bass, 2017), currently based in Berlin, Germany 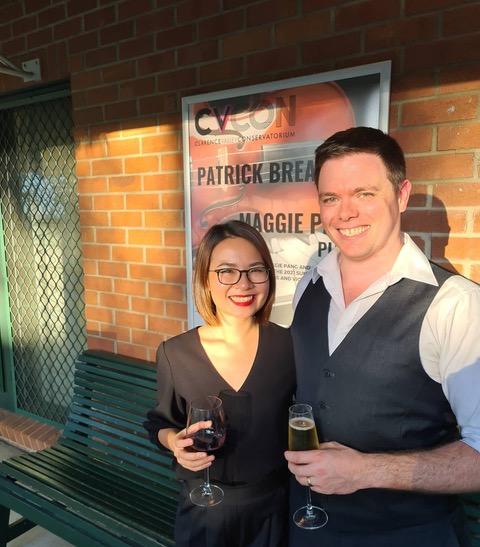 After moving to Coffs Harbour earlier this year, there have been moments of nostalgia for my time at ANAM. What I deeply appreciated was the camaraderie between the musicians, teachers, staff and audience members.

As a musician of an innately lonesome instrument, ANAM gave me the unique experience of developing connections with members from different sectors of the music community. Many of these friendships were forged in projects with unusual instrumentation, post-performance gatherings at the Pub, house parties in Brunswick and champagne heavy Syndicate soirees.

Another thing I dearly miss are the markets of Melbourne. Whether it be the South Melbourne, Queen Victoria or Footscray markets, they were my stomping grounds for gathering the freshest produce for my culinary experiments or treating myself to fine artisanal breads, coffee and chocolate after a chaotic period at ANAM.

I do wish the current ANAM cohort all the very best in staying strong and remaining positive during this exhausting lockdown. There are so many culinary establishments waiting to be explored post lockdown and nothing is more motivating than a fresh cup of coffee and flaky croissant in the sun.
-Maggie Pang (piano, 2020), currently based in Coffs Harbour, NSW 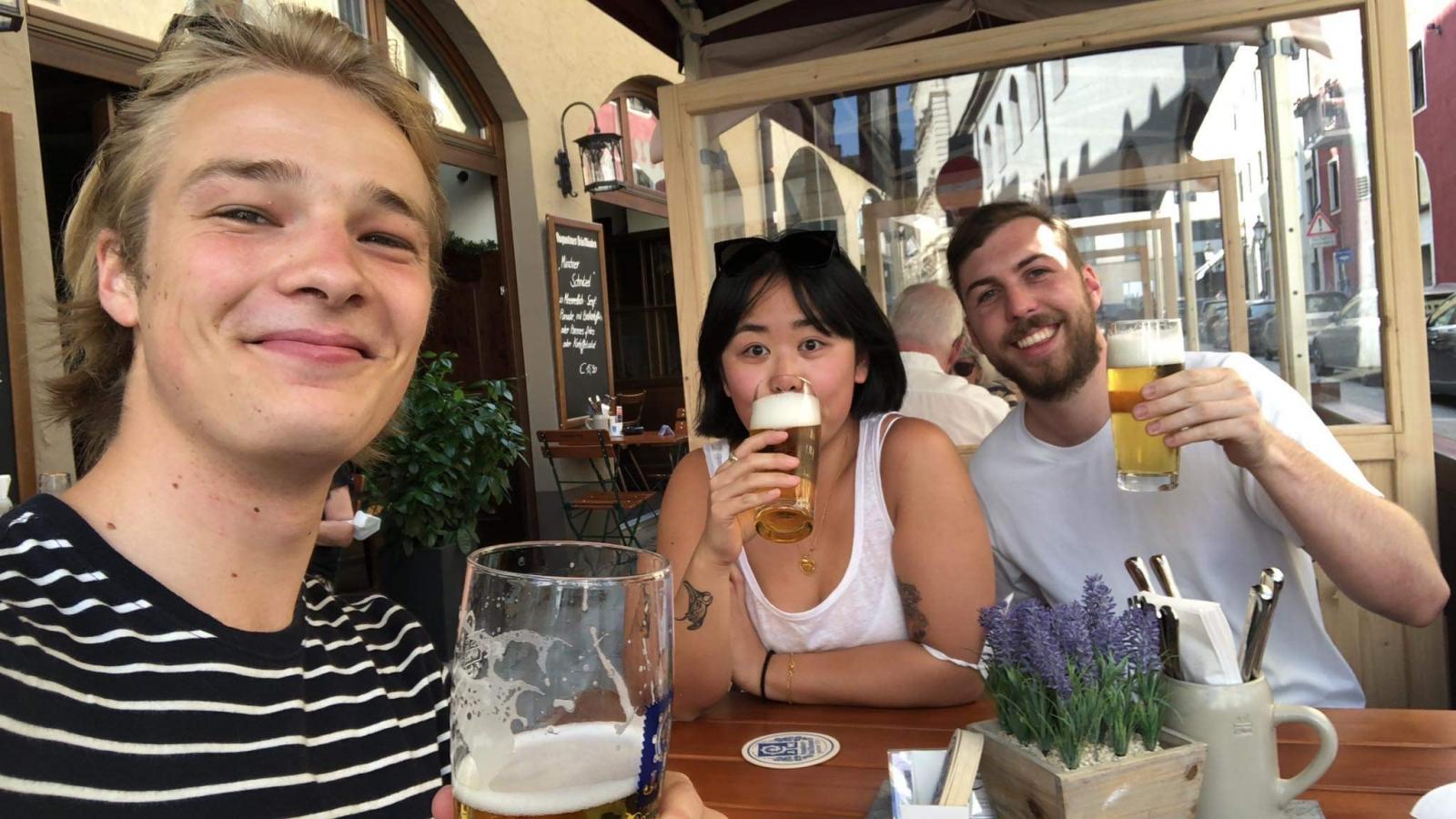 What I miss most about Melbourne (and of course, about ANAM) is sitting outside in one of the many cafes that South Melbourne is famous for. That the Academy was situated in such a vibrant and chic area of the city was definitely a highlight for me. Especially in these difficult times, a simple coffee with friends continues to be a reminder of fond memories. I am currently studying in Cologne, and, for all its amazing culture and so forth, it still doesn’t come close to rivalling the culinary scene in Melbourne!
-David Barlow (double bass, 2018), currently based in Cologne, Germany