When I first met Margot one September morning in a family friend's sunlit lounge room, I couldn't have anticipated the journeys on which we'd later venture. 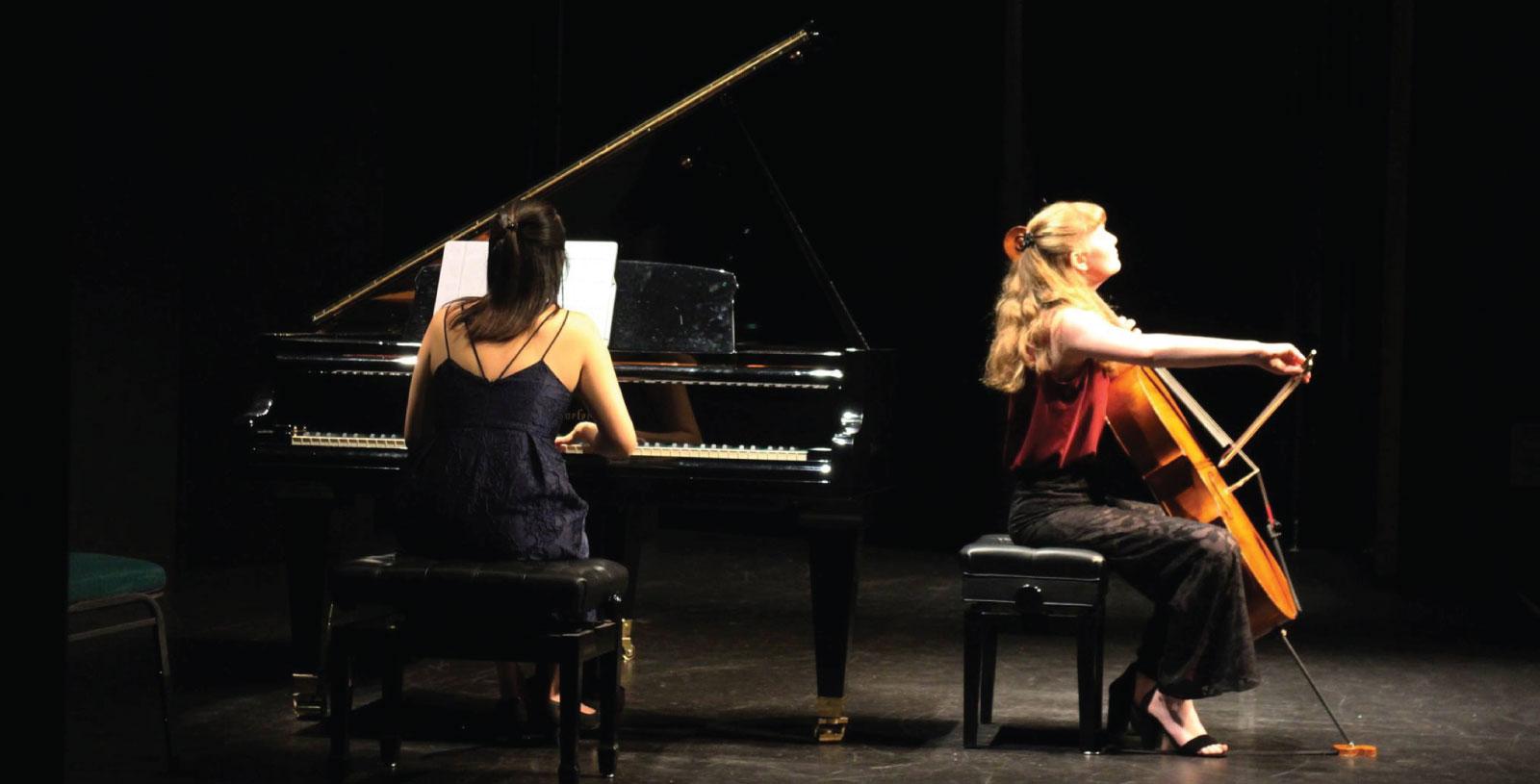 Performing with Margot at the 2018 Gisborne International Music Competition in New Zealand.

Crafted by luthier Harry Vatiliotis in 1983, I was stunned by the depth and richness of Margot's sound – and she soon became my first full size cello. That was nearly four years ago. When opportunities for overseas engagements arose, I rented cellos all over the world – the thought of her being damaged or lost in the haste and confusion of commercial air travel terrified me – but after a while, Margot became so inextricably linked to my musical identity that I couldn't imagine my sound without her, and together we had adventures across the globe, from the Swiss Alps to the Pacific Ocean, and all around Australia. My fear of loss or damage to Margot on airplanes was eventually realised late last year; while I boarded a flight from Auckland to Melbourne after returning from the Gisborne International Music Competition in New Zealand, Margot apparently didn't, and I had no choice but to borrow a friend's cello for a solo performance at Hamer Hall the following night. When the airline returned her to me the morning after the concert, I was shocked by how much her absence had rattled me, realising that I had started taking her presence as my musical colour palette for granted. To me, she felt like home, and together we embarked on a new adventure at ANAM in February. 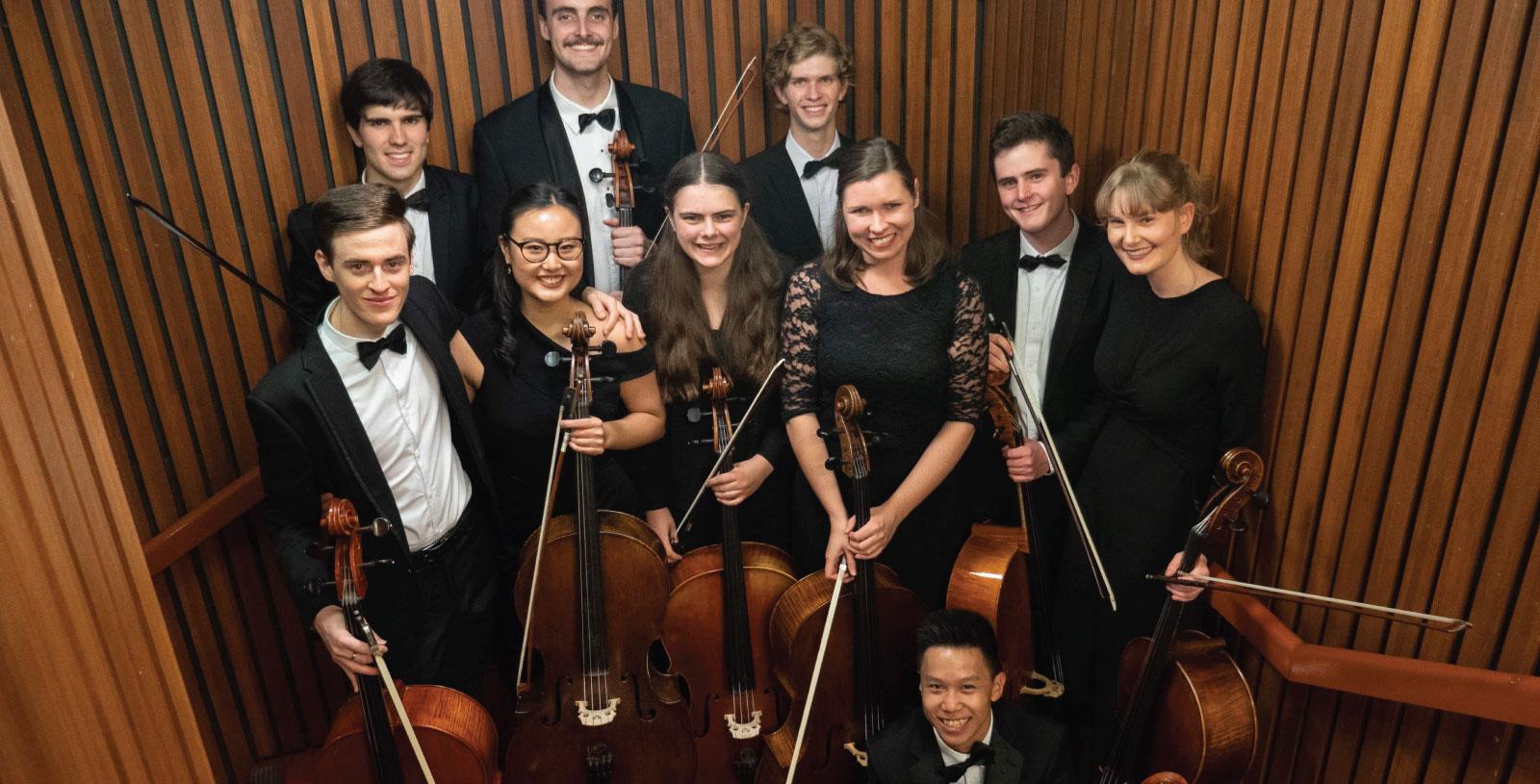 With Sienna (far right), surrounded by the beautiful celli of the 2019 AYO International Tour, after our homecoming concert at the Sydney Opera House.

Meeting Sienna in one of my lessons in early April was enlightening. As much as I adored Margot, and as much as she felt like home to me, I started to understand that I had been trying to draw sounds from Margot that she could not produce. Upon first playing Sienna (crafted by Chinese luthier Yanbing Chen for ANAM in 2017), I felt a sensation some people must feel when they test-drive a Ferrari; an intoxicating mix of enormous power, electrifying volume and enchanting possibility. It was immediately apparent to me that unleashing Sienna's robust and roaring power near the bridge after Margot's limitations near the bridge in stronger passages felt like removing a metaphorical handbrake I had not realised was engaged. But what impressed me most profoundly was how this sensation also extended to calmer moments near the fingerboard at the other end of the dynamic spectrum, where Sienna's lingering resonances found their place somewhere between the shadows of sound and silence. Around the corners and edges of such a fragile soundscape, where I once ventured carefully in fear of the woollen or muffled disturbances Margot would often create, Sienna's crystal stillness stood unwavering. Sienna and I have recently returned from a month on tour with the Australian Youth Orchestra in Europe and China, and over the course of the month I felt that I had truly explored how both her intense and tranquil sound colours could fit within the blend of the cello section, the string section, and the orchestra. 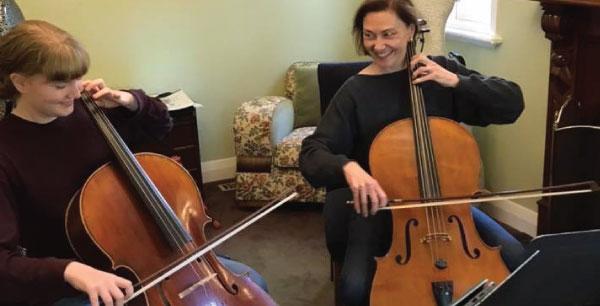 Our instruments are our storytelling voices, and our only tools to communicate our musical visions. Over brunch a few weeks ago, a friend arrived at the realisation that “when your instrument has the capacity to realise your imagination, you are suitably empowered to do great things,” a revelation of such poignancy and resonance that we stopped, mid-bite and mid-sip, to scramble for pen and paper on which to capture it. To play an instrument well beyond your artistic capability seems wasteful, and to play one beneath it dissatisfying; but to be fortunate enough to be able to play an instrument with a colour palette vast enough to paint all the soundscapes you've imagined is nothing short of magic.

The attachment between musician and instrument is part of what makes instrument shopping such a monumental endeavour. Margot now belongs to my mother, an amateur cellist, so she is never far away if I long for the mellow warmth she brought to my playing. After the next two years with Sienna, instrument shopping is on the horizon, and while I may be sad that my time with her will have come to an end, I can't wait to see where my imagination will find its next voice.

– Charlotte Miles is also one of the four 2019 Victorian Young Performer of the Year finalists.

From the moment sixteen-year-old Charlotte Miles placed a violin between her knees at age four, she signalled unambiguously that the cello was her vehicle of choice for communicating with the world. Mentored by Principal Cellist of the Melbourne Symphony Orchestra, David Berlin, she progressed through a series of fractional sized cellos while her technique and fingers grew. When Charlotte met ‘Margot’ (crafted by Sydney luthier Harry Vatiliotis, 1983) her musical intentions finally found their voice.

In recent years, Charlotte (and Margot) have been invited to share the glorious cello repertoire with local and international audiences: in solo recitals, at cello festivals, and in concerto performances with orchestras. They have travelled widely for masterclasses, competitions, and ensemble tours to Los Angeles, New York, Paris, London, Zurich, and throughout Germany, Australia and New Zealand, learning to speak the international language of music with as many accents as possible.

Awarded over 100 competition prizes, Charlotte has performed at Carnegie Hall in New York, and Opera Bastille in Paris in prize-winner concerts for international competitions. She has won several concerto competitions, and was a major prize winner at the 2018 Gisborne (NZ) International Music Competition.