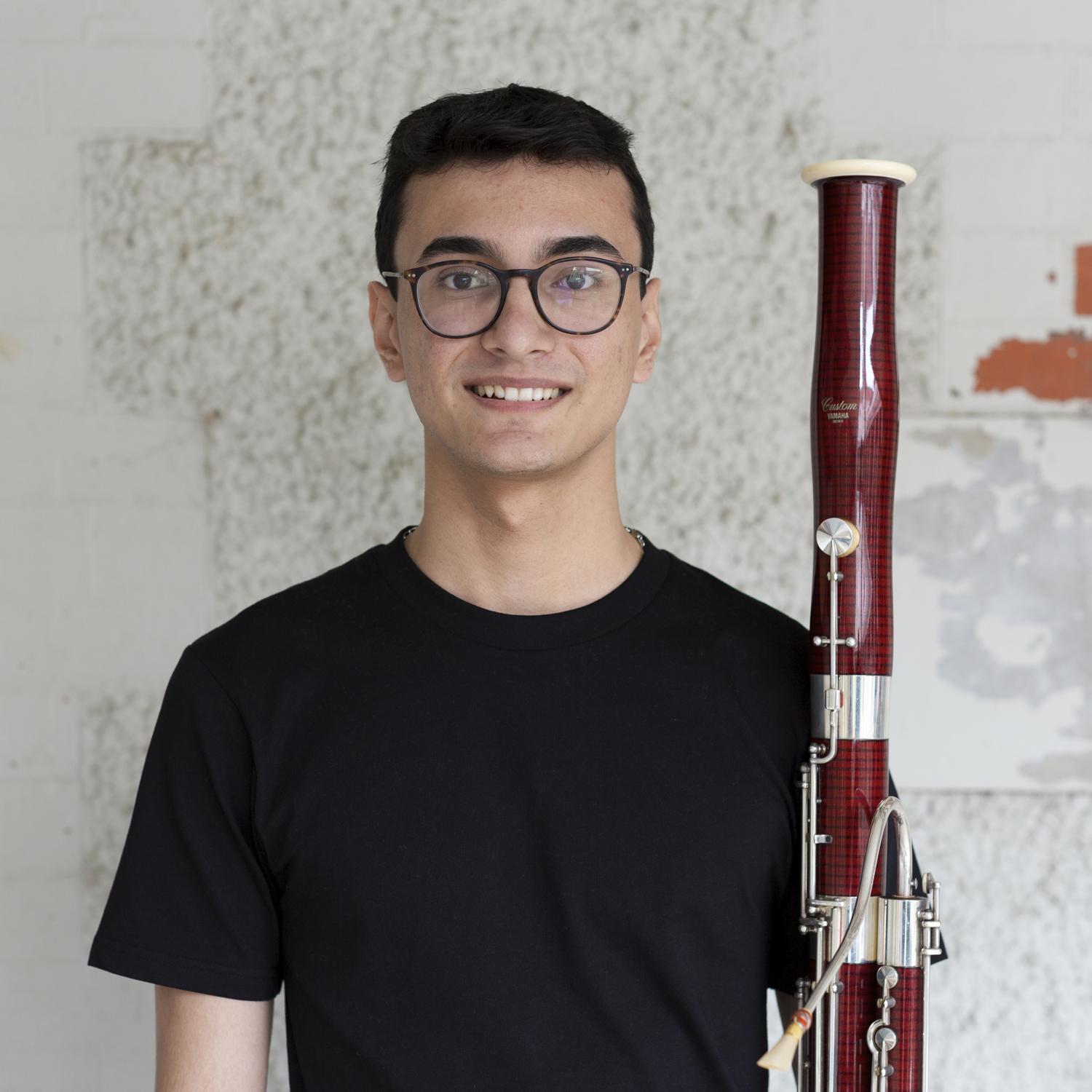 German-Australian bassoonist Andre Oberleuter, is a first-year musician at the Australian National Academy of Music (ANAM) where he studies under former Principal Bassoon of the Munich Philharmonic, Lyndon Watts. Formerly from Brisbane, he recently completed his secondary studies under the tutelage of David Mitchell, Associate Principal Bassoon of the Queensland Symphony Orchestra.

At 18 years of age, he has been awarded numerous prizes and awards, notably First Prize in the 2021 Queensland Symphony Orchestra’s Young Instrumentalist Prize, and First Prize in the 2019 Australian Double Reed Society National Competition. Andre has also been a finalist and semi-finalist in the Melbourne Recital Centre Bach Competition and the Queensland International Chamber Music Competition. Subsequently, he has performed concerti by Vivaldi, Mozart and Weber with orchestras including the Indooroopilly Chamber Orchestra, Queensland Youth Symphony and the Queensland Symphony Orchestra.

Andre has been invited to perform solo recitals and chamber music on bassoon, as well as piano in esteemed venues, such as the Moreton Club, Queensland Performing Arts Centre and Queensland Government House. Additionally, he has been selected to participate in masterclasses with bassoonists Whitney Crockett (Los Angeles Philharmonic) and Simon van Holen (Royal Concertgebouw), and work with prestigious festivals such as the Sunshine Coast Chamber Music Festival. From 2018-21, Andre was Principal Bassoon of the Queensland Youth Symphony, having also appeared on contrabassoon, piano and celeste. He has also had the opportunity to perform in the Queensland Conservatorium Wind Orchestra, Brisbane Philharmonic Orchestra, Australian Youth Orchestra, and the Queensland Conservatorium’s Ensemble in Residence - Ensemble Q.

When Andre is not in the practice room, he enjoys pumping iron at the gym or tanning by the beach.