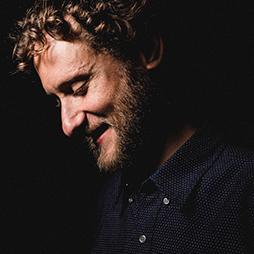 Brisbane-born triple Grammy winner, Tim Munro (flute 2005) began playing flute at age ten, but in spite of obvious talent and subsequent success, he says his passion lies in the music, rather than the instrument. Claiming never to have “truly loved” the flute, and like many musicians, admitting to wistful thoughts about other instruments (more on that later), he reassuringly adds that it is the flute which has enabled him to be a professional musician, and to follow the career he loves.

Tim’s earliest exposure to music was via his mother’s record collection which featured Billy Joel, Neil Diamond and “about four classical records that I wore out,” including Beethoven’s Fifth, which he frequently conducted in the living room.

Most musicians cite inspiring teachers as significant influences and Tim was lucky to have two who “loomed large” in his high school years. The first was flute teacher Debbie Ellison, who provided “an incredible technical grounding as a flute player, and forced me to ask questions about how music should be expressed.” The other was Graeme Morton, director of the high school “badass choir,” who demanded standards that bordered on professional. Tim’s treasured memories of the choir still resonate, as much for the feel of community and support it nurtured, but he also credits the director with introducing him to “strange, contemporary classical music that sent me down rabbit holes that I am still firmly stuck in today.” Without the influence of those two luminaries, Tim says he would not have become a professional musician.

It was during those high school years that Tim’s brother Simon also became passionate about music, but with a different focus that encompassed folk and indie rock, leading to passionate arguments where the two would “scream at each other about the supremacy of Bob Dylan and Gyorgy Ligeti.” Fittingly, Simon is now a singer/songwriter, recently heading up a project called Borrowed Verse, to rave reviews. These days, the brothers’ musical tastes have morphed into alignment, leading to a collaboration in 2017 that they hope to repeat.

In spite of obvious talent and some early success, Tim is candid about the events that led him to ANAM. “I was at my lowest ebb. After studying in America, I'd crashed out of some auditions in Europe and then lived for two years in my mum's basement. I needed to rebuild my confidence as a player, as a musician, as a person.” Embarking on what turned out to be “a tough year” at ANAM in 2005, Tim says it felt like “a last opportunity to be a professional player.” He had worked previously with Margaret Crawford and found her to be a singular flute player, as well as someone who was supportive, passionate, and “so much more than just a flute teacher”. Struggling out of a sense of failure, Tim was making huge changes in his playing and Margaret helped him to understand that for ten years he had tried to be “everyone else's flute player.” A new approach dawned, and for the first time he was “trying to be my own self as a player.” His year at ANAM helped Tim gain the confidence to “take the leap and fly around the world to audition for US chamber group Eighth Blackbird, thus “stumbling into my dream job” that six months later, utterly changed his life.

In typically self-deprecating fashion, Tim maintains that for Eighth Blackbird he was “the right person in the right place at the right time”, but it can be argued that the chamber group provided equally perfect timing for him, as the job helped him to believe something that had always been present in his sub-conscious: “that I am a musician first, a flute player second.” He says that taking on the huge responsibility for co-running a world-class ensemble, having to “get up every day, to rehearse and perform and meet and think and write and argue” forced him to come to terms with his own weaknesses and understand that “we are all imperfect musicians.” Having “chased greatness" as a player, he finally realised that such “a futile, frustrating task” would only stand in the way of what he wanted to achieve.

Not content to rest on his laurels, Tim has recently been appointed Creative Partner with the St. Louis Symphony Orchestra, a role which allows him to live in Chicago (a five-hour train commute), and to continue the communication work about which he is passionate. A combination of live broadcasting, writing program notes and concert curating, it's a job tailored to Tim’s skills and passions and he “could not be more chuffed that they are taking a risk on me”. Oddly enough, zero flute playing is required, giving him time to continue with “a whole bunch of projects that are close to my heart, projects in various stages of completion, projects that could all work out and be amazing, or all fall over and be disasters… I'm trying to take more leaps!”

Asked what advice he would give to his 20-year-old self and, equally, to current ANAM students, Tim’s response is immediate, coming clearly from a place that pre-dates the international success he now enjoys. “It is all going to be okay. You feel old but you are a babe in arms. You might think that you suck, but here's the brutal truth: everyone feels like an imposter, from the greatest conductor down to the back of the second violins”.

And his favourite piece of music? “This question has a different answer each day. At the moment, I'm losing my mind for the composer Anna Thorvaldsdóttir, an Icelandic composer whose music initially felt amorphous, directionless. But now it feels vital, transfixing. She has a long work called In the light of air that is designed as a sort of installation, with a lighting design written into the score. All I want to do is sink into this music, to live in the dappled sunlight of its language.”

Finally, Tim returns to the subject of the flute, and whether he would choose it if he’d known, when he was ten, what he knows now. “The 20/20 hindsight game is easy in one sense: I would certainly choose both cello and piano. But it's hard in another: who knows whether I would be any good at another instrument? Am I only here because I accidentally had an aptitude for blowing over this odd silver tube while typing virtuoso messages on its keys?”

It’s a question to ponder that verges on the existential, but audiences around the globe can be forever grateful that Tim’s aptitude for the “odd silver tube” found expression.

For more information about Tim Munro visit his website.