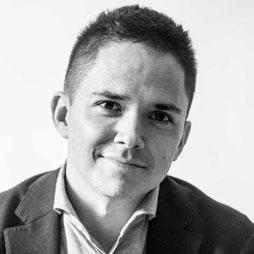 When the role of Executive Director of the Melbourne Chamber Orchestra (MCO) came up over 4 years ago, Richard Jackson (piano 2003) realised that there was an opportunity to blend all of the things he was passionate about. Combining expertise from a Masters of Marketing, and years of intense musical training including a degree at the Melbourne Conservatorium, Richard’s history allows him to find different ways of looking at challenges.

Perhaps it was this attitude that served him well during his mid-20s when an injury meant he was no longer able to play piano. With a six-year absence from music, Richard eventually made his way back, but via a different path. Through his MCO work, Richard is still connected with several of his ANAM peers, reeling off an impressive list of fellow students and teachers.

At the age of 16, Richard was one of the youngest members of ANAM’s first piano program, hosted at the University of Melbourne, and then at the Queensland Conservatorium the following year. It was only later that ANAM found its home at the South Melbourne Town Hall, where Richard attended several masterclasses and participated in the 1998 International Piano Festival. He recalls that these short course experiences were a valuable way to be exposed to different ideas. ‘To receive feedback from prominent international artists - those opportunities didn’t really exist elsewhere’.