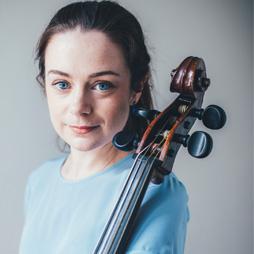 An afternoon with Lucy Price (cello 2015) can energise you for a week. It is not that she runs at a fast pace, but rather, it is the slow burn of passion and enthusiasm for what she does that leaves you personally inspired to do more yourself.

Currently juggling a number of projects, Lucy is excited by two in particular that focus on free music education in primary and secondary schools. She is currently working in MSO’s Pizzicato Effect, with 70 children from 20 schools in the City of Hume; and Crashendo that engages with a group of primary and secondary school children at Laverton P–12 College in the western suburbs of Melbourne. Both programs are based on the principles of El Sistema, the internationally celebrated music program in Venezuela that promotes the benefits of communal music-making to children’s development.

Lucy became interested in El Sistema during a trip to Colombia with the Sydney North Chamber Orchestra, led by Carlos Alvarado. The ensemble travelled to Bogota to partake in a festival, but also gave concerts in impoverished areas. She saw first-hand the effects that music could have on creating connections with the community.

What Lucy loves about the two programs she is involved in, is the emphasis on creativity, something that was also nurtured during her time at ANAM. She incorporates improvisation, singing, body percussion and movement into her teaching. While teaching at these two programs, she has learnt about the positive effects that group learning has on children’s motivation, social skills and well-being.

Starting violin at the age of 5, Lucy never felt an affinity with the instrument, but remembers the joy she experienced playing in an ensemble. It wasn’t until she heard The Swan on the radio that she converted to cello at age 13 and hasn’t looked back. Completing her music degree at the Sydney Conservatorium, Lucy spent two years freelancing, attending international summer schools, and auditioning for different roles before she made the decision to move to Melbourne and start at ANAM.

Studying under the tutelage of Howard Penny, Lucy recalls her time at ANAM with great fondness. ‘ANAM was the most formative time in my life. I really loved it.’ She found it exciting, challenging and constantly inspiring to walk into a building with so many talented musicians. What she loved most about ANAM was the variety of programs that were offered, and believes this is what encouraged her to be a musician with such a broad range of interests.

At ANAM Lucy further developed her passion for Baroque music. Since leaving ANAM, she has connected with several musicians with whom she made a period instrument trio called ‘The Muses’ Delight’. She is also enjoying freelancing with a number of ensembles, including the Melbourne Baroque Orchestra. She plans to travel to Europe next year for summer festivals and lessons to further her baroque playing.

Lucy says that she never wants to stop learning, and perhaps this is what drives her to be a musician with such a broad range of interests. She plans to continue her passion for education, performance, and community engagement. Her interest in the way society interacts and engages with music is at the forefront of everything she does, and is sure to shape her future.