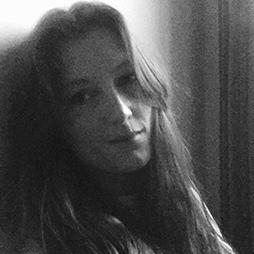 ANAM Graduate: 2009
Instrument: Flute
Favourite piece of music: A tie between Mahler’s Song of the Earth and Rimsky Korsakov’s Scheherazade

Dominique Chaseling might never have played flute if there’d been a second saxophone in her primary school’s music room. Joining the music program at age eight she badly wanted to play sax, however someone had beaten her to it, so the decision was made for her. As it turned out, she excelled at flute and enjoyed 'being good at it' so down the track, following music as a career wasn’t a conscious decision, but 'something I did so often I just never considered anything else.'

In spite of her early success, Dom describes herself as a 'ring-in' who made it into ANAM almost on a whim. A nervous auditionee, she had applied previously without success and hadn’t considered trying again until she was in Melbourne for lessons (with Prue Davis), when a friend persuaded her to give it another go. She decided she had nothing to lose, fronted up to the panel and was accepted as a mid-year entrant.

The next two and a half years were a 'baptism by fire' as she settled into the close-knit woodwind community, but she loved the whole experience. At the time, ANAM had just survived closure so 'it felt as though there was something to prove... the program load went through the roof'.

She remembers feeling under pressure for most of the time, but in the sense that 'pressure creates diamonds' rather than in a negative way.   'It’s a feet first experience and you just do it... everything is programmed for you, you’re performing two or three times a week, churning out repertoire.'

With the benefit of hindsight, she now feels the most significant thing she learned at ANAM was in coming to terms with understanding her own technique, and how she could use that technique to 'say something genuine and sincere in my performance, rather than just imitating the same old rhetoric!'

On leaving ANAM Dom had offers to go overseas, but opted to do her Masters instead. The contrast couldn’t have been greater and she was unprepared for such a high level of autonomy. Looking back, she 'didn’t seek out enough stewardship and it was too much of a shift down... I felt really isolated, compared with others who had a plan.' While thrilled to see a number of her friends studying and performing overseas, she sometimes felt that she was failing by comparison. She sees a greater emphasis on being prepared for life beyond ANAM for today’s students, but in the heady days of 2009 following it’s near closure, she says being prepared for the future “wasn’t the squeaky wheel” and it took some time to find her feet.

Just as her freelance career was becoming established, an extra challenge arose for Dom in the form of a basal cell carcinoma on her upper lip. Surgery ensued, complete with skin grafts, and while the scar is now undetectable ('I have a great dermo') it took over a year to build a new embouchure and rehabilitate the scarring . In spite of everything she managed to keep playing and several years on, Dom is now an established freelancer and teacher, and is part way through her PhD in classical improvisation. Her schedule includes frequent work with Orchestra Victoria and Victorian Opera which she loves, plus touring and occasional pop gigs which are 'the most fun... I would do them every week if I could'.

All performers have scary moments and for Dom, her most memorable was the 'worst game of musical chairs ever'. Striding on stage for an orchestral performance, she found she had no chair. Standing awkwardly in the middle of a now-seated orchestra while trying to process what to do were 'seconds that went on forever!' To this day, she still checks from the wings that she has a chair and a music stand before venturing out for a performance.

By contrast, she nominates her best performance moment as working with Meow Meow performing Wunderschon at the Malthouse. 'It was such a great project - the music was so evocative, and the production seamlessly brought the (incredible) staging aspects and the music together for a really powerful performance. Accompanying an artist like Meow and being so close to her while she performs - it was amazing to see that level of artistry up close.'

What comes next for Dom is an open question. The possibility of combining her music career with psychology is a distinct possibility, as she feels strongly about the need for better support in mental health for musicians, many of whom struggle with the rigours of touring, performance and the stress and lack of continuity that entails.

Whatever path she takes, one thing is clear: whether it’s Meow Meow or Mozart, she is passionate about making art.