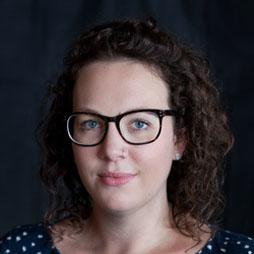 Amy Brookman (violin, 2014) juggles an impressively busy schedule, on contract with the Melbourne Symphony Orchestra, touring with the ACO Collective and steering the Penny Quartet with fellow violinist Madeleine Jevons.

In 2016 alone, the Penny Quartet performed as Festival Artists at the Four Winds Festival, presented a recital tour across Victoria and Queensland, and collaborated and recorded with composers and artists such as the Bennetts Lane Big Band and Zola Jesus.

Formed in early 2014, the Quartet made their public debut in a live national broadcast. The group went on to win the ANAM Chamber Music Competition, were nominated for the Freedman Fellowship award, and were the proud recipients of the John and Rosemary Macleod Travelling Fellowship. Amy is one of two founding quartet members.

In managing the business of being a quartet, she relishes being a driving force behind the group’s collaborations, having also negotiated a partnership with Melbourne based composer/pianist Joseph O'Connor. In addition, Amy handles all of the quartet’s financials. ‘I look after the numbers, and Mads, the words’. It’s also hard not to be a chief cook and bottle washer when the group rehearses in her living room.

Hailing from Brisbane, where she studied at the Queensland Conservatorium completing a Bachelor of Music (2009) and Master of Music Studies (2010), Amy has now called Melbourne home for 6 years. Interestingly enough, she once admitted that her German-made Roth violin loves Melbourne’s cold whether, producing a warmer and clearer sound. But Amy herself also boldly claims to adore our chilly climate. Perhaps it was ANAM that helped her acclimatise.

Amy watched a migration of amazing players from the Queensland Con moving south to study at ANAM. ‘I knew it was the best place to be’. After an emotional audition experience – that only helped to affirm for the ANAM Faculty Amy’s love for music making – she studied under the tutelage of Adam Chalabi and Dr Robin Wilson. ‘ANAM gave me access to the worlds leading teachers and performers that guided me towards a successful career’.

Her dream is for the Penny Quartet to become a sustainable full-time ensemble, however a contract with the Melbourne Symphony Orchestra is a wonderful opportunity to play some of the world’s best music and to live inside the big sound of a full Symphony Orchestra, which Amy loves.

Amy is a firm believer that ‘money is never the thing you think about (when you choose to become a musician)’. And considering the wealth of projects, performances and collaborations Amy has already contributed to the Australian music scene – thank goodness for that!