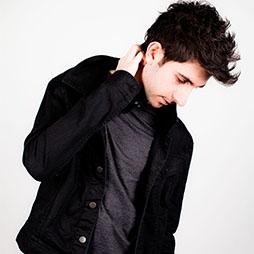 Brisbane pianist Alex Raineri went through the Professional Performance Program (PPP) at ANAM from 2014 to 2015 and followed seemlessly into a Fellowship in 2016. Eschewing the normal path of school-university/conservatory-career, Alex started performing professionally at age 14. He had a fairly clear idea of what he wanted to achieve in the PPP and then his fellowship project. And this shows in the way he manages his career now. At the core, is his artistic integrity and musical ability as a soloist and ensemble player. His professionalism shines through his public persona and is underpinned by business activities - the essential but sometimes tedious things you have to do to sustain the life force at the heart.

ANAM gave him the space and safe environment he sought to practice to develop his performing skills and to experiment, to take risks. Once fully professional you fight for these. What else from ANAM? Preparing and performing with artists at the top of their game, who form a steady stream of visitors is a distinctive feature and rich, fertile ground. Subsequently it can seed your network, an essential asset to any small business. It is different from socialising, another rich benefit from ANAM, inspiring friendships and joy in music making that endure long afterwards. Networking is key to growing as a professional musician, requiring investment and conscious strategy: a profile, channels of communication, presence, access. You know it is worthwhile when the opportunities start coming to you, as Alex is finding. His advice to students: ‘Be nice’ and ‘Practice, practice, practice while you can.’

His core interest in contemporary music took him to Graz, Austria, in February for the 10th International Ensemble and Composers Academy for Contemporary Music run by Impuls. For him it was an excellent opportunity to meet and to work with leading composers and performers in creating music in this moment and for future moments. Contrary to what one might expect, he finds that placing contemporary music at the core of his practice is a sought after distinction, generating enquiries.

The ANAM network bore fruit and he skipped to UK for lessons with Kathryn Stott (Director of the Australian Chamber Music Festival from 2018) and Imogen Cooper (returning to Australia in August).

Not short of humour, Alex is an intellectual musician. His doctorate at Griffith University continues and much of his performance program centres on projects with themes, such as the 2017 series 'Words Fail' with his own group, Kupka's Piano, ensemble-in-residence at the Judith Wright Centre of Contemporary Arts from 2013. The program explores communication when words fail and, like most of Kupa's programs, features new commissions. They will perform an adaptation of Samuel Backett's play, 'Words and Music' with a score by Morton Feldman in the Queensland Music Festival this July.

Next year Alex will build a performance program around his doctorate - always seeking synergy. His Michael Kieran Harvey scholarship enabled him to hire the Eugene Goossens Hall to record two CDs, one classical/romantic, the other contemporary including a work he has commissioned from James Ledger. These will be central to his network presenting Alex Raineri the pianist.